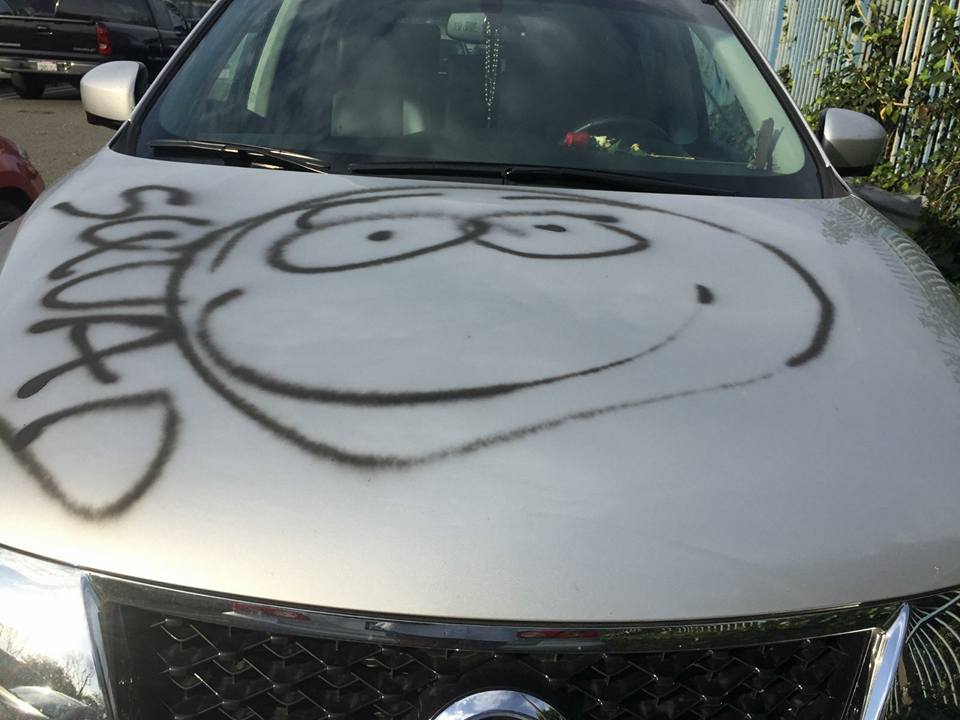 VICTORVILLE-(VVNG.com): On Wednesday, July 1, 2015 several Victorville residents woke up to vandalized vehicles in the area between Cobalt and Brucite Roads.

According to authorities, approximately 10 vehicles were vandalized with black spray paint overnight by unknown subjects. At this time there are no suspect descriptions and the incident is still under investigation.

Anyone with any information regarding this vandalism is asked to contact the Victorville Police Department at (760) 241-2911.

Those wishing to remain anonymous can call the WeTip Hotline at 800-782-7463 or leave information on the WeTip website at www.wetip.com.