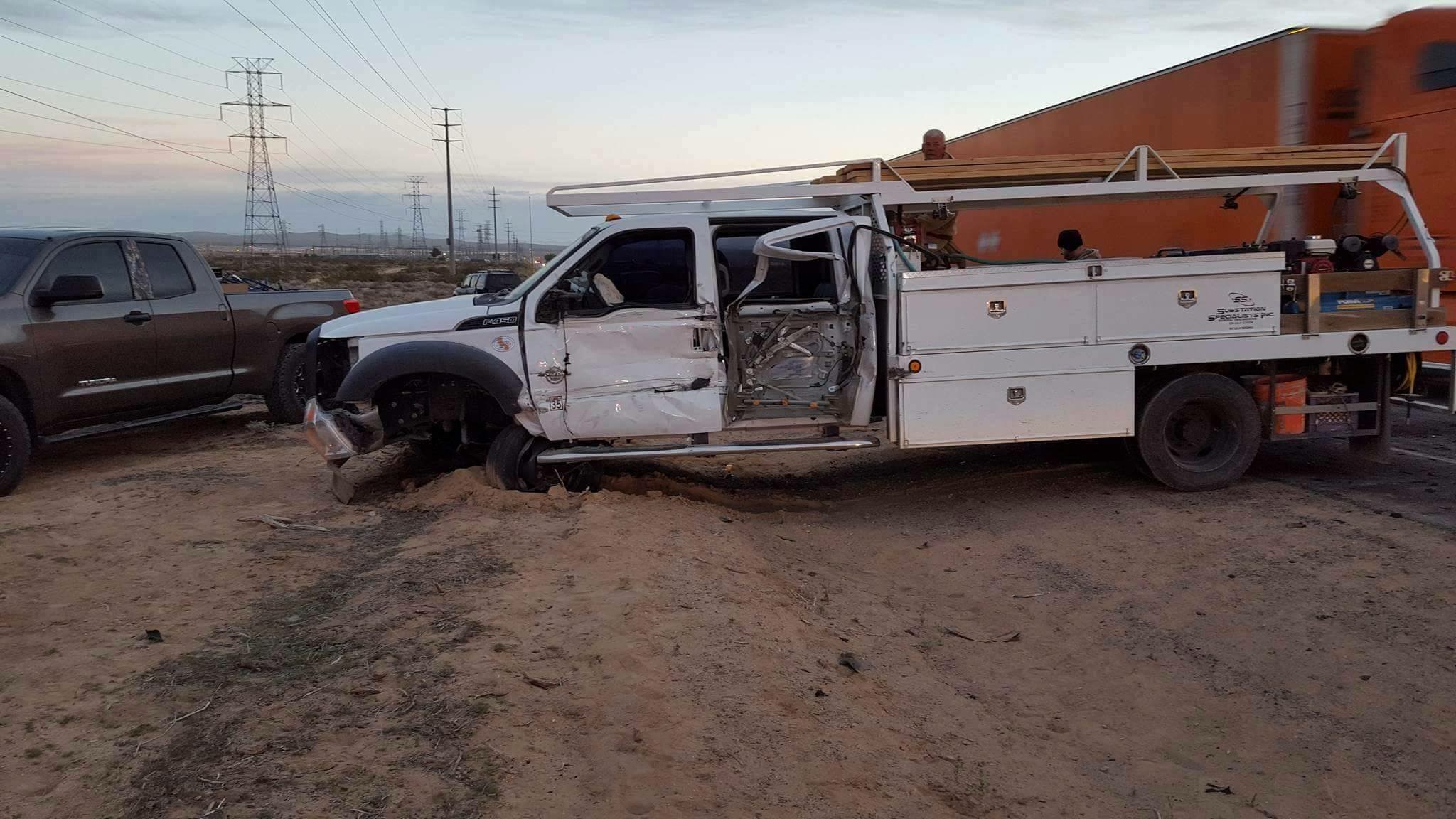 According to the California Highway Patrol, A 30-year-old male driver, traveling northbound on US 395, in a 2012 Ford F-150 turned to the left crossing illegally over a solid yellow line into southbound traffic to pass another vehicle. As the driver moved into the southbound lane, he observed a 2011 Peterbilt truck tractor, hauling two produce trailers, traveling southbound in front of him. The driver of the F-150 turned to the left traveling onto the west dirt shoulder and turned back to the right reinterring the southbound lane.

As the F-150 reinterred the southbound lane, it collided with both of the Peterbilt trailers and the rearmost trailer broke apart causing debris to enter the northbound lane.

The driver of the Toyota Corolla, a 21-year-old male, and a 3-month-old infant passenger from the Nissan Pathfinder sustained minor injuries and were transported to Barstow Community Hospital by Hall ambulance. Drugs and alcohol are not a suspected factor in this collision.

This collision is still under investigation by the California Highway Patrol, Barstow Area.