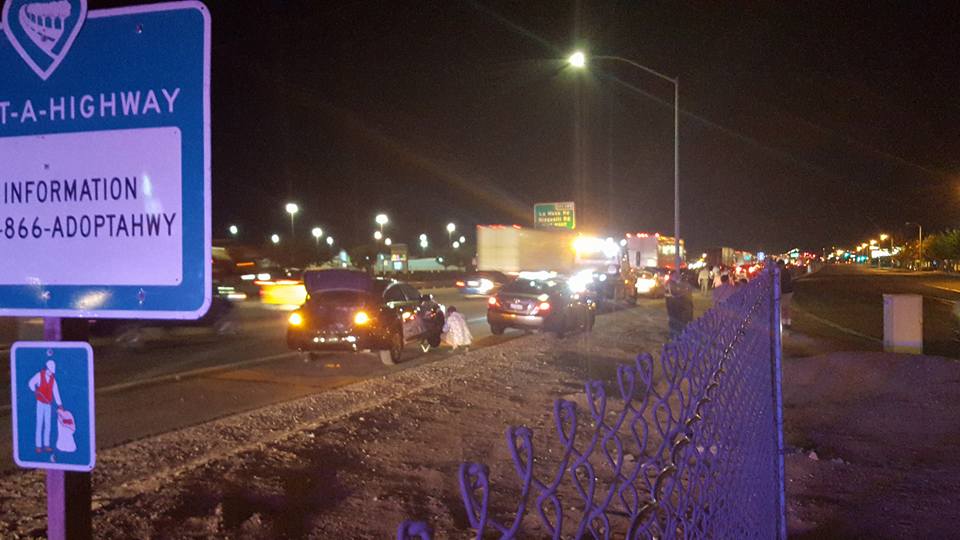 VICTORVILLE-(VVNG.com):  Numerous vehicles sustained damage during their Monday night commute on the 15 freeway northbound.  The damage occurred due to the vehicles hitting fork lift arms in the roadway.

The damages to up to 14 vehicles, consisted mostly of tire and rim damage in the area just north of the Bear Valley off ramp.

“We handled six separate collisions, those consisted mainly of rims

Photo By: Perry A Millard

and tires” said CHP Officer Rob Grieve. According to Grieve, there may have been additional damages that were handled privately and not reported to the CHP.

Per CHP logs the incident began with a 10:00 p.m. with a report of debris in the #1 (fast) and #2 (middle) lanes of the freeway. The debris according to Officer Grieves was several fork lift arms that were part of a lost load from a truck.

There were no injuries reported as a result of this incident, although vehicles were reported to have swerved to avoid the fork lift arms no vehicles collided. By about 10:30 p.m. all lanes were cleared and open to traffic.