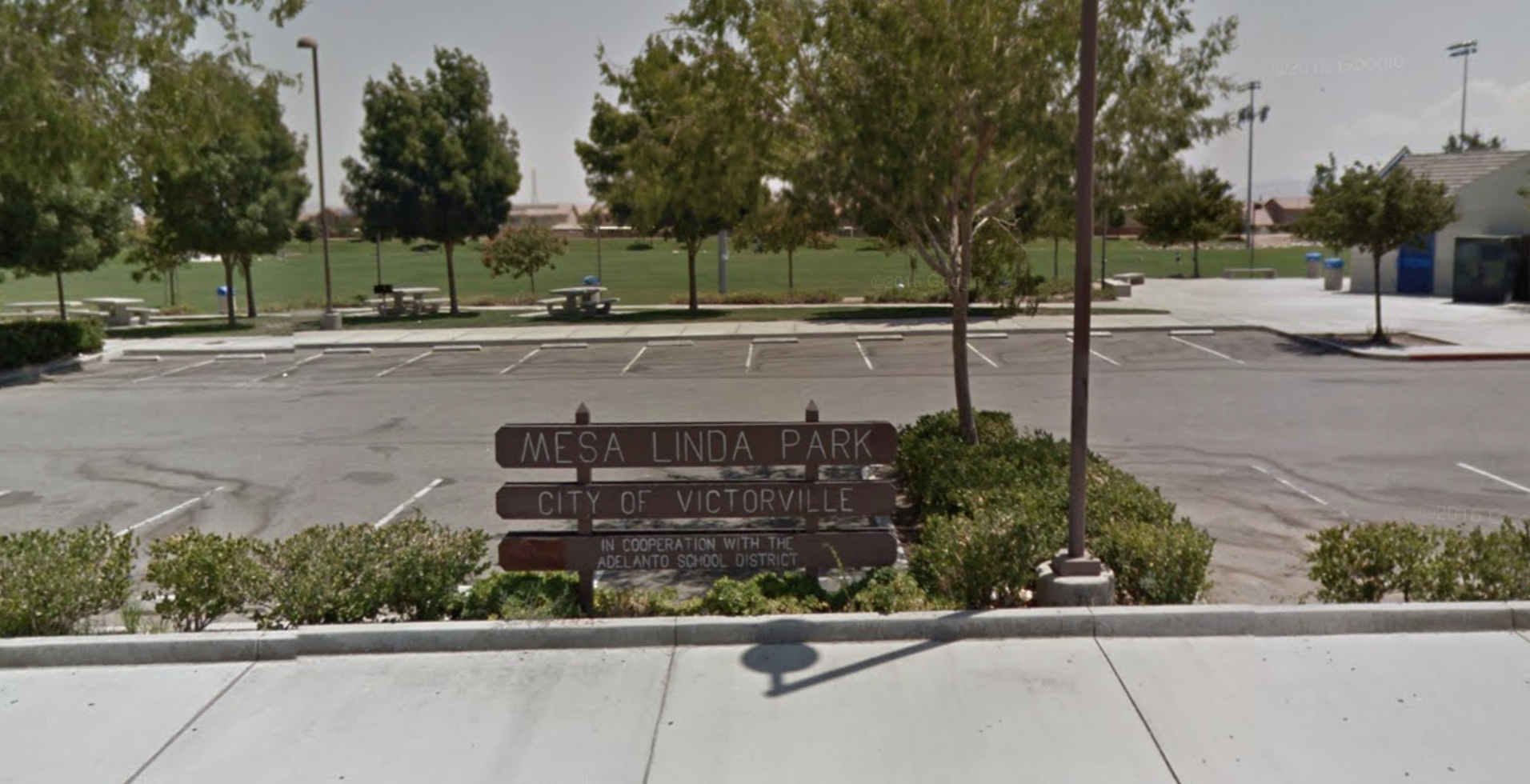 At about 6:13 PM on August 28, 2020, a large number of sheriff’s deputies along with a helicopter quickly responded to the park in the 13100 block of Mesa Linda Avenue.

Cell phone video taken by an unknown source from inside a vehicle in the parking lot, showed a person running near the picnic benches followed by the sound of 4-5 gunshots.

A woman who did not want to be identified said she was at the park having soccer practice and saw everyone from the basketball courts running onto the fields. “I literally screamed at the kids to run! My heart was beating so fast. We didn’t know where to go because we were trapped towards the back of the field,” she stated.

Other witnesses reported the suspect was upset over losing a basketball game and made threats to come back and shoot up the park.

The shooter fled the area in a vehicle before deputies arrived. Witnesses described the gunman as a young male Hispanic, wearing a blue face mask and dark clothing.

Sheriff’s spokeswoman Cindy Bachman said investigating deputies found no evidence to indicate there were any victims and no suspects were identified.