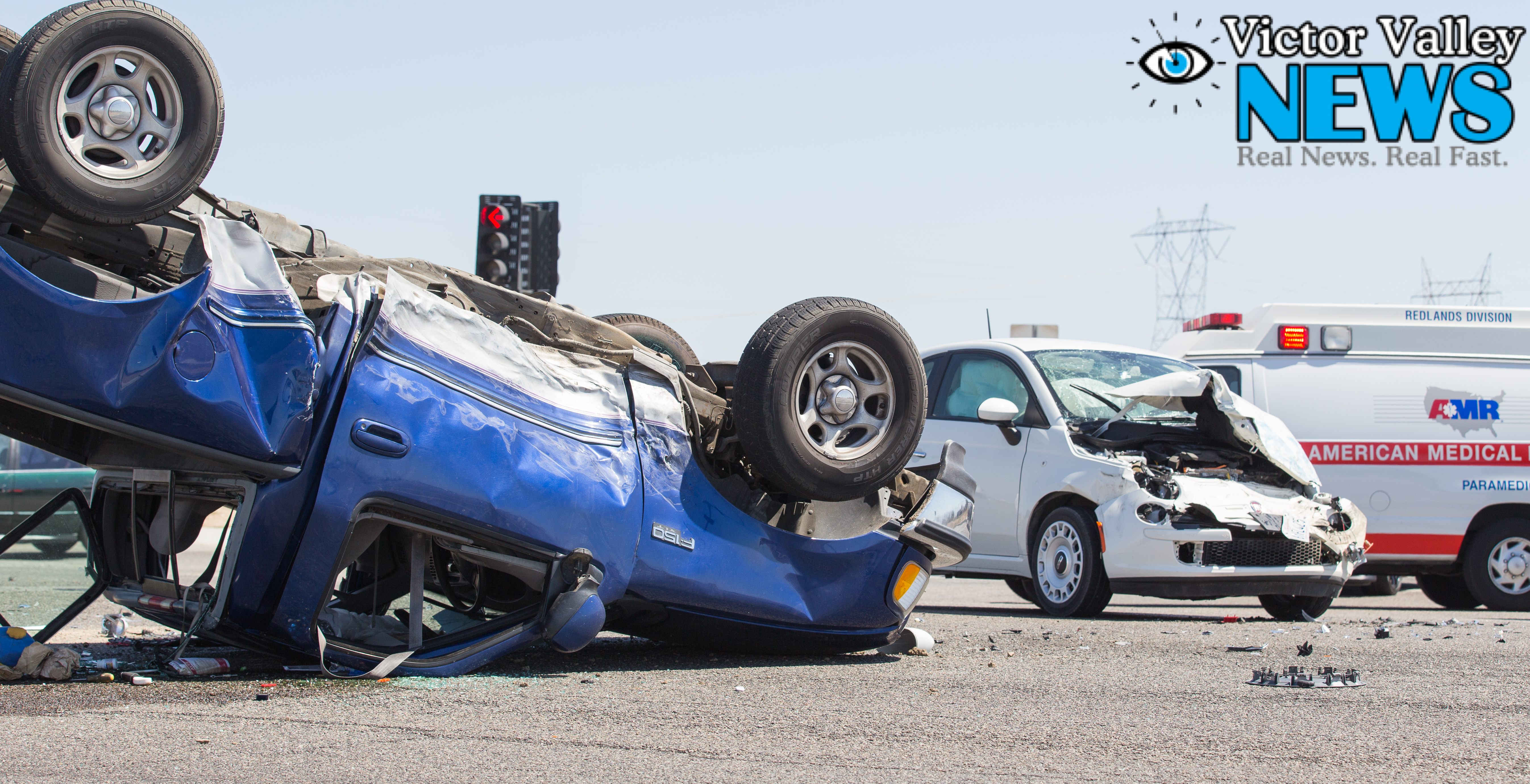 VICTORVILLE:(VVNG.com)- A portion of Palmdale Road was shut down on Monday afternoon following a major damage and injury traffic collision.

According to authorities, the truck was stopped at the red signal in the left turn lane of northbound Amethyst Road to turn onto westbound Palmdale Road.

The Fiat, was traveling in the #1 (fast) lane of Palmdale Road approaching Amethyst on a green signal. As the fiat was driving, he reached behind him, grabbed a few water bottles and threw them on the floorboard of his vehicle. As he looked up at the light, he realized it turned red and as he attempted to apply his brake, he realized the water bottles were under the brake pedal causing him to run the light. Running the light caused the driver to broadside the truck as it made the left turn in the intersection.

The impact from the collision caused the truck to roll over, causing injury to all three occupants in the vehicle. Authorities said that the driver and the middle passenger were transported to St. Mary’s Medical Center and the third occupant of the truck was transported by ground ambulance to University Preparatory School where she was then airlifted to Arrowhead Regional Medical Center. According to family, the woman airlifted sustained back and neck injuries but is reported to be in stable condition.

Palmdale Road was shut down between San Martin and Cobalt while the roadway was cleared. Per scanner traffic, Palmdale Road reopened at 3:35 P.M. 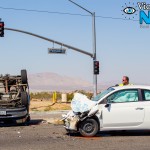 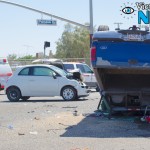 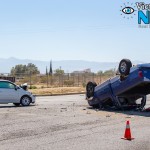 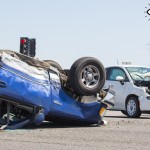