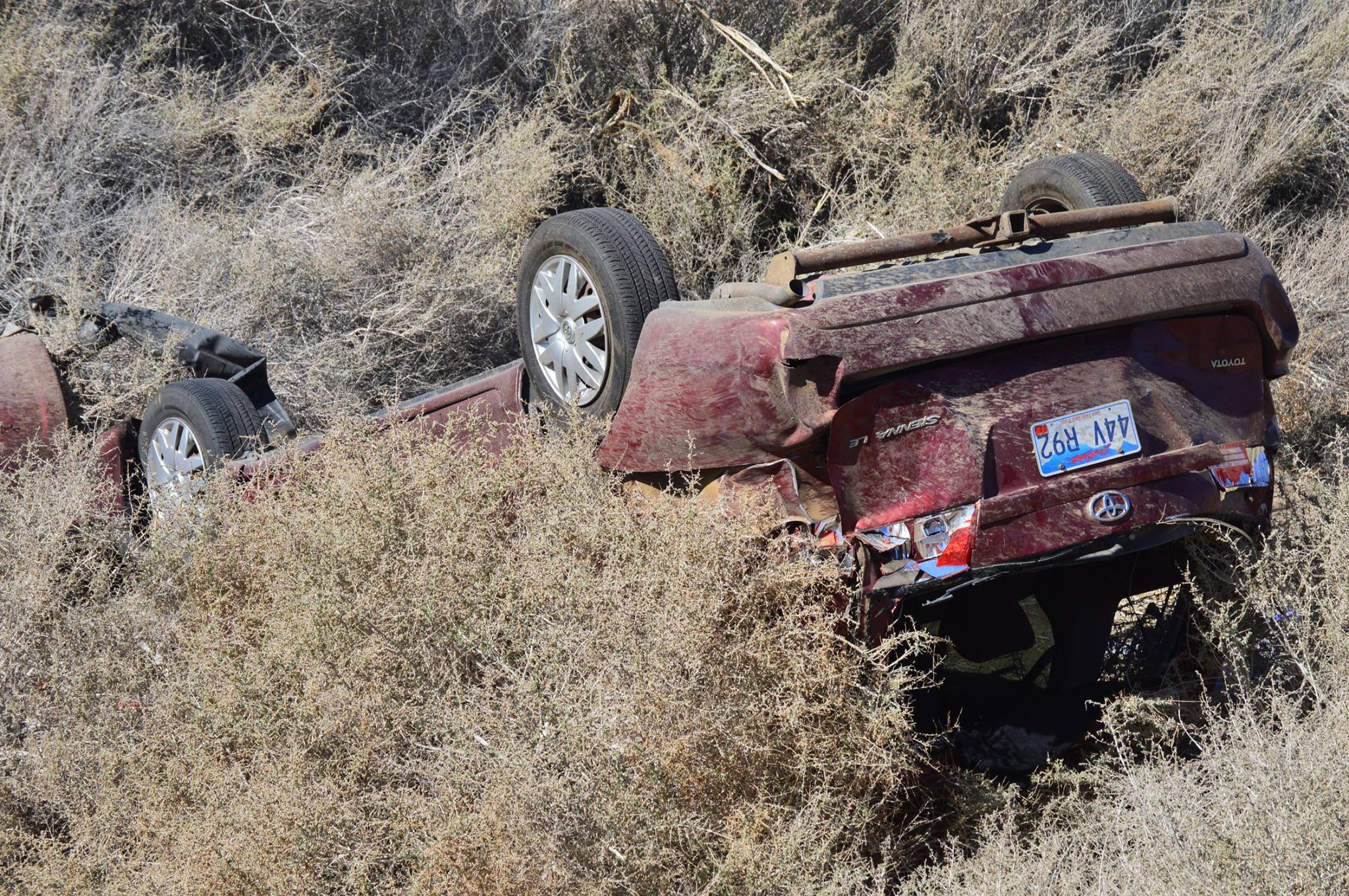 VICTORVILLE:(VVNG.com)- An air ambulance was requested to transport at least one seriously injured patient involved in a single vehicle roll over on the southbound 15 freeway.

A vehicle described as a burgundy Toyota Sienna Mini Van rolled approximately 60 feet off the roadway and 20 feet down an embankment just south of Stoddard Wells Road and landed on its roof. The incident was reported at 1:03 P.M., on Saturday, March 7, 2015.

According to CHP incident logs, an off duty deputy was at the scene and attempting to remove the trapped patient from the vehicle. The dashboard of the vehicle was reported to be pushing down on the occupant.

Firefighters requested the use of airbags in order to lift and stabilize the vehicle while they extricate the trapped patient from the vehicle. First responders established a triage on the freeway to treat multiple patients.

Per scanner traffic, a male trapped inside the vehicle described as an “immediate” patient was transported by air ambulance to Arrowhead Regional Medical Center.  A second seriously injured patient described as a female was also taken by ground ambulance.

The left lane of the southbound 15 freeway is shutdown while first responders rescue the patients. Traffic is reported to be backed up for 1/4 mile.