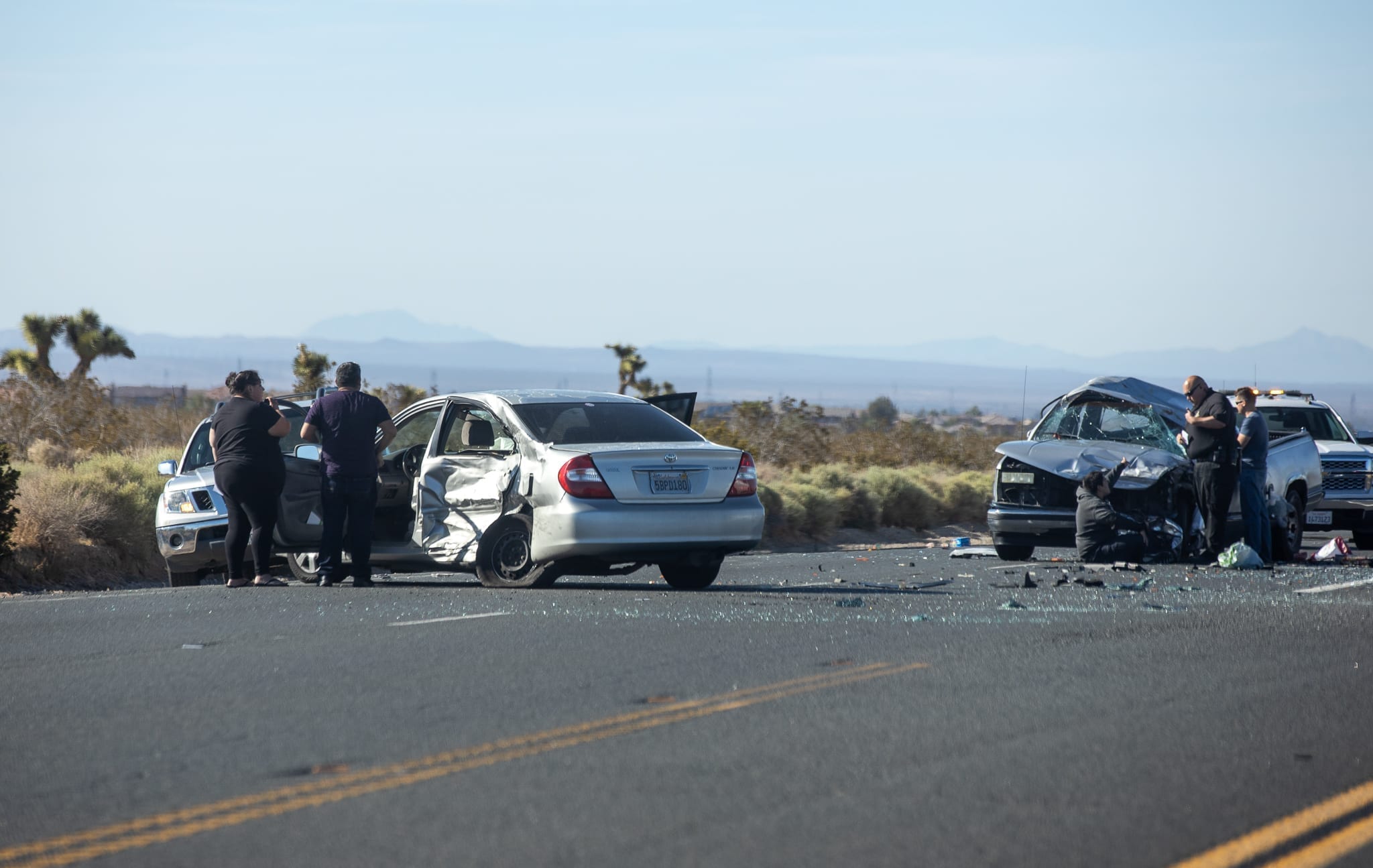 VICTORVILLE, Calif. (VVNG.com) — Highway 395 was briefly shut down while a medical helicopter landed in the roadway to airlift a woman injured during a traffic collision Monday evening.

First responders arrived on scene and located a 1990 Chevrolet pickup truck with major front end damage. A female driver in the truck was trapped and a male passenger was sitting down in the roadway.

Two occupants, a man and a woman inside of a 2003 silver Toyota Camry were able to exit their vehicle that sustained major damage to the driver side.

A witness at the scene told Victor Valley News he was heading northbound on 395 behind the truck and the sedan was exiting on Sycamore attempting to turn onto the highway when the two vehicles collided.

The witness said the truck rolled at least six times before coming to a stop.

When Victorville City Firefighters arrived they helped free the woman from the mangled truck and requested a Mercy Air helicopter to land at the scene.

Officers closed the highway between Eucalyptus Street and Bear Valley Road while the airship landed and authorities treated the injured.

The woman was airlifted to a trauma center with unknown injuries. The male passenger of the truck was transported by ground ambulance with non-life threatening injuries.

The occupants of the Camry were also transported by AMR ambulance to a local hospital.

Highway 395 was closed in both directions for approximately 1 hour. Victorville PD is investigating the crash.