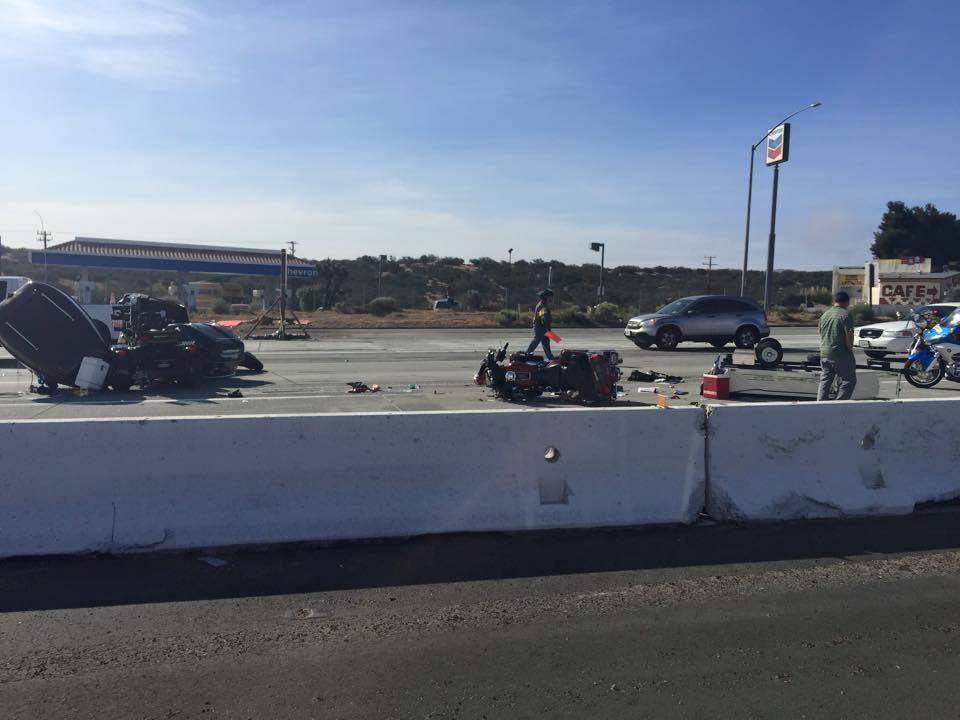 OAK HILLS -(VVNG.com): Three motorcyclist were ejected from their motorcycles on Wednesday, May 13th at approximately 8:27 A.M.

Lynn Elbe, a 71-year-old Ohio resident was riding his 2006 Harley Davidson on the I-15 northbound south of Oak Hill Road at an unknown rate of speed. For unknown reasons, Elbe lost control which made his motorcycle strike the ground in the #2 lane subsequently ejecting him.

A second motorcycle, a 2006 Honda, ridden by George Mocabee a 64-year-old Upland resident, approached the disabled motorcycle. In order to avoid crashing into it, Mocabee made an evasive maneuver causing him to strike a third vehicle to his right.

The third motorcyclist, William Ray a 64-year-old from Las Vegas was ejected from his 1997 Harley Davidson.

Mocabee was also ejected from his motorcycle when the two collided.

The three riders and passenger of one of the motorcycles were transported to local hospitals by ground ambulance. None of the injuries are believed to be life-threatening in nature.

The collision, which is still under investigation, caused traffic delays for several hours.