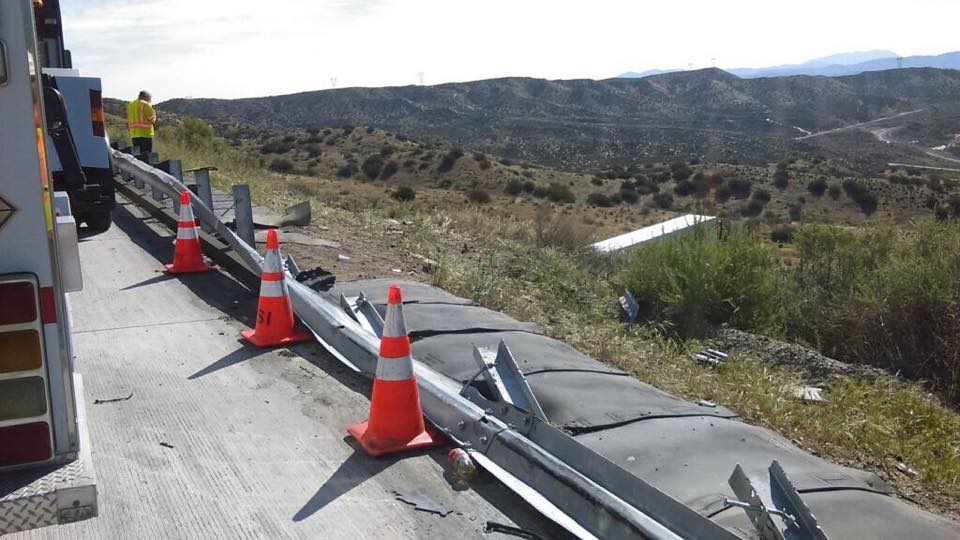 CAJON PASS:(VVNG.com)- Multiple lanes of the northbound 15 freeway have been shut down after a tractor-trailer went over the side of the freeway an estimated 500-600 feet.

Per CHP incident logs, the #4 and #5 lanes will be closed for approximately 8-9 hours in order for the tow truck to retrieve the truck from over the side.

Caltrans hazmat and Laco fire hazmat are on-scene for a possible fuel spill coming from a full 150 gallon tank. A large quantity of oil from the engine soaked into the dirt, according to reports.

The semi is reportedly loaded with 20,000 lbs. of electronics. And the driver of the tractor-trailer was not injured during the crash.

At this time the exact cause of the incident in unknown. More information will be updated as it becomes available. 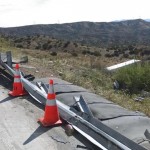 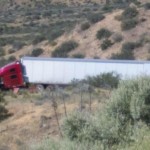 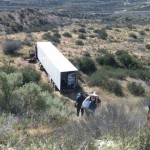