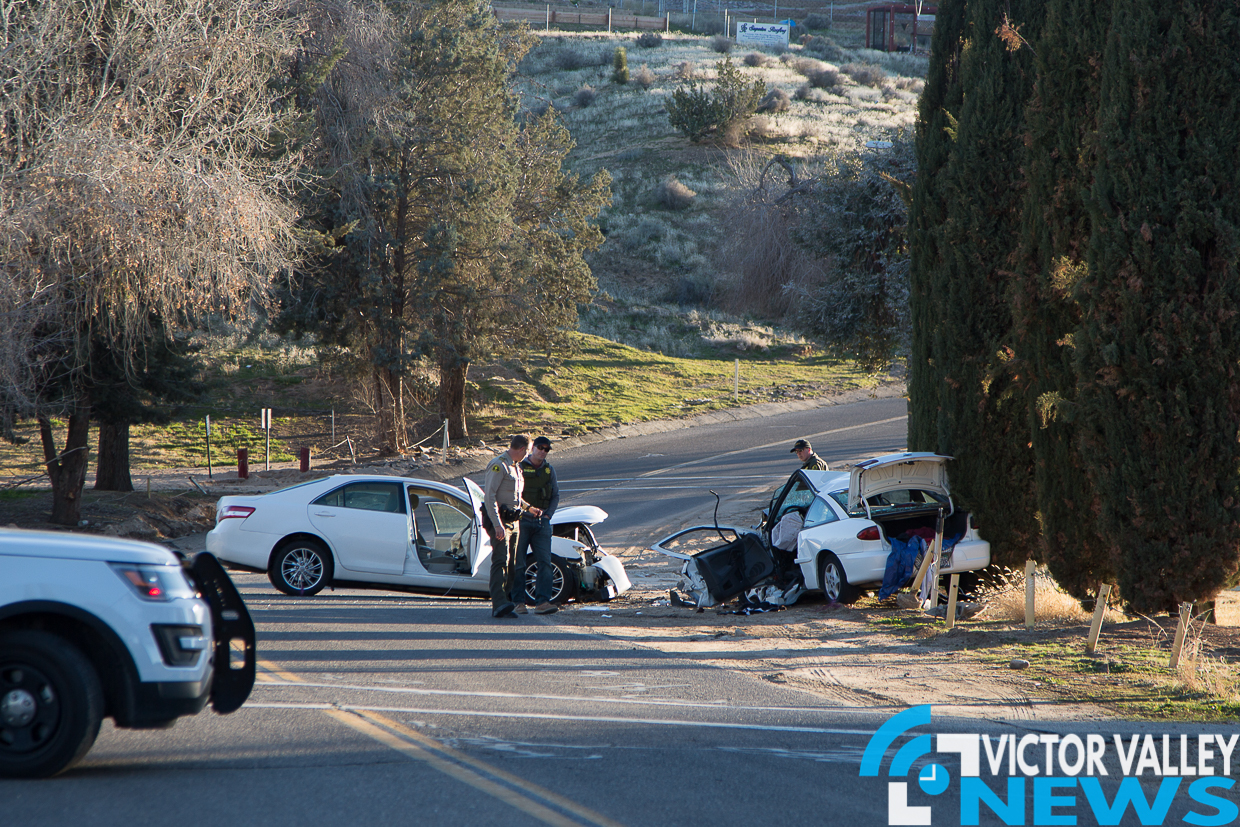 San Bernardino County Firefighters responded to Peach Avenue and Centennial Street at 3:260 p.m., in front of the Hesperia Golf Course. They located a Toyota Camry with a 50-year-old female and her 17-year-old daughter, and a Chevy sedan with a male adult driver.

Firefighters worked to extricate a victim from one of the vehicles which took approximately 20 minutes.

According to Battalion Chief Kelly Anderson, all patients were listed as needing immediate attention and transferred by air ambulances to trauma centers.

Deputy E. Getts with the Hesperia Sheriff’s Department said the incident is being handled as a major traffic investigation and the road will be closed for 1-2 hours.

The cause of the has not been determined and is currently under investigation by the Hesperia Sheriff’s Department.