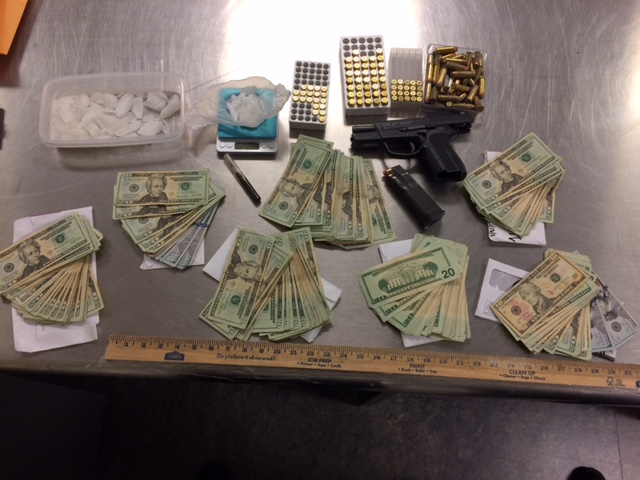 These gangs actively recruit prospective members from our communities, usually children from our neighborhoods and schools. Members and associates of these two gangs actively sell narcotics and weapons to further their criminal organization and to instill fear in the community.

As a result of the ongoing investigation, on February 2, 2017, The District Attorney’s Office issued arrest warrants for over 50 documented gang members and associates from the two gangs with criminal charges related to conspiracy to distribute cocaine, methamphetamine, marijuana, prescription drugs and various weapon violations.

Approximately 70 arrests were made during this investigation; investigators served 19 search warrants, seized approximately 12 pounds of methamphetamine and took 18 guns off of the streets.

The San Bernardino County Sheriff’s Department is committed to aggressively pursuing gang members and narcotic traffickers that threaten the safety of our local communities. “When violent crime and narcotics trafficking are reduced, communities throughout the county are safer for residents. I am very proud of the work done by all agencies involved in this investigation.” Sheriff John McMahon.

The Sheriff’s Department will continue to work closely with the District Attorney’s Office in the prosecution of dangerous offenders who participate in criminal street gangs. “Thanks to the diligence and collaborative efforts of the Sheriff’s department and all involved agencies, these alleged gang members involved in the distribution of drugs in our High Desert region will now face justice for their actions,” said District Attorney Mike Ramos. “We started this war on gangs in 2005 and we will continue to hold these criminals responsible for their actions, despite the ‘soft on crime’ approach that has eroded public safety in recent years.”

Chairman of the Board Robert Lovingood stated, “This is another example of the truly outstanding work that the Sheriff’s Department, County Probation and other law enforcement professionals do on a daily basis. These 70 arrests are a major blow to criminal gangs and underscore San Bernardino County’s commitment to aggressively combatting crime, even as the state of California retreats from its responsibilities.”