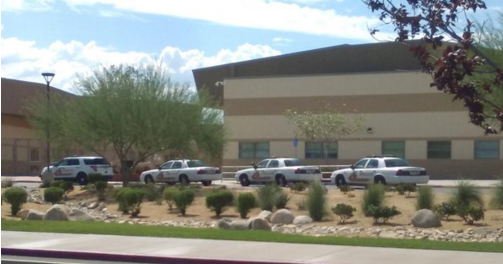 Deputy John Hayes, School Resource Officer at Adelanto High School said that as the students leave at the end of the day, those walking home tend to disperse in the area of Mojave drive and Aster road.

“This week we have had reports of a number of fights which have involved teenagers.  Some of these reported fights have been verified and some have been found to be students merely walking home in large groups.”

No serious injuries have been reported as a result of these fights and no weapons have been used. According to Deputy Hayes, there were unverified reports of witnesses seeing weapons.

In order to address these problems, the Sheriff’s department has increased police presence in the area. They are hoping that this will disrupt or prevent fights. “The Sheriff’s presence has resulted in three citations and a towed car,” said Deputy Hayes.