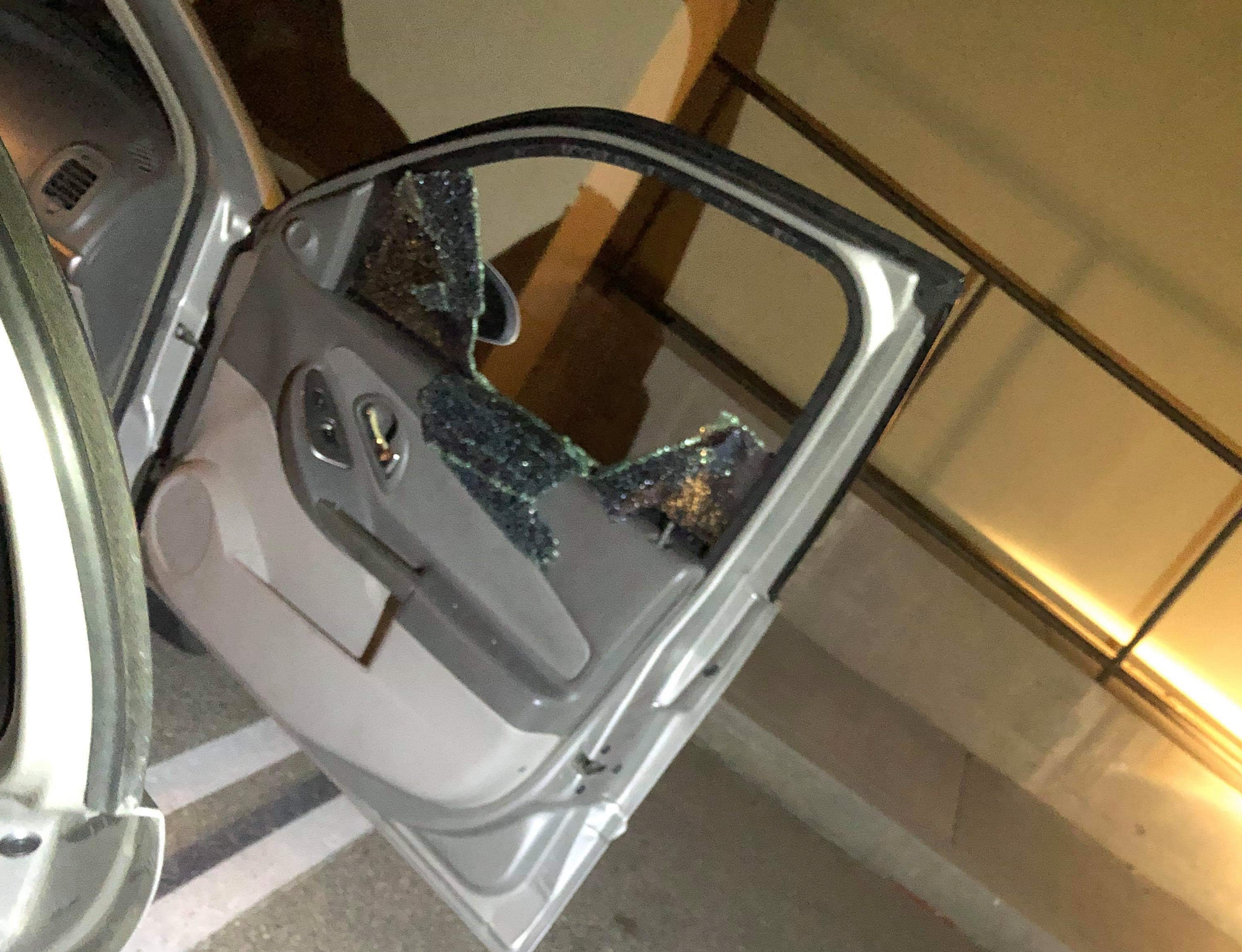 APPLE VALLEY, Calif. (VVNG.com) — Up to 10 cars were reportedly broken into Thursday night in the parking lot of a movie theater.

A woman who contacted Victor Valley News said she contacted the police department and was still waiting for them to show up to take the report.

She had a bag in her vehicle that was stolen after a person smashed her back window to take it.

“It’s almost been two hours and still no police have shown up,” Yazmin Barajas stated. “There are at least 10 other cars here that were broken into also,” Barajas said.