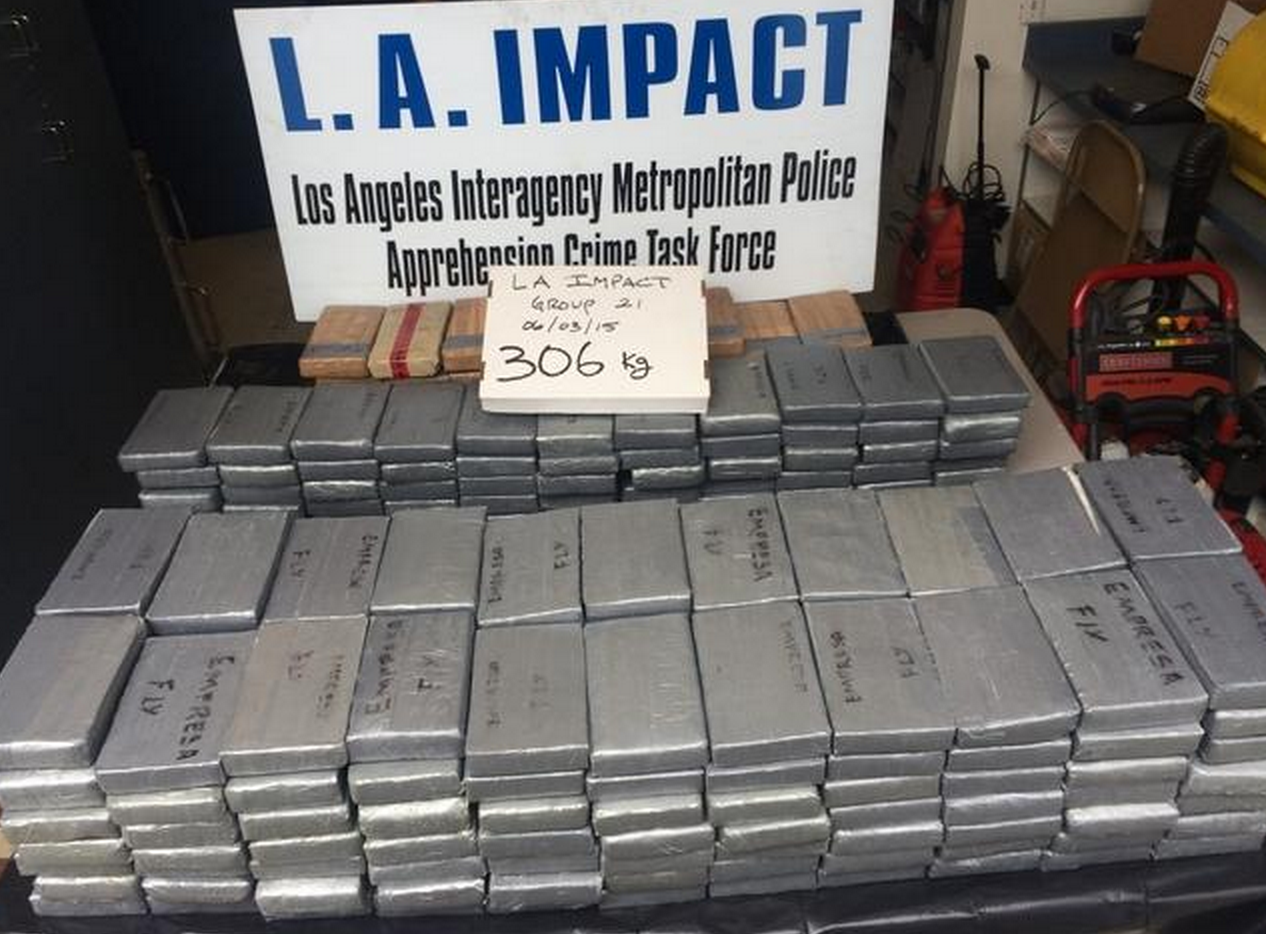 VICTORVILLE-(VVNG.com):  Three Victorville men were arrested and a child was taken into protective custody after a vehicle was pulled over and searched on Highway 395.  The vehicle was located carrying 24-year old Eligio Alvarez Manrique, 22-year-old Jose Manuel Lopez,  24-year-old Cintia Ferro Barazza, as well as a child and approximately 55 kilos (121 pounds) of cocaine.

The discovery resulted from a collaborative effort between the Los Angeles Interagency Metropolitan Police Apprehension Crime Task Force (L.A. IMPACT Task Force) and the California Highway Patrol. The L.A. IMPACT Task Force, who specializes in narcotics and weapons has been working on investigations of  this drug bust since last month.

The cocaine located in the vehicle, is allegedly connected to the Mexico’s Sinaloa cartel. The household and operatives have been on the radar of authorities since May, but no arrests were made until Tuesday.

The arrest of the three individuals took place after detectives had been surveilling a Santa Fe Springs home and noticed what they believed to be a drug deal taking place. The vehicle was followed and stopped in the Victorville area near Hesperia on Highway 395, searched and determined to have about 121 pounds of cocaine.

The driver of the vehicle, was believed to reside in a Victorville home on Dellwood Road. Although nothing was located in the Dellwood home that did lead authorities to the home in the 11400 block of Charlesworth Road in Santa Fe Springs where they located an additional 255 kilograms (562 pounds) of cocaine in the garage of that home.

According to authorities, the drugs confiscated as a result of this drug bust have a street value of approximately $35 million dollars.