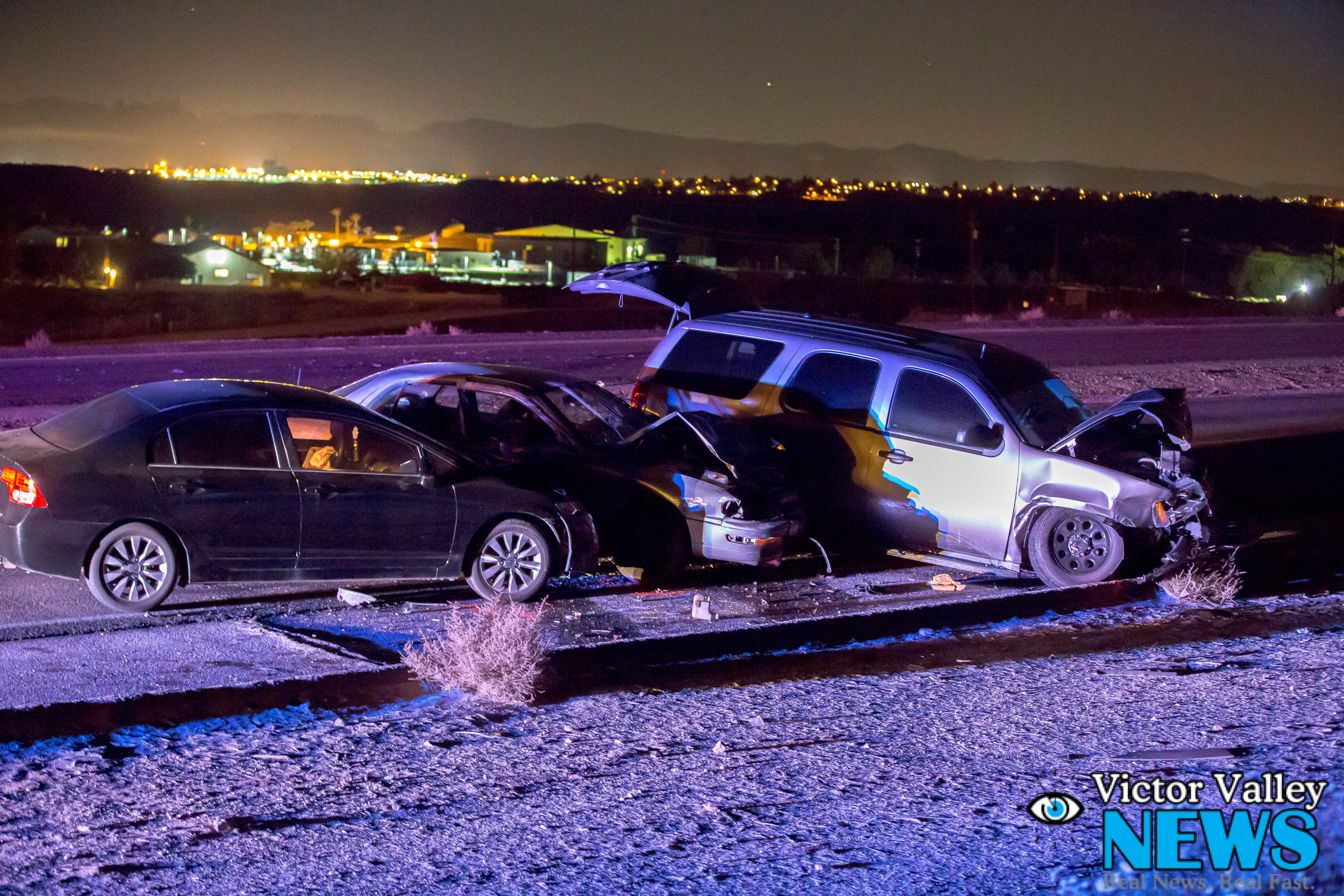 Det. Laura Marks, from the Apple Valley Station said that all drivers of the four vehicles were in seatbelts, so there were no life-threatening injuries as a result of the collision.

According to witness statements, the tan Suburban and the white pick up truck were heading eastbound on Highway 18 and silver Toyota Camry and the black Honda Civic were heading westbound. The Suburban, driven by an undercover deputy, for unknown reasons traveled into westbound lanes. Through early investigations, authorities believe that the SUV was involved in a collision just before crossing over into westbound lanes due to debris left in the eastbound lanes.

All lanes, both east and westbound on Highway 18 are closed to traffic from Apple Valley Road to Stoddard Wells Road at about 6:10 p.m.. The hard road closure is expected to remain in effect until about 12:00 a.m. on Tuesday for the investigation and cleanup.

Paramedics Flee After Being Shot At in Hesperia