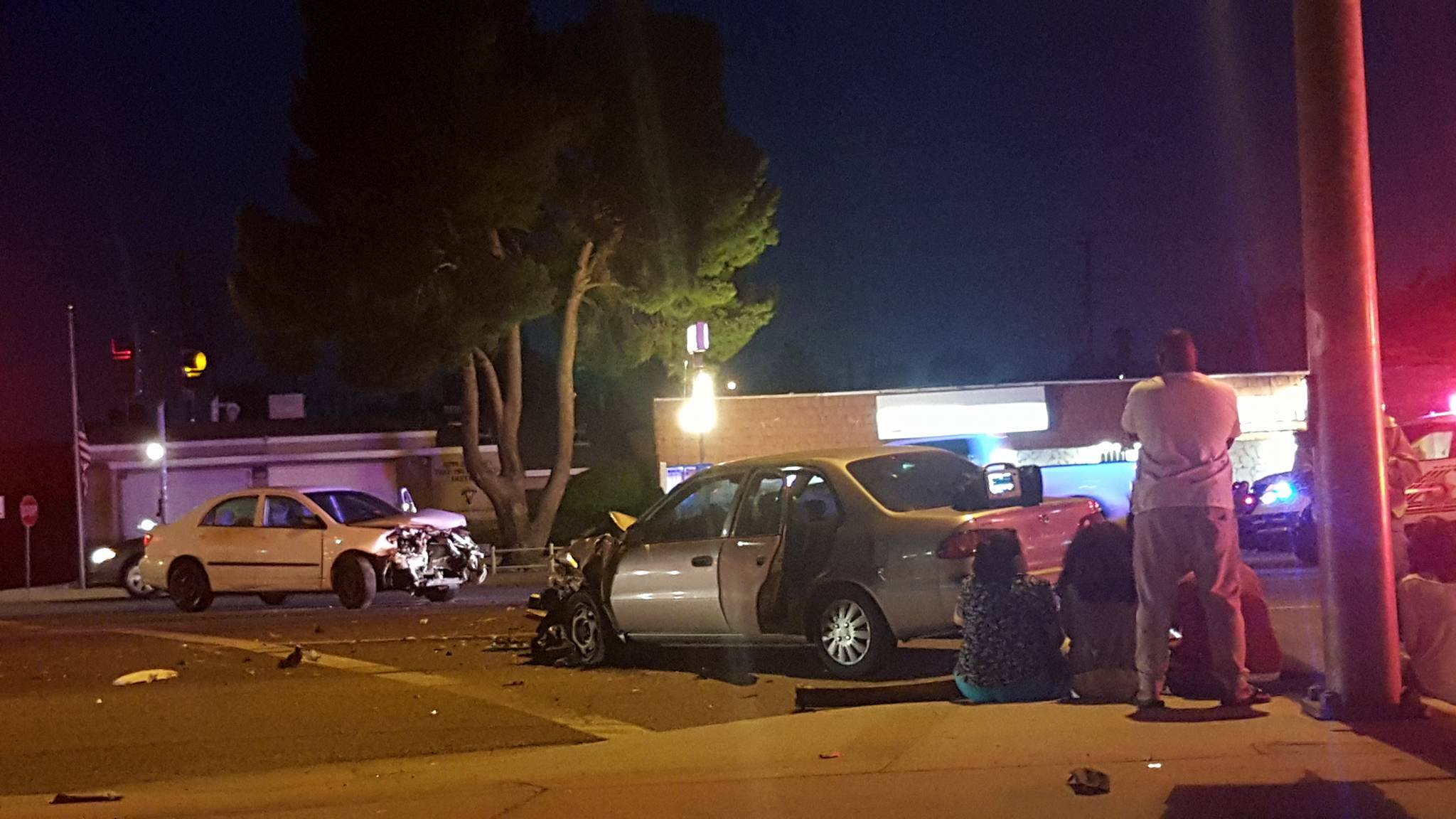 APPLE VALLEY:(VVNG.com)- A multi-vehicle traffic collision was reported at the intersection of Highway 18 and Tao Road in Apple Valley. The major damage collision occurred at about 7:21 PM., on Wednesday, March 23, 2016.

For unknown reasons, a total of four vehicles, including three vehicles and a pickup truck collided at the intersection. At least two of the four vehicles sustained major damage.

According to witnesses at the scene, three ground ambulances responded to the scene. No information on patient count was immediately available.

Both east and westbound traffic was stopped while first responders treated the patients. Detours were set up at Tao Road and Corwin Road with vehicles being detoured onto outer Highway 18.

Those who frequently travel through the area say the intersection is always very dangerous.