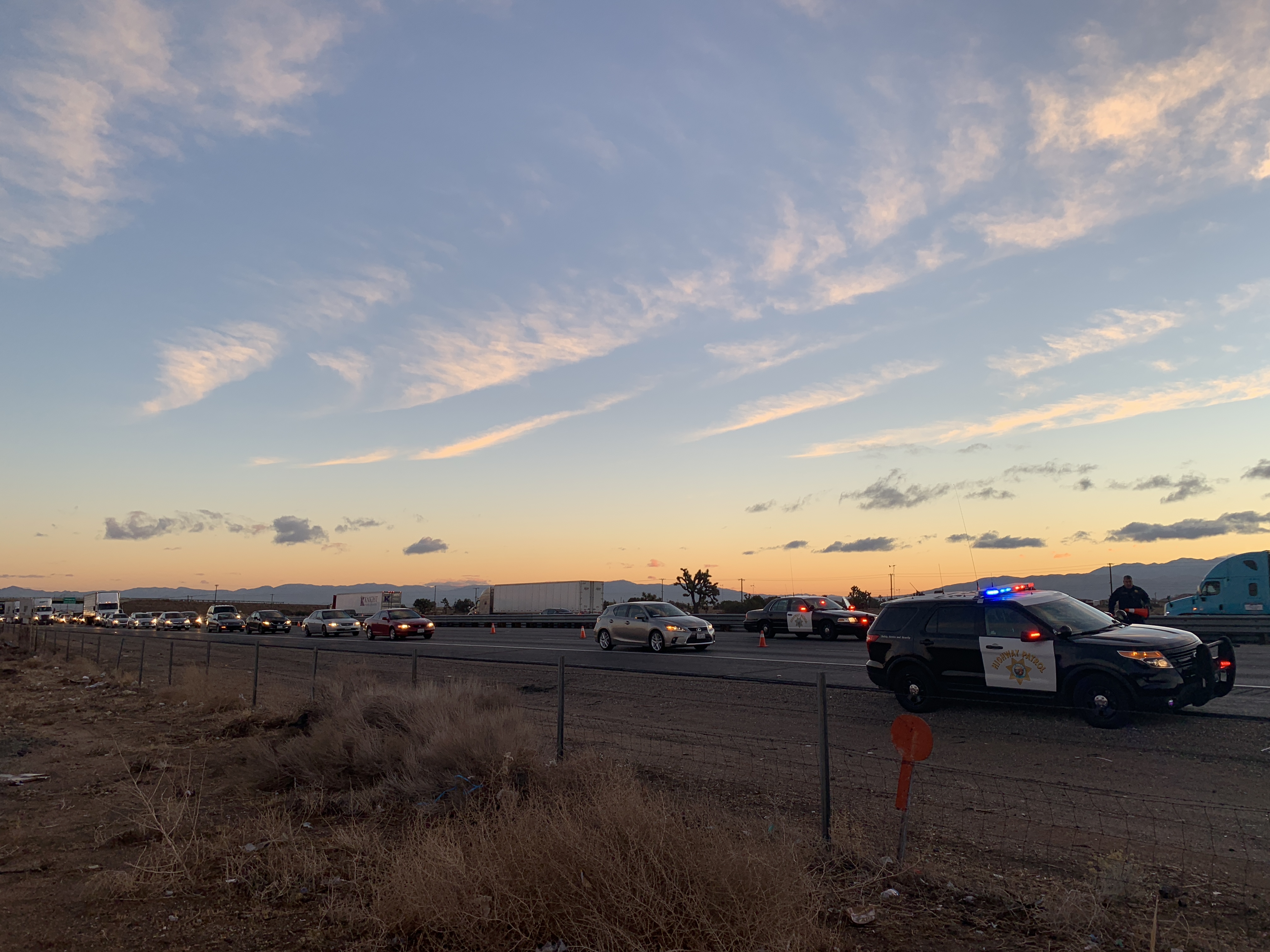 HESPERIA, Calif. (VVNG.com) — Four vehicles were involved in a crash on the I-15 freeway that caused all southbound lanes to close for about 20 minutes Friday morning.

The crash was reported at about 6:08 a.m. Friday, November 30, on the Southbound 15 Freeway between the Joshua Road and Highway 395 off ramps.

The crash involved a beige Toyota Rav 4, a white Hyundai Accent, a black Scion XB, and a blue sedan.

At least two people sustained non-life threatening injuries as a result of the crash.

California Highway Patrol Officers briefly closed down the southbound side while they helped push the damaged and disabled vehicles from lanes of traffic.

The incident caused traffic to back-up for several miles as CHP officers worked quickly to reopen all lanes of traffic. The no. 1 and 2 lanes were reopened at 6:28 am, with all lanes reopening at 6:46 am, according to the CHP incident logs.