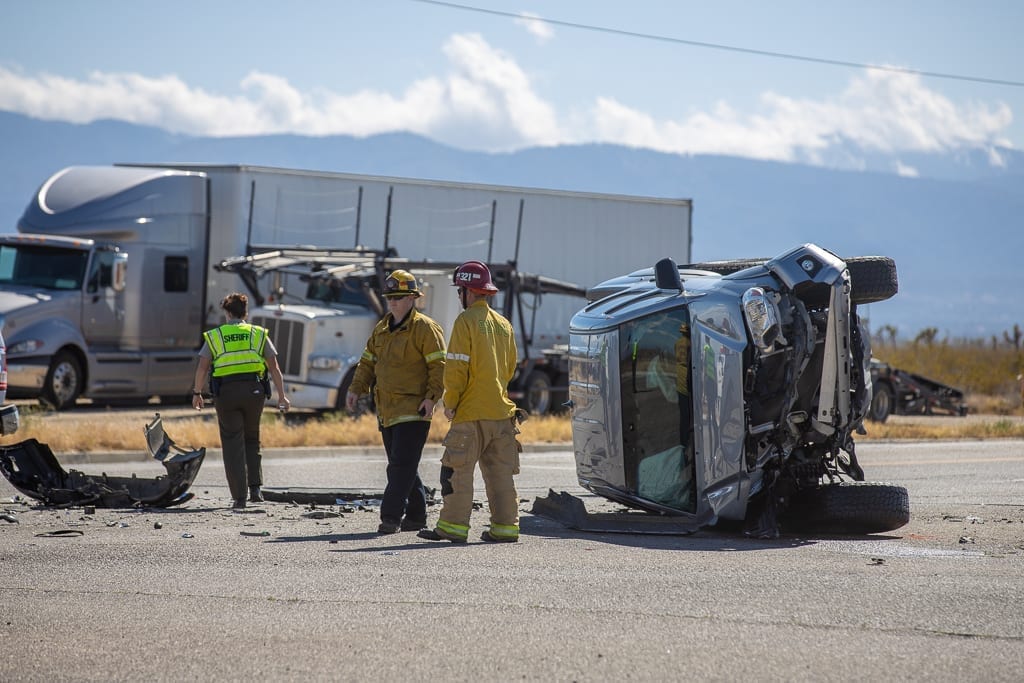 San Bernardino County Firefighters, AMR and deputies with the Victor Valley Sheriff’s Station responded to the crash reported at 3:37 p.m. on Palmdale and Aster Roads.

Three vehicles were in the roadway; and silver Toyota Tacoma, a white Ford F150 and a Volkswagon sedan.

The impact caused the Toyota Tacoma to overturn. Firefighters extricated one person that was trapped inside. That person was then airlifted to a trauma center.

The male driver of the Volkswagen was transported to a local hospital with less critical injuries.

The intersection was briefly closed while authorities investigated.