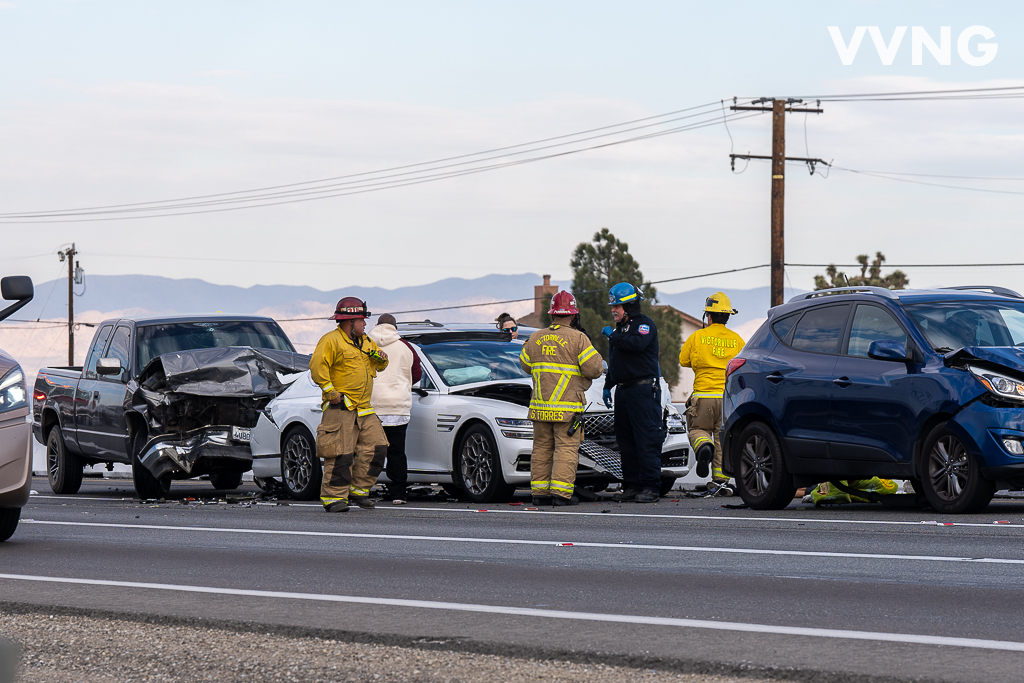 It happened on the southbound 15 freeway between Bear Valley Road and Main Street, at approximately 2:05 p.m., December 10, 2022.

The crash occurred in the fast lane and involved a blue Hyundai, a white Mercedes, a dark-colored pickup truck, and a light-colored SUV.

A total of five people were treated at the scene, and a total of 4 ambulances were requested.

The California Highway Patrol responded, along with emergency personnel with the Victorville Fire Department and American Medical Response, closing all lanes of traffic while emergency crews evaluated the occupants.

A total of 3 people were transported by ambulance, and a fourth person was taken by personal vehicle to a local hospital.

Traffic was backed as a result of the crash from the incident, to the La Mesa/Nisqualli off-ramp.

Permits filed to construct 2 warehouses in Hesperia with over 1.8 million square feet combined, south of Target

The Mall of Victor Valley welcomes 7 new retailers and restaurants