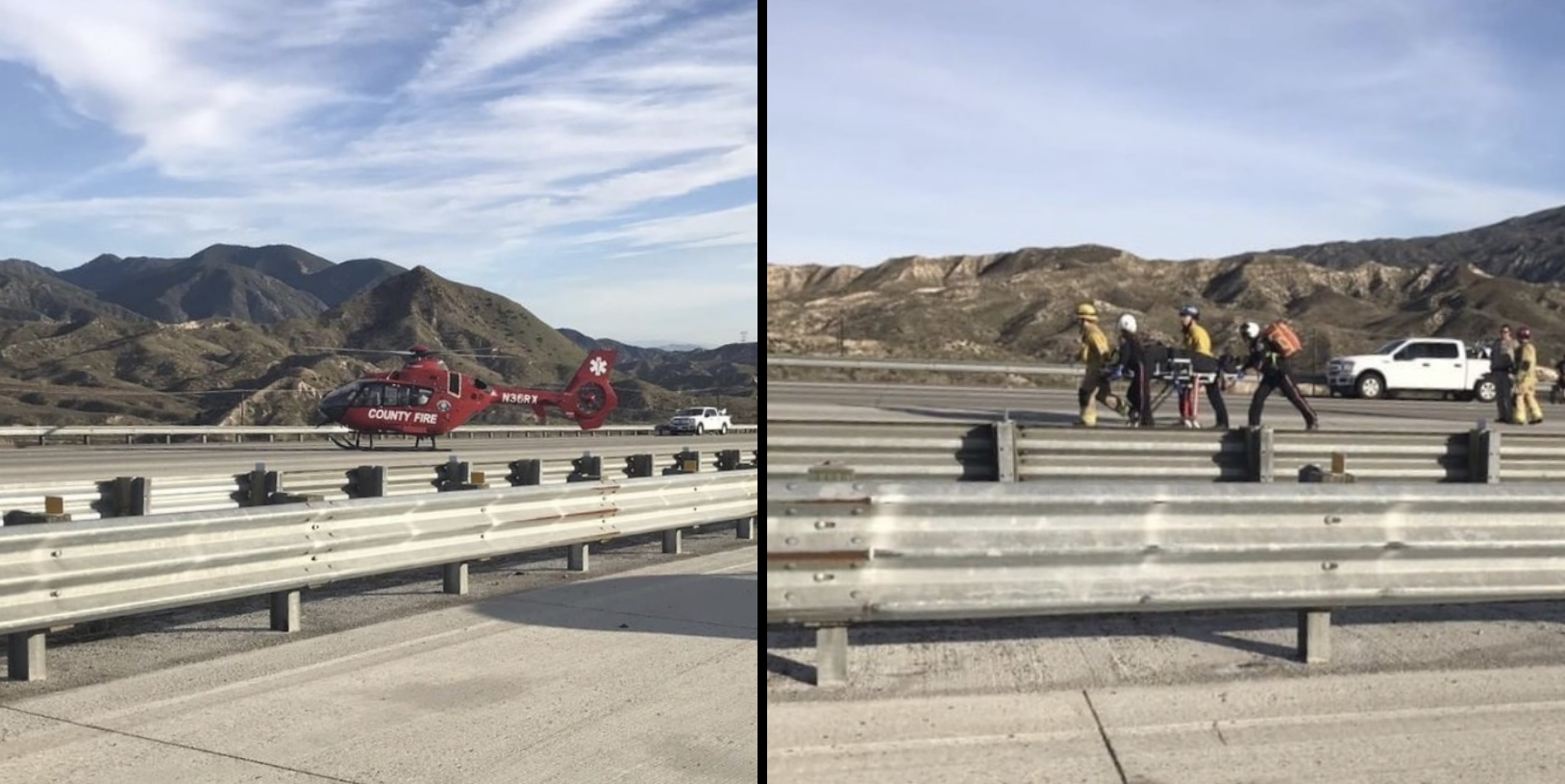 The crash was reported at 3:20 pm, on the northbound I-15 eway approximately one mile north of Highway 138.

According to the California Highway Patrol incident logs, a white Chevy Caprice was driving reckless at high speeds and going in and out of traffic prior to crashing into a silver Ford SUV.

Victor Valley News Group member Anthony Islas was coming up the hill and said the vehicle with two young people was speeding very fast. Islas said a male was driving the “old cop car” when he spun out and hit a semi and the SUV. “His girlfriend was ejected out of the car and she was hurt bad,” said Islas.

One person was flown to Loma Linda University Medical Center and a second person was transported by ground ambulance to a local hospital with injuries.

CHP temporarily halted southbound traffic as H325 landed on the freeway. Multiple lanes of traffic are currently being affected by the incident.

The California Highway Patrol is currently investigating the collision. Additional information will be updated as it becomes available.