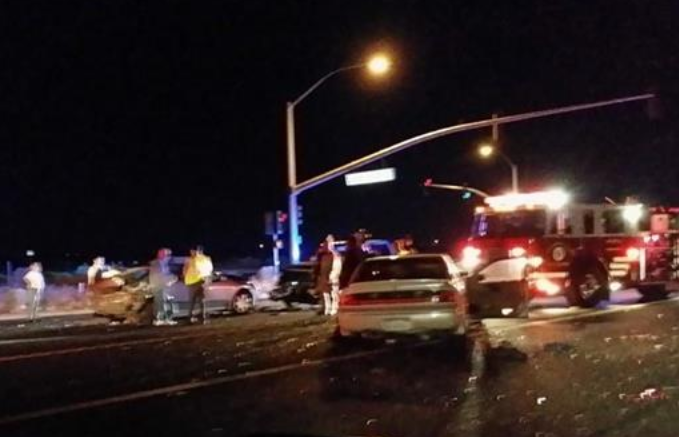 “I just missed it by a minute could have been me when I got to the accident there were people stuck in silver car and they were trying to get them out.  I called 911 they did not know about it yet the car was full of smoke. I waited around a few minutes they finally took a man out and laid him in the dirt,” said Rhonda Solorzano.

Sunset Ridge Park on Eucalyptus Street and Topaz Road was designated as the landing zone for the air ambulance that landed at approximately 12:51 a.m.. The female patient with a reported knee injury was airlifted to Arrowhead Regional Medical Center in Colton.

No further information including the condition of the other accident victims or cause of accident is available at this time.

For the latest breaking news join our Facebook group “VVNG” with over 44,000 members www.facebook.com/groups/victorvalleynews