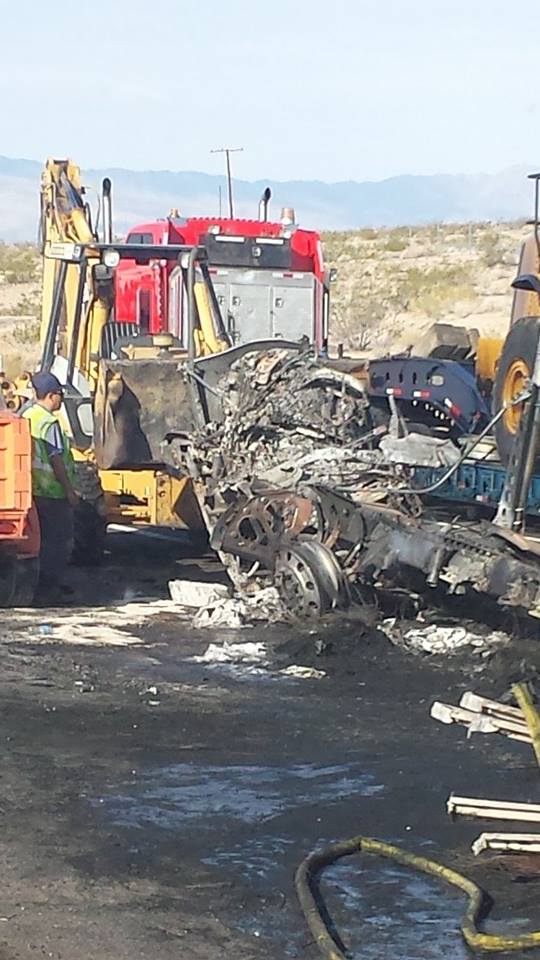 HALLORAN SUMMIT:(VVNG.com)- A major clean up is underway on the 15 freeway after a multi-vehicle collision shut down all lanes for several hours. At approximately 4:15 a.m., on Monday dispatch received several reports of a multi vehicle traffic collision involving an unknown number of vehicles on the southbound 15 freeway, just south of Halloran Springs Road.

Per CHP incident logs, a truck hauling tires overturned across all lanes of the freeway followed by a fire that fully engulfed the tractor-trailer.  When first responders arrived, all southbound lanes, which were blocked by the wreckage were closed to traffic. A hard closures was issued on the southbound side of the freeway to allow first responders to access the vehicles.

At approximately 8:20 a.m., tow trucks were called to the scene to assist in the clean up. No information has been released regarding any potentially injuries. AS of 10:00 a.m., the left lane has been re-opened allowing traffic to flow through.

At this time the exact cause of the accident is under investigation. More details will be posted as they become available.