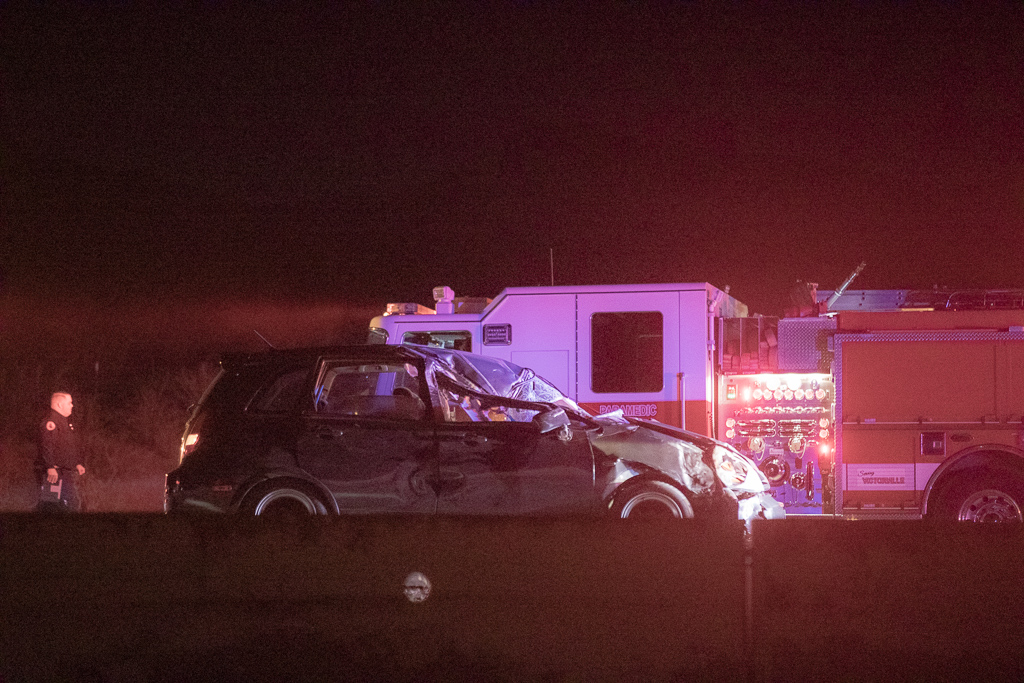 Initial calls to CHP officials indicated the driver of a black compact sedan was driving reckless, then crashed into the back of a semi truck.

That vehicle became stalled in the #3 lane of the southbound 15 Freeway facing the wrong way near Stoddard Wells Road, and the driver fled the scene.

The Victorville City Fire Department, CHP and AMR all arrived at the scene of the crash and located a total of three vehicles with moderate to major damage.

Officials briefly conducted a traffic break to allow fire apparatus’ on the freeway to check for injured occupants. No injuries were reported.

The suspect’s vehicle sustained the most damage.

A CHP helicopter provided overhead assistance and searched the surrounding fields for the suspect. He is described as a Hispanic male adult, 5″,5′, and heavyset, according to scanner traffic.

*correction: a previous versions incorrectly stated the northbound. It should have said the southbound 15 freeway,