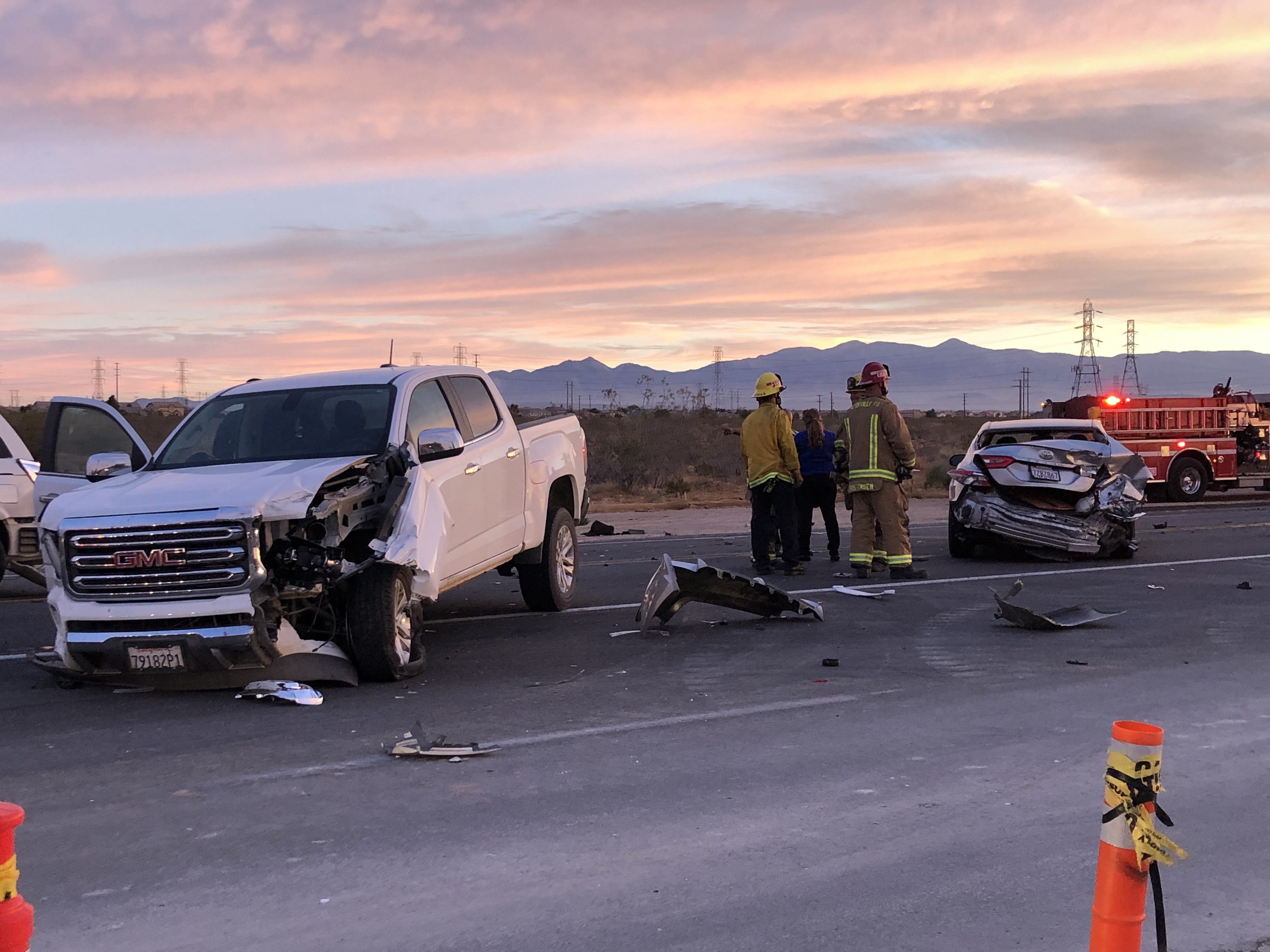 VICTORVILLE, Calif. (VVNG.com) — A four-car crash shut down most lanes of traffic on Palmdale Road on Tuesday.

The collision was reported at 7:43 p.m on Palmdale Road near Emerald Road, with at least one person trapped inside one of the vehicles

A white GMC Canyon, a gray Toyota Camry, a white Nissan van, and a white compact SUV were all involved.

It’s unknown how the crash happened, as officials are still investigating.

One lanes traveling westbound remained opened, but all eastbound lanes were blocked.

According to a witness, the white GMC Canyon was traveling eastbound on Palmdale Road and attempted to make a left onto Emerald Road.

“Cars are not allowed to turn left from Palmdale Road because it’s a double solid yellow line,” stated Anita Granados, who lives nearby and has witnessed several major crashes in the year that she has lived here.

“Please be very careful driving on this road, take precaution at night, Palmdale is very dangerous, especially with this construction going on,” Granados said.

No life-threatening injuries were reported.