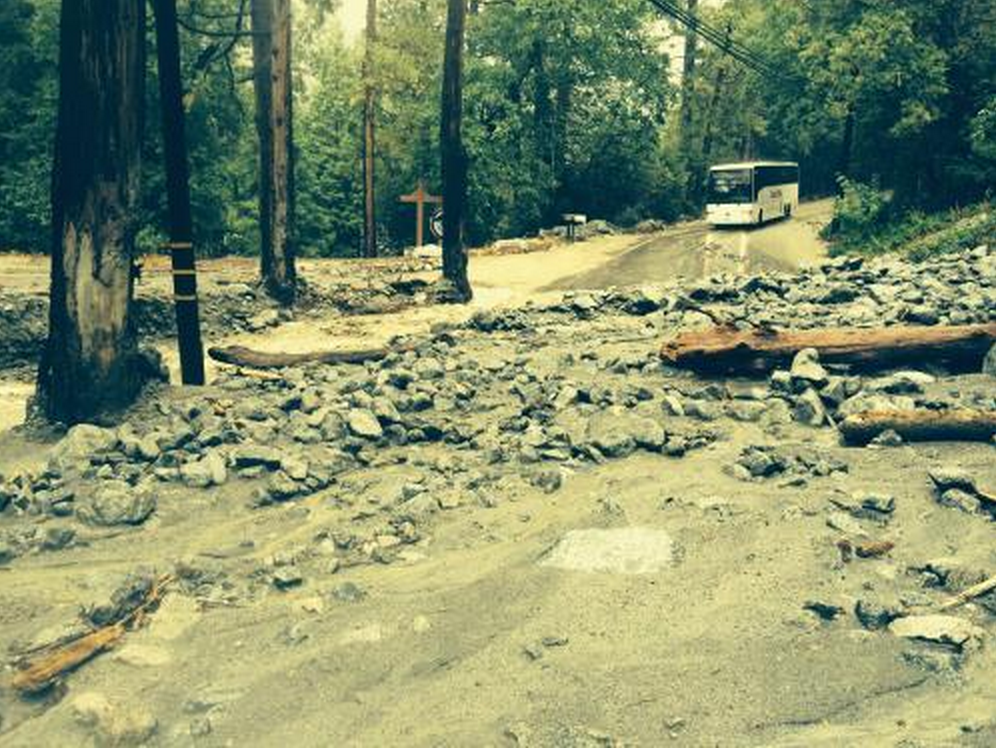 So far no injuries to citizens have been reported, and to this point all community members and known visitors are accounted for. Two dogs were found deceased.

Late this morning crews were able to clear the final remaining mudslide from the main road through town, meaning residents and visitors still stranded on the uphill side of that slide are finally able to evacuate the town. At approximately 3:00 p.m. yesterday San Bernardino County Fire received reports of heavy rain causing flash floods and mudslides, threatening homes, vehicles and pedestrians in the small mountain community in the eastern San Bernardino mountains.

Responding crews arrived on scene to find the debris slides had washed out the town’s main road in several places, initially keeping rescuers from reaching those stranded. A “shelter in place” order was placed, meaning those in the way of harm were asked not to evacuate or venture into the flood but stay in a sturdy structure or vehicle until the waters subsided enough for rescuers to get to them.

Front end loaders and graders from San Bernardino County Roads department were eventually able to clear several of the walls of mud enough for rescuers to fan out and canvass the town to account for any of the missing. Crews from County Fire and Sheriff, as well as US Forest Service, American Medical Response and the Forest Falls CERT Team responders teamed up to go door to door searching for potential victims. Specialized swift water rescue teams from County Fire, as well as hand crews normally used for wild land firefighting, were dispatched to assist in the search.

Eventually all community members were accounted for, including over 500 children and teens who had just arrived at the Mountain Home Conference Center to begin a week-long church group retreat. This group was the focus of initial rescue operations. It was found that while the conference center sustained some damage, the group was found by rescuers to have sheltered in place successfully and without injury.

Two rescues were effected, one of a motorist stranded in his vehicle by the rising flood; the other of a disabled resident who had hailed rescuers to retrieve him from rising floodwaters entering his home. Both victims were escorted to safety without injury.

Power remained intact throughout the flooding. This morning, Southern California Edison crews disconnected power to a portion of the town in an effort to repair damaged power lines that had sagged across the main road, which had for a time prevented crews from clearing the final wall of debris and mud isolating the upper portion of the town. 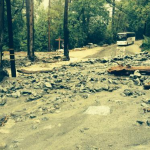 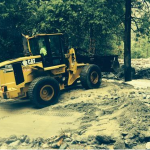 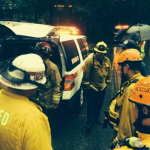 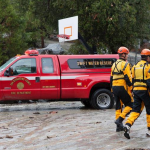 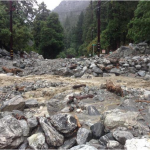 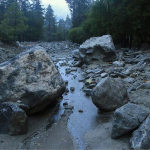