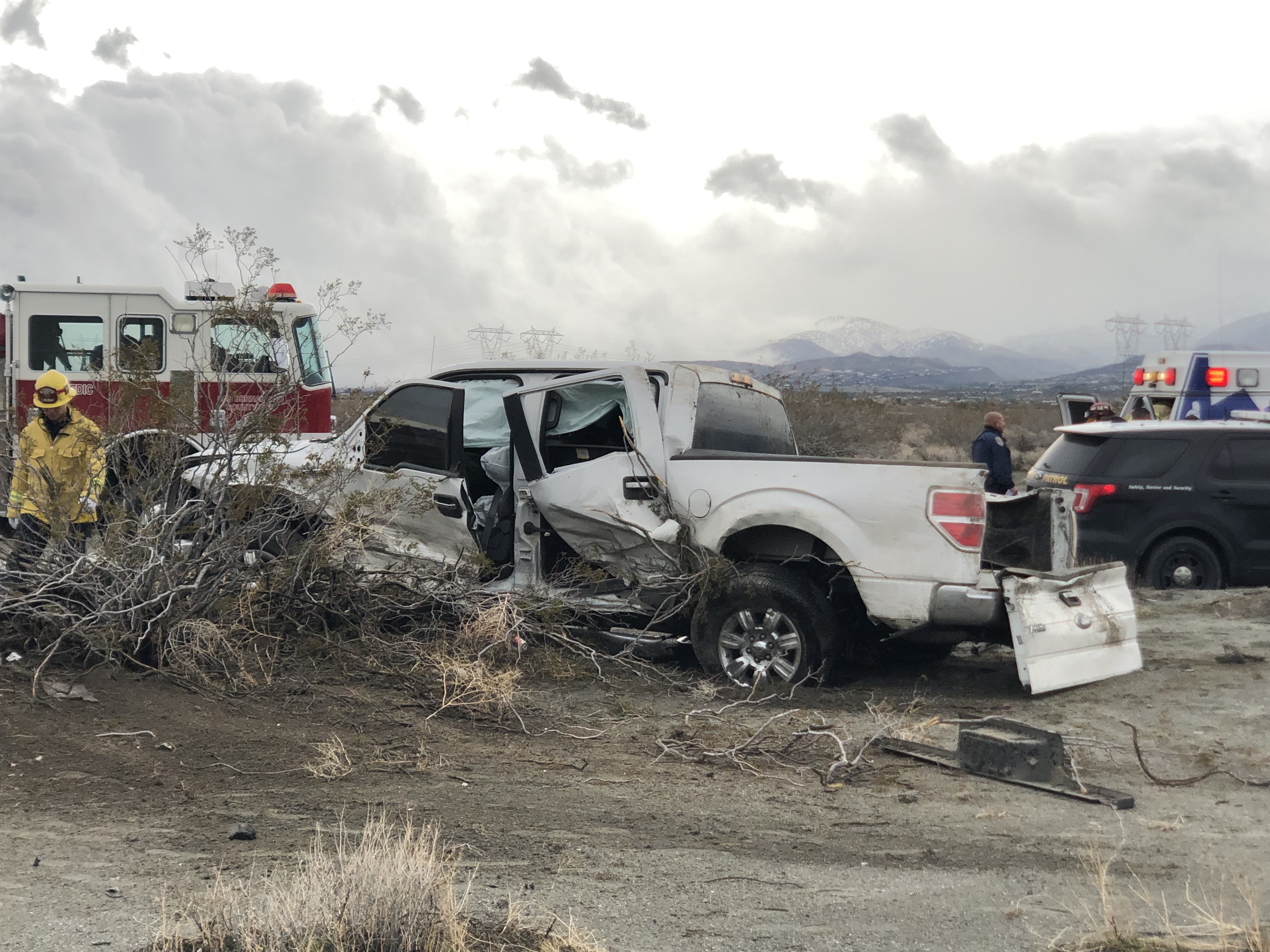 The crash was reported just before 12 p.m. on Palmdale Road about 2 miles west of Sheep Creek Road.

The injured occupants were transported with unknown injuries to local hospitals.

According to Officer Wheeler with the California Highway Patrol Victorville station, the driver of the blue Buick was driving eastbound on Palmdale Road when he lost control after hitting water on the road, then collided with the westbound pickup truck.

All injuries were considered non-life threatening.

Caltrans responded with a snow plow to push the muddy water off the street.