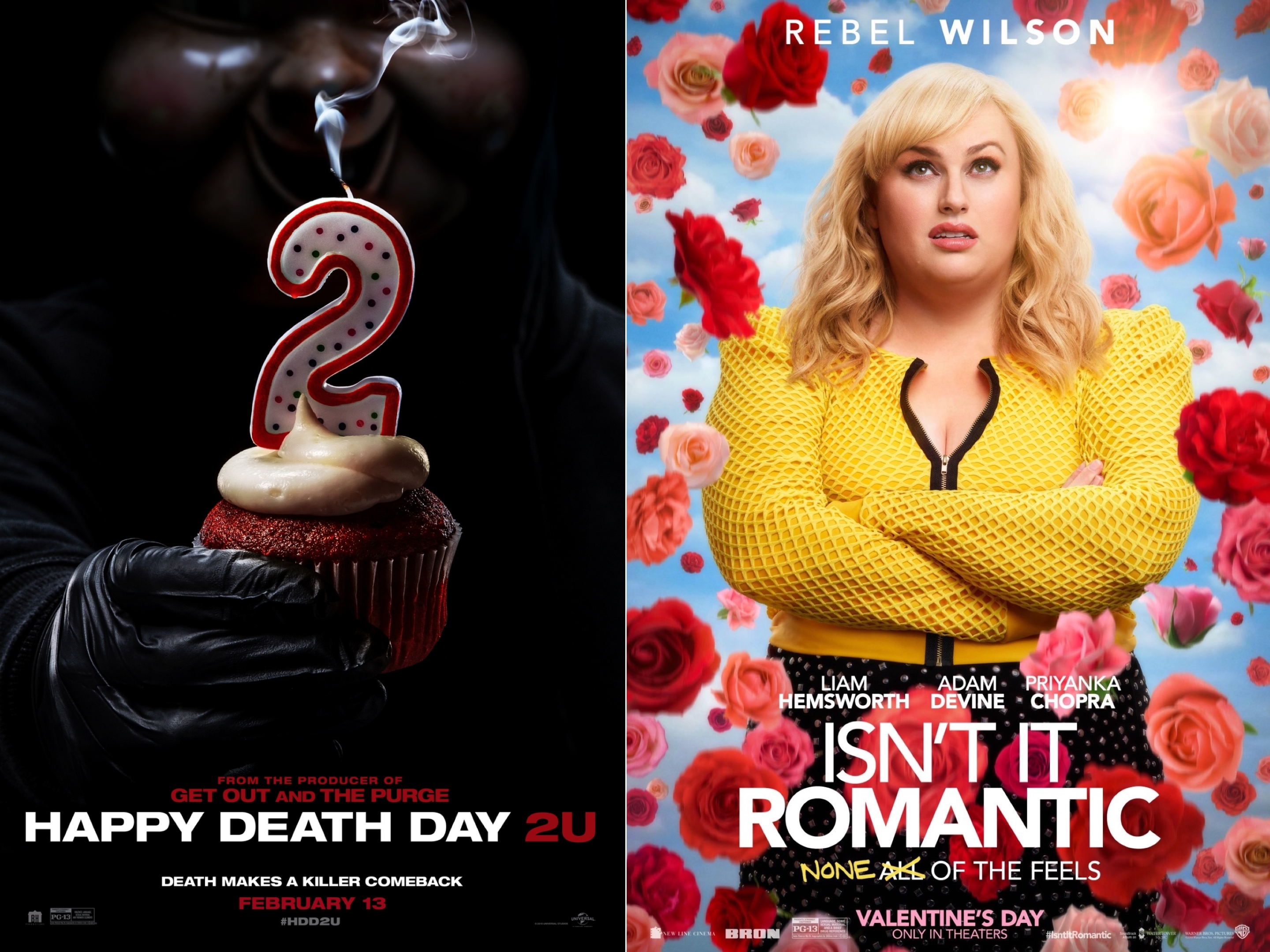 The Wedding Singer, Sleepless in Seatle, Love Actually, 10 Things I Hate About You and Pretty Woman are all terrific romantic comedies that Isn’t It Romantic hates on but then tries (and fails) to be. This flick is basically a romantic-comedy disguised as a romantic-comedy-hater that eventually turns into the thing it said it despised. On the one hand, the movie has a beautiful message of self-worth and acceptance that everyone should listen to, and on the other hand, it contradicts itself by ultimately giving in to all of the tropes found in the genre it has spent most of its runtime bashing on. The movie is still quite enjoyable thanks in large part to a charming and beautiful Rebel Wilson that is very likable and believable in her role as a talented architect with no self-esteem. I am glad to see that she stretches her acting chops in this movie and doesn’t just do the same schtick she’s been doing for a while. Besides Rebel, the film also has great writing, funny jokes, and a fantastic musical number (just one, the other one kind of sucks) that help make this movie amusingly entertaining and worth a watch.

Official Synopsis: Natalie is a New York architect who works hard to get noticed at her job, but is more likely to deliver coffee and bagels than design the city’s next skyscraper. Things go from bad to weird when she gets knocked unconscious during a subway mugging and magically wakes up to find herself in an alternate universe. Always cynical about love, Natalie’s worst nightmare soon comes true when she suddenly discovers that she’s playing the leading lady in a real-life romantic comedy.

We’ve all gotten déjà vu, right? I mean, we’ve all gotten déjà vu, right? That feeling you get when you feel like you are reliving something you’ve already gone through. Well, this flick ran the risk of feeling like one big déjà vu if it would have just relied on the exact same premise as its predecessor. However, although sometimes it does feel a bit repetitive, It does add extra layers of nerdiness and sci-fi elements to great effect. Giving us a reason as to why Tree (Jessica Rothe) was stuck reliving her day over and over again in the original and now in this one as well. In spite of the fact that this movie has some plot holes and is sometimes hard to understand, it is still a really smart and clever flick that isn’t afraid to be silly or ridiculous. By not taking itself so seriously, and sometimes choosing to be fun instead of making sense, this movie manages to be really good. Also, it doesn’t hurt that Jessica Rothe is a great lead and always gives 100% of herself into her performance. So I say you should definitely watch this movie, even if you don’t play it on a loop.

Official Synopsis: Collegian Tree Gelbman wakes up in horror to learn that she’s stuck in a parallel universe. Her boyfriend Carter is now with someone else, and her friends and fellow students seem to be completely different versions of themselves. When Tree discovers that Carter’s roommate has been altering time, she finds herself once again the target of a masked killer. When the psychopath starts to go after her inner circle, Tree soon realizes that she must die over and over again to save everyone.