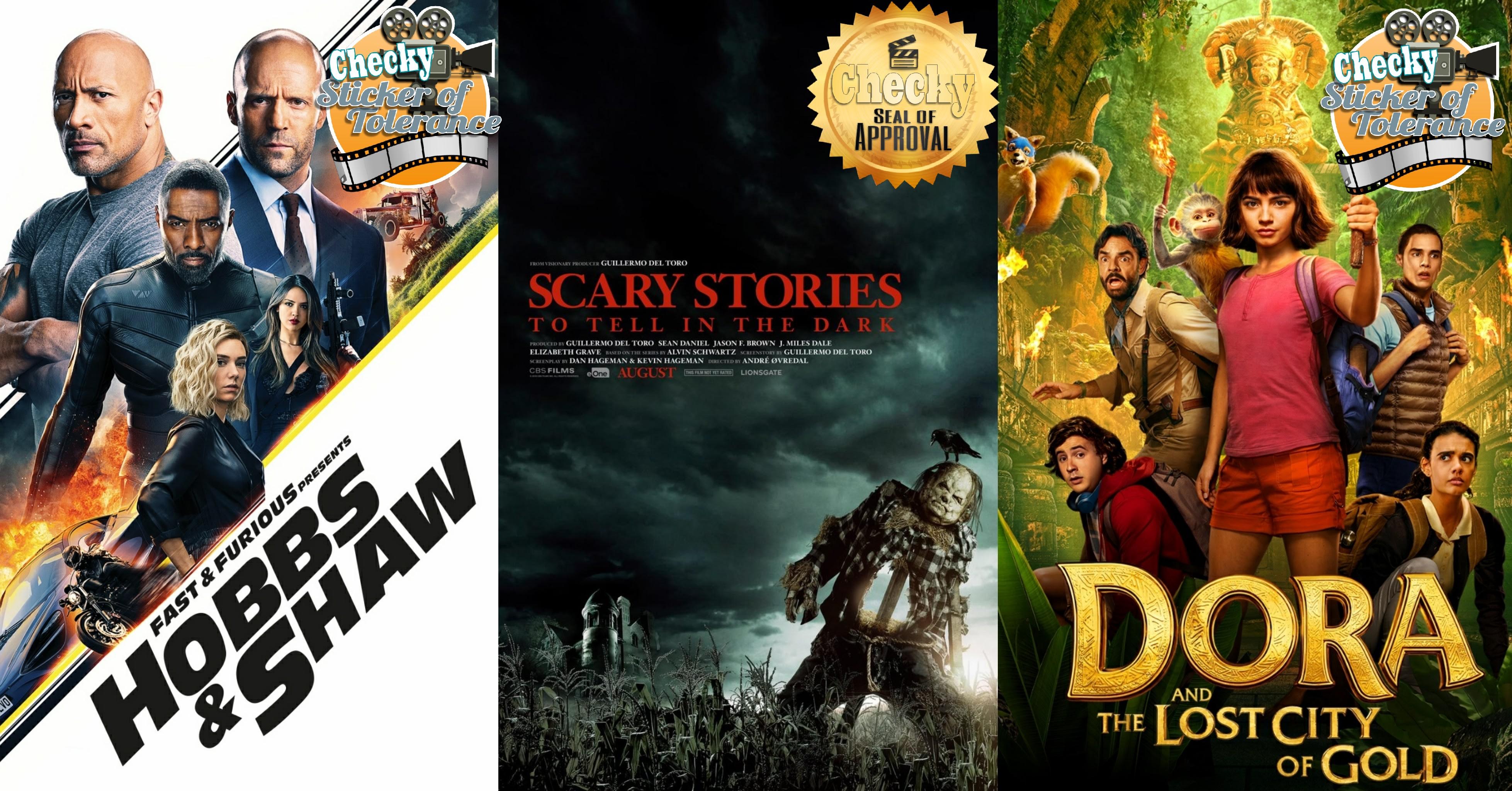 You know how movie trailers sometimes make movies appear like something they’re not? They might make a boring movie seem very interesting or action-packed or funny, or they might even make you think that a dumb movie is clever and sophisticated. Well, I can safely say that Hobbs and Shaw is exactly how it looked in its previews. It is as over-the-top, crazy and illogical as it appeared in its promotional videos. So if you watched the trailers for this flick, you either rolled your eyes and scoffed, or your jaw dropped and you got excited. Either way, you should watch this movie because you will surely have fun either criticizing or admiring how unabashedly absurd, ridiculous and nonsensically insane Hobbs and Shaw is. I went in expecting explosions, fights, car chases, more explosions, and constant bickering between two bald badasses. The movie delivered on all of that PLUS on an extremely cheesy Samoan tribal dance, so I was happy as I smiled in disbelief and munched on popcorn in a very fast and very furious manner.

I watched this flick last night and, as I write this, I am overjoyed to see that the sun is about to rise in about 13 minutes because I will finally be able to go to sleep since I can’t sleep at night anymore. Just kidding! I procrastinated (like I usually do) and I am actually writing this 3 days after watching the flick, and I am happy to report that I have slept very well since then. I am not saying this movie isn’t scary or creepy or suspenseful as heck, because it is, but it’s also very funny, which helped me relax after all of the terrifyingly eerie parts. The only thing I didn’t like about this movie is that the ending was very anticlimactic. Other than that, everything about this film is top-notch.

The look of this flick is great, the characters are very likable, the scares are suspenseful and effective, and the acting is superb. Especially from Zoe Margaret Colletti, who plays the main girl, Stella. If you are like me and can’t really stand scary movies, but think you can make it through something a little scarier than Goosebumps, then you should be able to survive handle and thoroughly enjoy these scary stories, at any time of the day.

A movie based on a cartoon about a little girl who breaks the fourth wall to ask me simple questions and stare at me while I frustratingly yell the answers at her, might not sound very appealing, but it’s actually pretty good. This is mostly because Isabel Moner is delightful as the inquisitive bilingual adventurer who I was rooting for during the whole movie. Besides Isabel’s performance, the story was interesting, and there was tons of silly humor to keep me and my niece and nephew chuckling (my wife was laughing too, but she doesn’t want to admit it). The movie and the characters do feel a bit too dumb and highly illogical sometimes, but I loved how smart, capable and independent they made Dora. I just hope she can explore her way into a smarter movie next time.