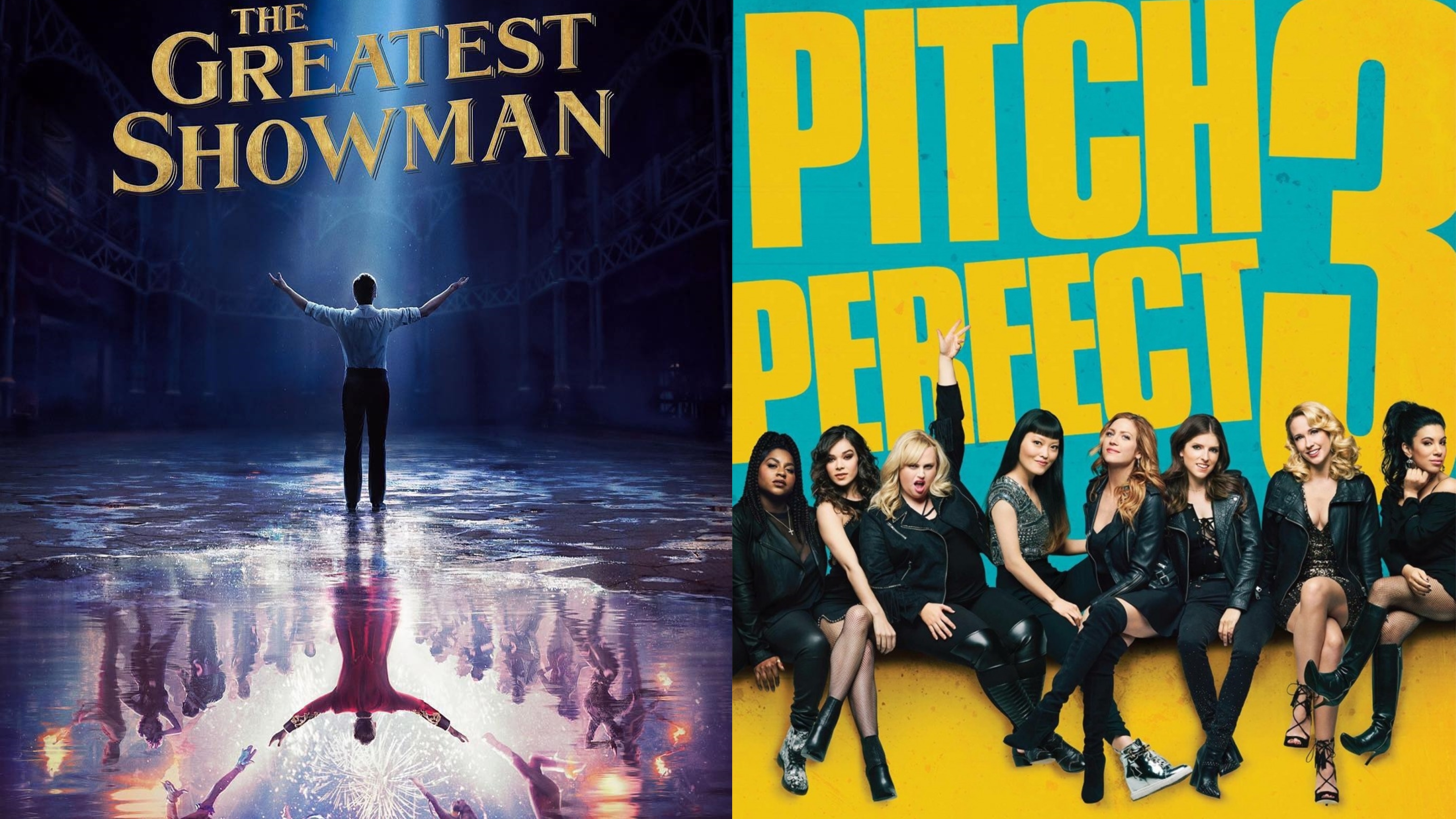 VVNG- Here are two short reviews of the films, Pitch Perfect 3 and the Greatest Showman, which are now playing in theaters.

I liked one a lot more than the other. Can you guess which one? 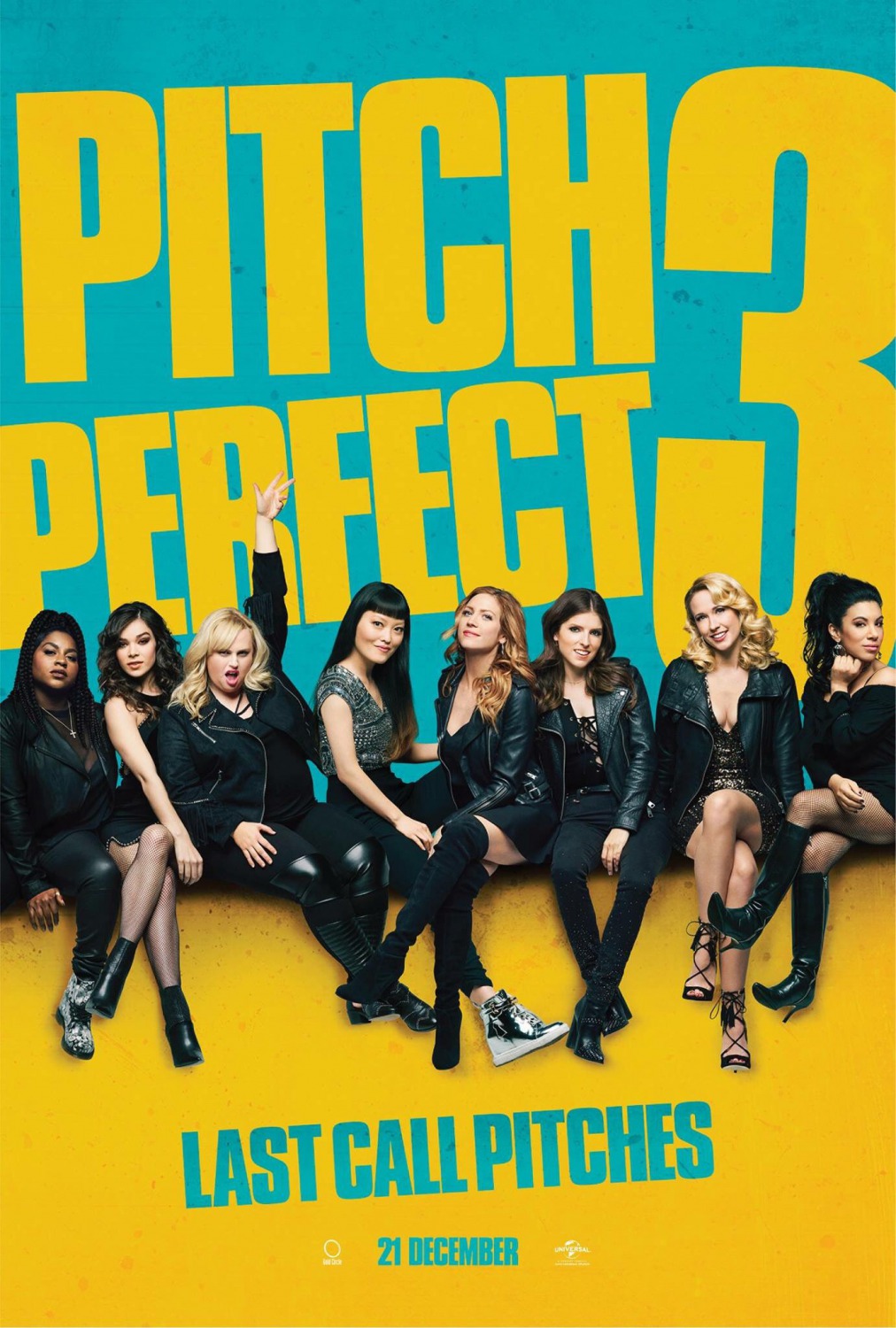 Thank goodness for the societal rules that prevented me from getting up during this movie and singing along with the Barden Bellas and their catchy tunes. I would have felt embarrassed, publicly celebrating a movie that does not provide a send-off that is good enough for the Bellas.

What it does provide are plenty of laughs while the girls get into some very weird and unrealistically cartoonish scenarios trying to get the attention of DJ Khaled. (BTW, who is DJ Khaled and why does he talk like a gigantic baby?)

The girls are all still wonderful (and very pretty), the chemistry between them is fantastic, and their musical numbers are catchy and entertaining. I enjoyed this movie when it would hit its high notes. It’s just too bad that instead of focusing on the music and the relationships between the Bellas, they turned the flick into an absurd action movie that came out of nowhere.

It is very convenient that all of the Bellas’ individual storylines magically work out in the end, without any setup. I also didn’t like that the girls are, once again, portrayed as underdogs. I mean, I have seen how talented they are in the last two movies. Those flaws and all of the forced, fake and silly situations steal the spotlight from the positive things about the movie, making this flick, Aca-Good… but just not quite, Aca-Great. 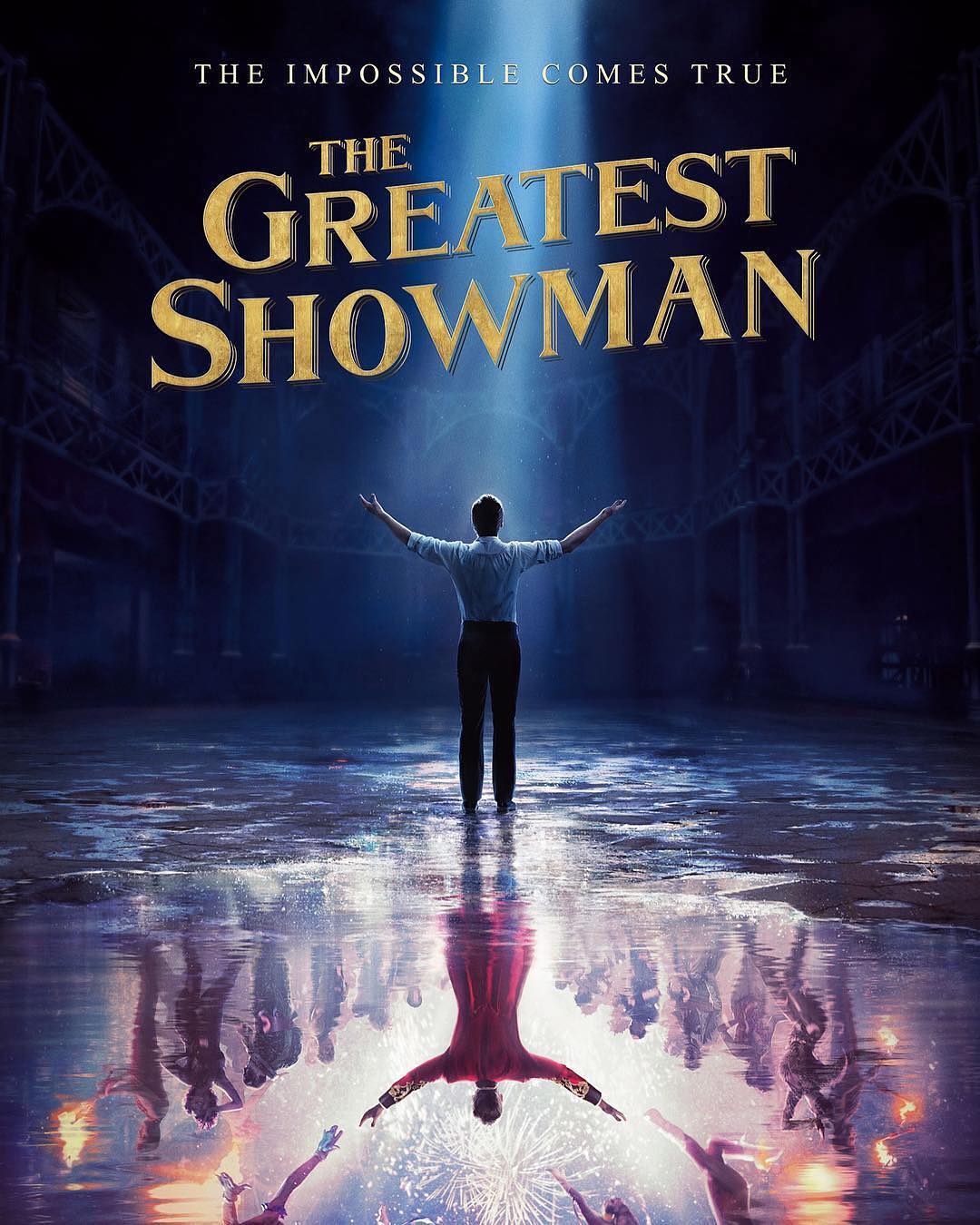 During the very first scene of this movie, Hugh Jackman was able to convince me that he was a fantastic showman by singing, dancing and radiating dazzling charisma, powerful enough to put a smile on every man, woman, and child around him. From there, I was captivated by the marvelous musical numbers, enchanting visuals, and powerfully emotional story provided by this musical delight.

I really loved this movie. Everything felt and looked really grand, magical and beautiful. The choreography was brilliant, the performances were mesmerizing, and the editing was superb. Usually, I think of big-budget blockbuster movies when I think of good special effects, so I was surprised when I saw some really great effects and seamless transitions used in this movie.

The movie is not all glitz and glamour though. In between all of the music and merriment, there is lots of drama, heartbreak, and sadness that will maintain your attention until the next extravaganza. To the people who hate musicals, I say you stay away from this flick. To everyone else, I say step right up and get swept away by a wonderful film that is incredibly sweet and truly spectacular.

So, which flick are you checking out this week? Let me know in the comments below. Have a great day at the movies and don’t forget to save me some popcorn.

MOVIE REVIEW: 12 Strong is an Incredible and Unflinching Display of Pure Courage

MOVIE REVIEW: Embark On an Uneven Yet Very Amusing Trek With Jumanji: Welcome to the Jungle