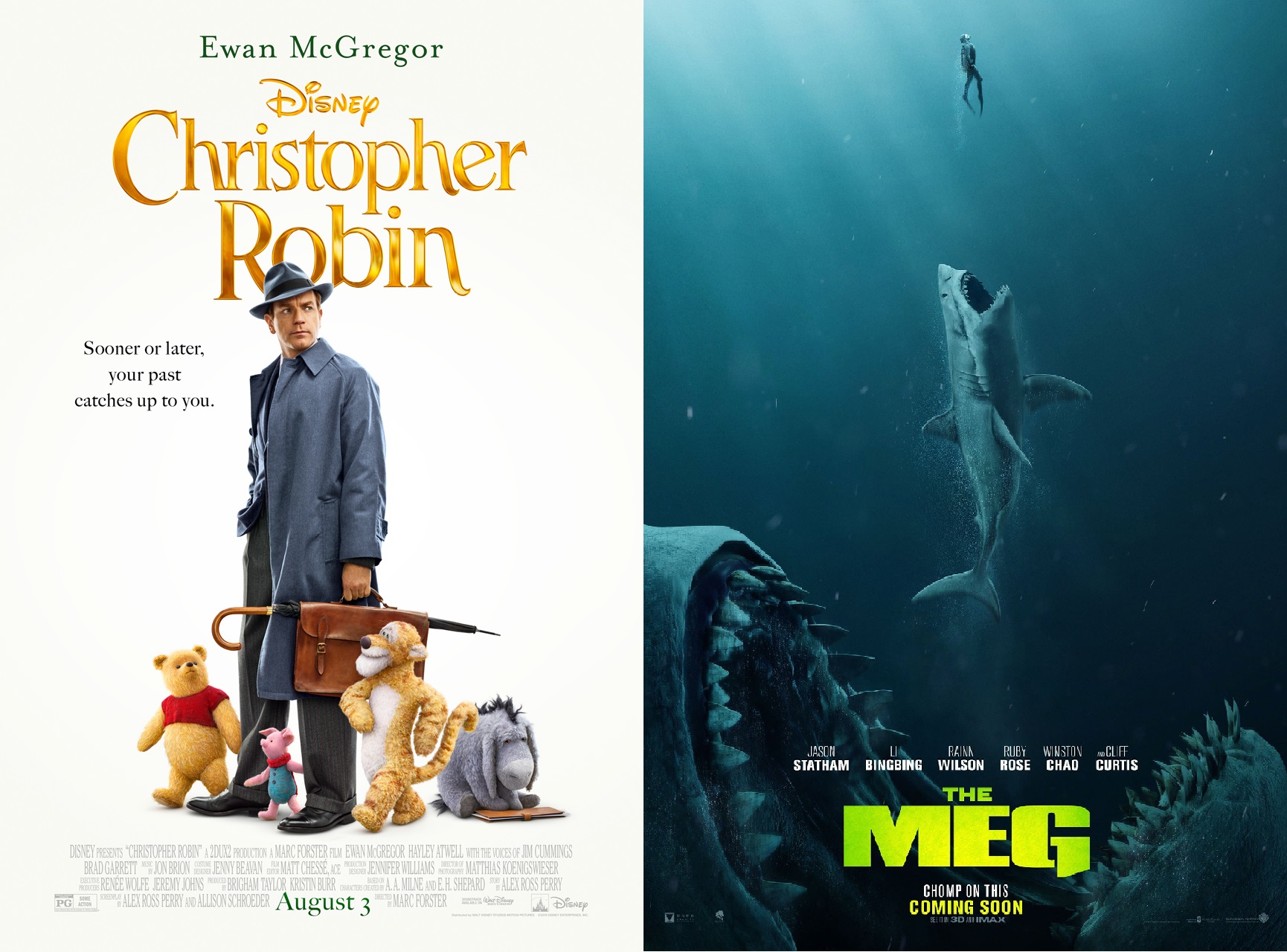 VVNG – Do you prefer cuddly quotes from an adorable bear or gigantic chomps from a prehistoric shark? Here are two short reviews from Christopher Robin and The Meg, two very different movies that are worth checking out.

Christopher Robin: If you are in the mood to watch a film that is as sweet as Pooh’s favorite food, but as gloomy as Eeyore’s mood, then this is the flick for you. You will feel nostalgic if you grew up watching Winnie the Pooh as a kiddo, and you will fall in love all over again with all of the great characters from the Hundred Acre Woods. Even if you are not a big fan of the silly old bear, you will still have a great time watching a heartwarming tale of friendship, listening to the wise words that come out of the cute and gentle creature, and getting reminded of what truly matters in life.

Official Synopsis: Christopher Robin — now a family man living in London — receives a surprise visit from his old childhood pal, Winnie-the-Pooh. With Christopher’s help, Pooh embarks on a journey to find his friends — Tigger, Eeyore, Owl, Piglet, Rabbit, Kanga, and Roo. Once reunited, the lovable bear and the gang travel to the big city to help Christopher rediscover the joy of life.

The Meg: Look, this film is not going to win any academy awards, but it has a giant shark wreaking havoc all over the ocean around China, an adorable little girl who is a better actor than half of the people in this film, lots of corny humor that will make you giggle, and an action hero who looks cool, talks cool and probably has a big bowl of badass every morning as part of his complete breakfast. So don’t expect to be profoundly moved or inspired or anything, just sit back and enjoy this entertaining popcorn flick for what it is.

Official Synopsis: A massive creature attacks a deep-sea submersible, leaving it disabled and trapping the crew at the bottom of the Pacific Ocean. With time running out, rescue diver Jonas Taylor must save the crew and the ocean itself from an unimaginable threat — a 75-foot-long prehistoric shark known as the Megalodon.