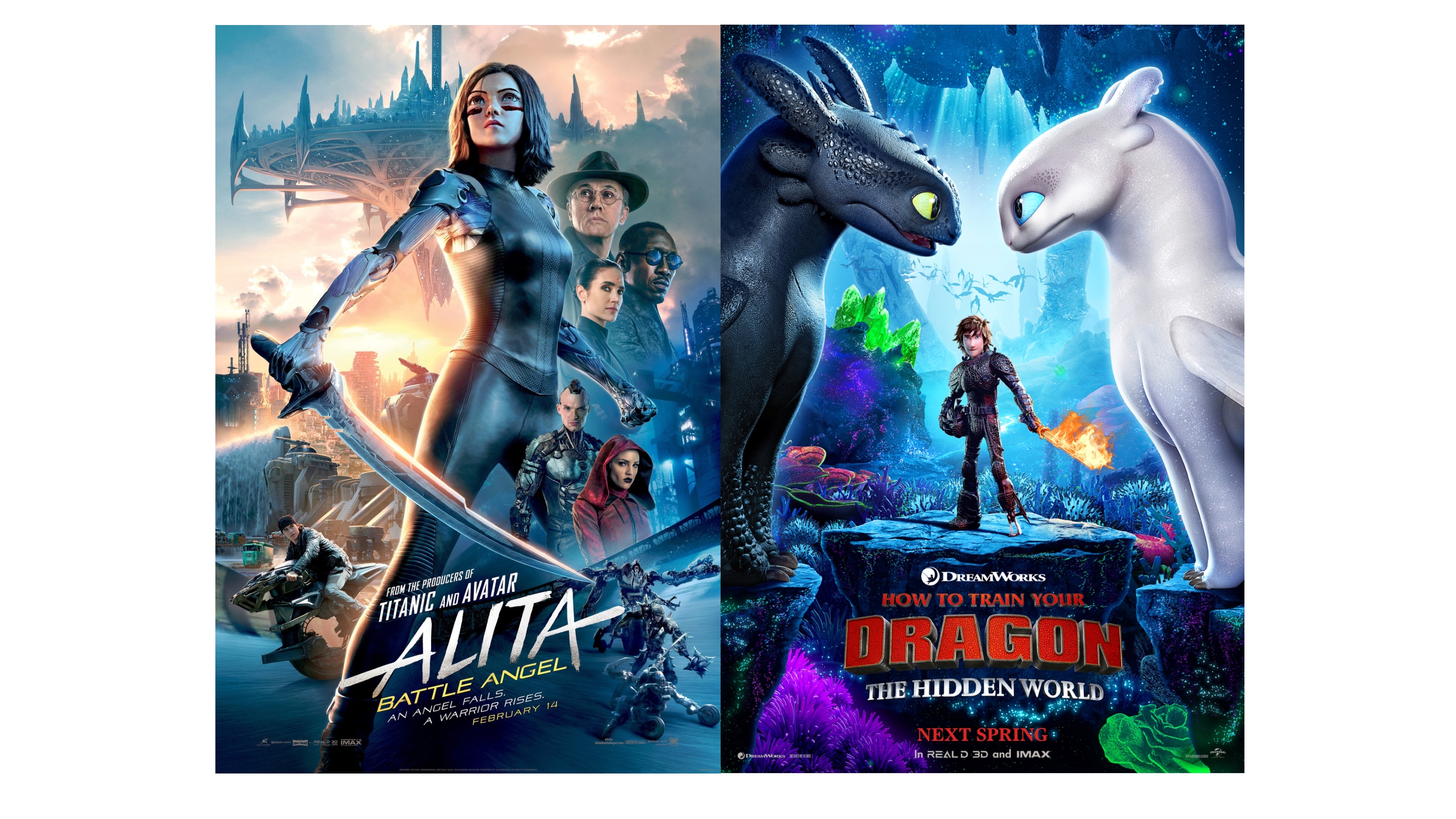 I remember being amazed by the computer animation in Shrek the first time I saw that flick. I kept thinking: “Oh man, I bet this is as good as CGI is ever going to get… Ever!… Also, Donkey is hilarious”. Well, fast forward to today and, even though Donkey is still hilarious, the special effects in Shrek seem like they were done with an Etch a Sketch compared to the incredible and groundbreaking effects found in this film. The way they are able to make Alita look so realistic is baffling. If it wasn’t for her Bratz Doll-eyes you would think that she was a real person just blending seamlessly with every, actual, real person in the movie. Kudos to Rosa Salazar for bringing the cyborg so wonderfully to life and making her so likable. Besides Alita’s look, the rest of the visuals in the film are also spectacular. The action is superb and I appreciate that you can tell exactly what’s going on in every fast-paced fight scene. Oh, and the 3D just adds an extra layer of WOWsomeness (yup, I’m inventing words now) to everything in this fascinating flick.

I usually get really frustrated with movies that (tiny spoiler alert) don’t have an ending, but I didn’t mind so much with this one. The filmmakers definitely left many things unanswered and open for a sequel, and I just hope it gets here quick. I loved almost everything in the film, except that the dialogue was sometimes super corny and/or cheesy. Also, the fresh-faced kids, that are supposed to be an intimidating gang, look like they were freshly picked from the Disney Channel tree and seem like they are too clean-cut to live in a post-apocalyptic world, but even that didn’t bug me that much.

I wholeheartedly recommend you and your inner nerd go watch this movie. Especially if you like epic-sci-fi-fantasy-action films. You will have a great time enjoying the marvelous visuals and an interesting and entertaining story. Plus, I dare you not to fall in love with the 300-year-old teenage cyborg with a heart of gold… Well, actually a heart full of complex and advanced biomechatronic parts, but you know what I mean.

Official Synopsis: Set several centuries in the future, the abandoned Alita is found in the scrapyard of Iron City by Ido, a compassionate cyber-doctor who takes the unconscious cyborg Alita to his clinic. When Alita awakens, she has no memory of who she is, nor does she have any recognition of the world she finds herself in. As Alita learns to navigate her new life and the treacherous streets of Iron City, Ido tries to shield her from her mysterious past.

How to Train Your Dragon: The Hidden World – Jay Baruchel and America Ferrera

Prepare to have tears soaring out of your eyes as you watch the end of this wonderful franchise, and say goodbye to the world of Vikings and dragons. Despite the fact that this part of the series is a lot more serious than the previous films, there are still enough eye-popping visuals to keep you and your kiddos entertained. The animation is gorgeous in this movie, and if you splurge and pay the extra moola for the 3D glasses you won’t be disappointed. Although the movie is a lot slower than its predecessors, it is still very enjoyable and has plenty of great things going for it. The bad guy is scary and a very worthy opponent. All of the relationships in the movie seem genuine and make you care about what happens to the characters. The design of the costumes and look of the dragons are very impressive. Toothless is as adorable and as fierce as ever, and the story really wraps up everything beautifully.

I think you should ride your… Car (you thought I was going to say dragon, huh? You’re silly) to the cinema so you can watch this half romantic-comedy, half action-fantasy animated flick, that’s full of drama and heart, with your entire clan. If you’ve seen the first two Dragon movies, you know how good these flicks are so I won’t say more. Just that, this is a great finale to the saga. It is the ending the humans and dragons, we have loved for the past 9 years, deserve.

Official Synopsis: From DreamWorks Animation comes a surprising tale about growing up, finding the courage to face the unknown…and how nothing can ever train you to let go. What began as an unlikely friendship between an adolescent Viking and a fearsome Night Fury dragon has become an epic adventure spanning their lives. Welcome to the most astonishing chapter of one of the most beloved animated franchises in film history: How to Train Your Dragon: The Hidden World. Now chief and ruler of Berk alongside Astrid, Hiccup has created a gloriously chaotic dragon utopia. When the sudden appearance of female Light Fury coincides with the darkest threat their village has ever faced, Hiccup and Toothless must leave the only home they’ve known and journey to a hidden world thought only to exist in myth. As their true destines are revealed, dragon and rider will fight together—to the very ends of the Earth—to protect everything they’ve grown to treasure. For How to Train Your Dragon: The Hidden World, series director Dean DeBlois returns alongside the all-star cast. The film is produced by Brad Lewis (Ratatouille, ANTZ) and Bonnie Arnold (Toy Story, How to Train Your Dragon,How to Train Your Dragon 2).