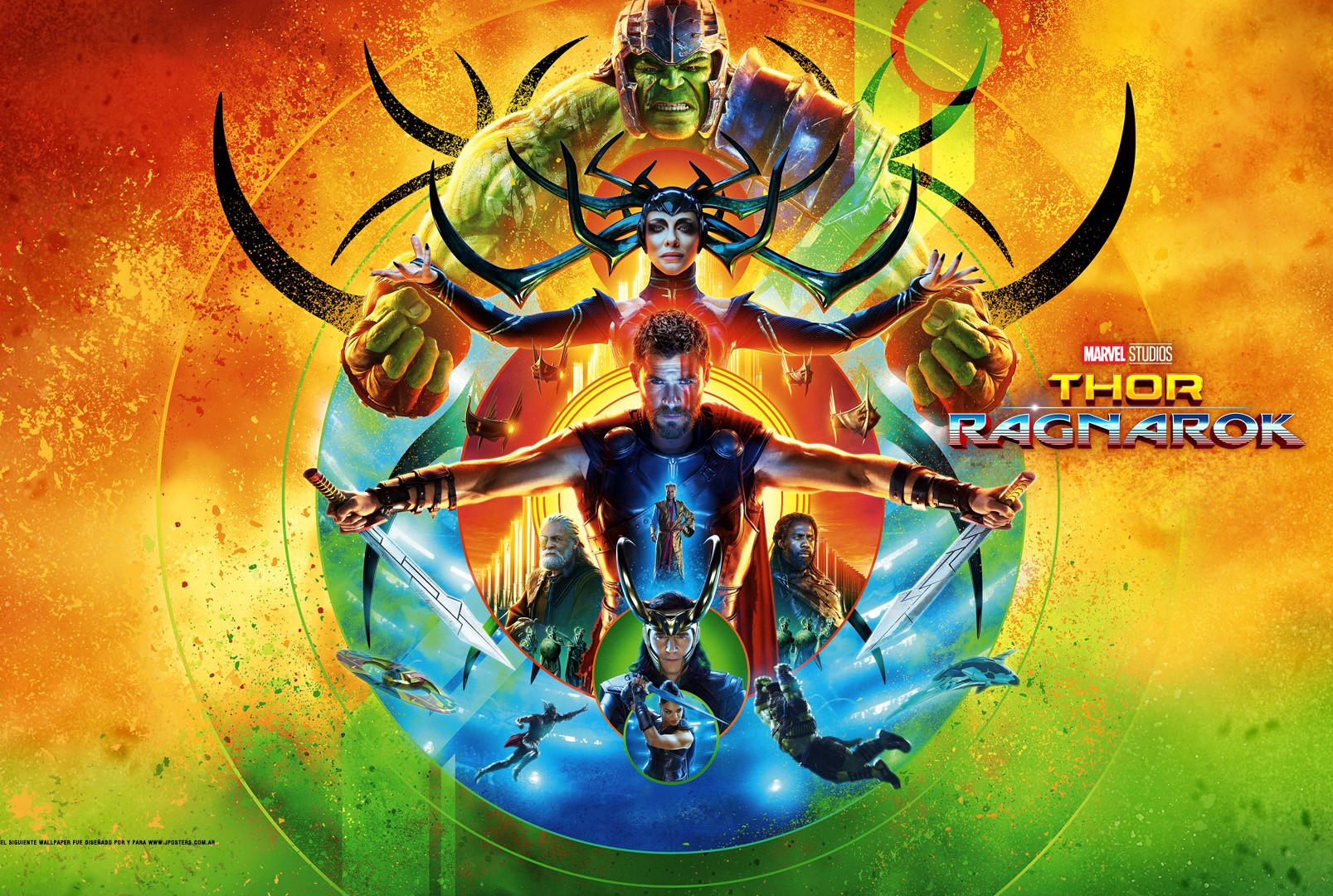 VVNG- You know, it’s just not fair that Thor (Chris Hemsworth) gets to be so good-looking and strong and charming and funny…. AND he gets to be the star of his very own, totally entertaining, hilarious and radical, 80s-inspired space opera. Honestly, though, I don’t even mind because, thanks to him, I was able to have a great time laughing and watching all of the spectacular visuals that were colorfully splashed across the film. I do have to warn you that this flick is first and foremost a comedy. Don’t expect it to be serious or overly dramatic. If you are fine with that, you will have tons of fun, enjoying all of the over-the-top gags, silly situations and hysterical jokes from start to finish.

While trying to save his home planet, everyone’s favorite God of Thunder gets captured and is forced to fight in a technicolor world full of zany characters who look like they are straight out of an MC Hammer music video. While there, he reunites with his fellow Avenger, The Hulk, and they form a team of heroes to go and stop the Maleficent-looking baddie, Hela, from destroying Thor’s home planet of Asgard.

I give Thor: Ragnarok, the “Checky™ Seal of Approval!” This movie is a clear and skillful homage to the 1980s sci-fi fantasy B-movies that were full of delightful campiness and vibrant colors that made every shiny frame of their movies pop. The entire cast is wonderful, the special effects are dynamic, the use of synthesizers in the score is brilliant and there is a scene in the movie where Thor and his friends are beating up a bunch of bad guys, while the Immigrant Song by Led Zeppelin is playing, that totally had me grinning like an idiot as my mind was being blown.  The only things I didn’t like about the film is that the camera was sometimes too close to the action and I didn’t know what the heck was going on, and a few of the jokes were very predictable. Other than that, I loved Ragnarok!

You should forget about earth for a couple of hours and go take a trip across the universe with Thor and friends. Let this vibrantly colorful and extremely imaginative film shower you with stunning visuals, a fantastic cast, superb action sequences and so much artistic goodness that really needs to be appreciated on a big screen.

So, what did you think of Thor: Ragnarok? Do you agree or disagree with me? Which flick are you checking out this week? What is your favorite scary movie of all time? Let me know in the comments below. Have a great day at the movies and don’t forget to save me some popcorn.

Official Synopsis: Imprisoned on the other side of the universe, the mighty Thor finds himself in a deadly gladiatorial contest that pits him against the Hulk, his former ally, and fellow Avenger. Thor’s quest for survival leads him in a race against time to prevent the all-powerful Hela from destroying his home world and the Asgardian civilization.