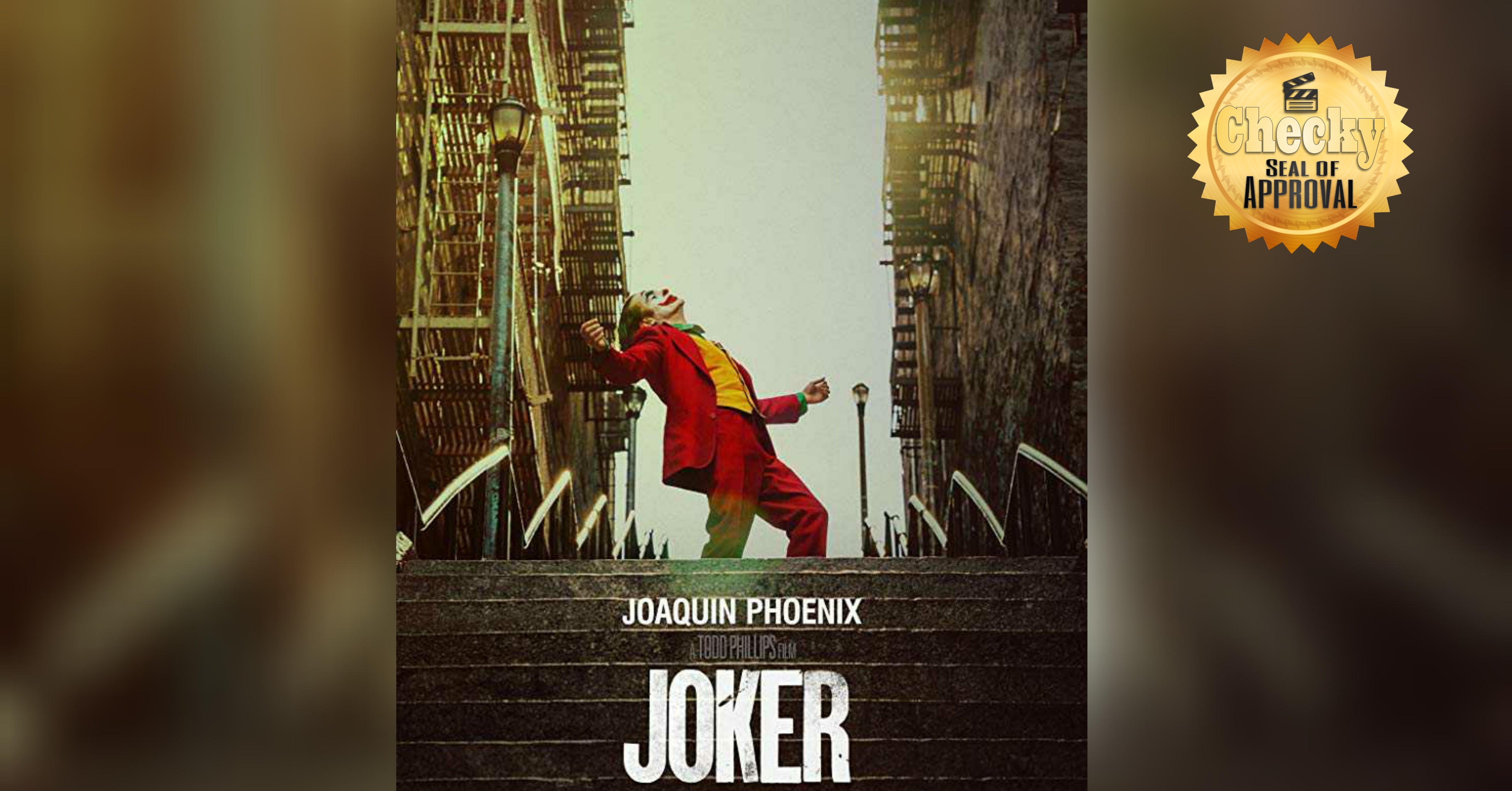 VVNG – Even though this film doesn’t contain possessed dolls, supernatural entities, vengeful ghosts or undead creatures, it is still the darkest, most depressing and scariest movie I’ve seen all year. It is not a superhero flick or a feel-good movie. It is a brutally convincing look at a mentally ill and emotionally disturbed man who becomes violently unhinged after he doesn’t receive the care and attention he desperately needs. This movie is gorgeously shot, superbly acted, brilliantly unapologetic, deeply disturbing and surprisingly touching, and you should definitely watch it in theaters, so you can witness all of the turbulent madness unfold in all of its deranged glory.

I give Joker, the “Checky™ Seal of Approval!” Kudos to the filmmakers for not shying away from such a touchy subject and really showing how dangerous an emotionally disturbed person can become when the world turns its back on them. Everything about the movie is genuine and done masterfully. It is quite long, but there is absolutely nothing boring about it. All of the awards need to be handed over to Joaquin Phoenix immediately. He marvelously transforms into a man descending into madness as he tries to hide his true self by forcing himself to be happy until life messes with him one too many times. This causes all of his bottled-up rage to explode out of him, revealing the persona he has truly been his entire life and finally emerging as The Joker.

Leave your smile, happiness, and kiddos at home and go watch this dark, intense, disturbing and very well made film. Just be ready to answer this question, that everyone is going to be asking you when they see your facial expression after you get out of the theater: “Why so serious?”

What did you think of Joker? Do you agree or disagree with me? Which flick are you checking out this week? Let me know in the comments below. Have a great day at the movies, and don’t forget to save me some popcorn.

Official Synopsis: Forever alone in a crowd, failed comedian Arthur Fleck seeks connection as he walks the streets of Gotham City. Arthur wears two masks — the one he paints for his day job as a clown, and the guise he projects in a futile attempt to feel like he’s part of the world around him. Isolated, bullied and disregarded by society, Fleck begins a slow descent into madness as he transforms into the criminal mastermind known as the Joker.