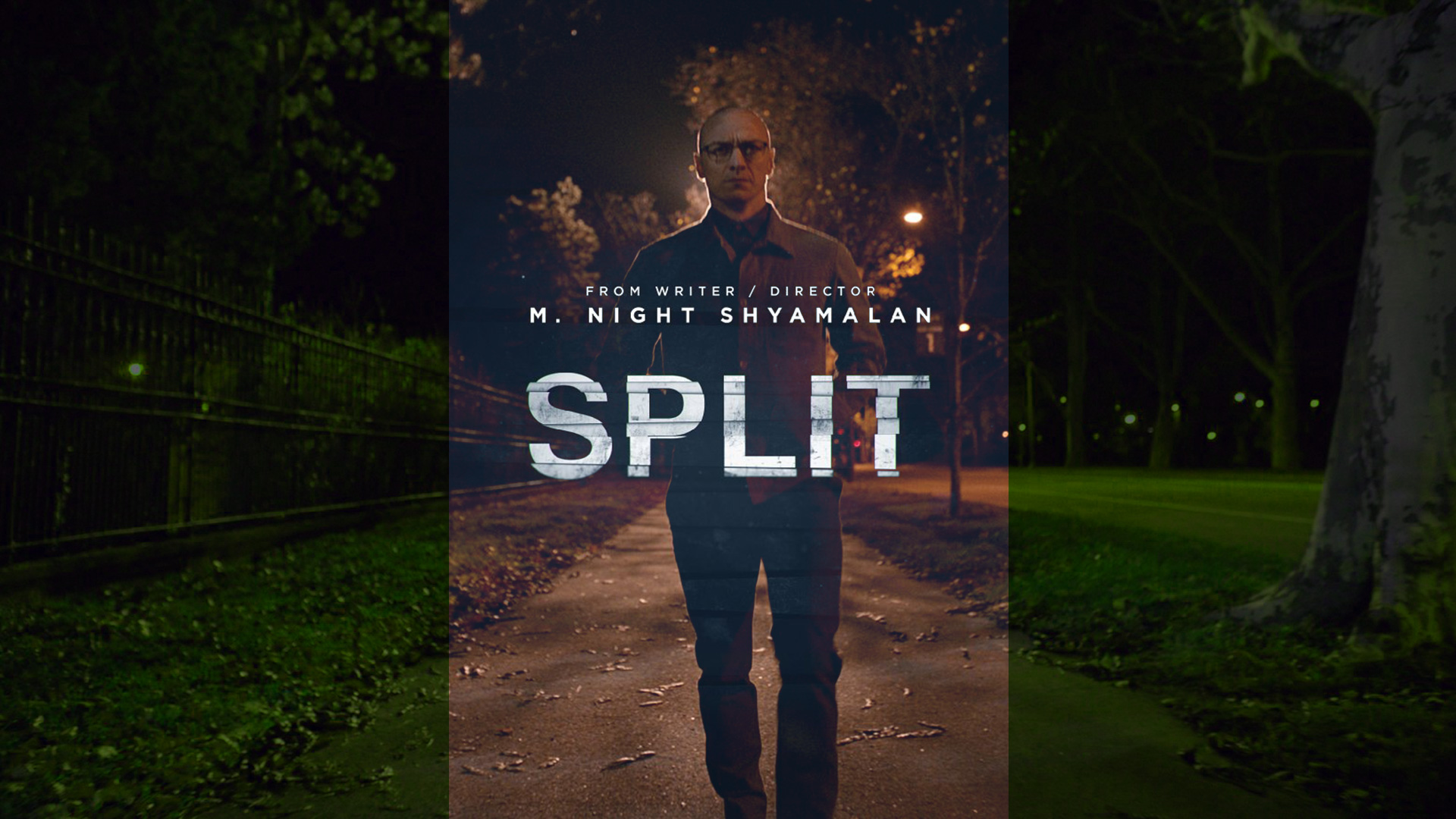 (VVNG.com)- Let me get this out of the way. I don’t think I can fully review this flick without spoiling a few things so I will, SPLIT (ha!), this review into two parts, a spoiler-free and a spoiler-heavy review.

The film starts right away with Kevin (James McAvoy), who has 23 different personalities, kidnapping Casey (Anya Taylor-Joy) and 2 of her schoolmates. From there it’s a matter of time before the girls either escape or are sacrificed to a potential 24th identity. The premise is what got my butt in the theater and  the movie does an excellent job making you feel like there is more than just one man that kidnapped the girls. There were more than a few times when Casey was talking to one of the personalities and I kept thinking: “Oh no, I hope the other guy doesn’t show up”. But that other guy was the same guy, get it? I really enjoyed that the movie was suspenseful, creepy, funny, “etcetera”, but was really disappointed that it ultimately leaves everything unresolved.

I give Split the “Checky™ Sticker of Tolerance!” James McAvoy is by far the best thing in this flick. He is funny, charming, scary, feminine and, most importantly, he’s convincing when he’s switching back and forth between the 23 identities. I love M. Night Shyamalan and his style, his storytelling and his wonderfully clever twists. He does a great job directing this flick but I didn’t like how he crammed the writing with so many unnecessary plot points. There are things that were added to the story that are really disturbing and don’t really serve any purpose to the overall outcome of the film.

I didn’t like how the movie shifted from psychological to supernatural but it didn’t bug me that much, what really did bug me, though, was how the females were portrayed in the flick. They are portrayed as weak and stupid. Their actions are idiotic and they never get out of the victim role. I would have wanted a little more girl power or more badassery from, at least, Casey. Overall, the cast was great, the premise was more than intriguing, the twist was pretty cool (although not everyone will get it), but the movie, literally, doesn’t have an ending and it left me wanting way more. If you’re curious about this story and you like M. Night, you will probably enjoy this film, but it’s cold in the Victor Valley right now, I say you stay indoors. No need to rush out to the theaters; some hot cocoa and Redbox is the perfect way to check out this fun, creepy and ambiguous flick.

Ok, if you don’t want to know anything else, stop reading here because there are some pretty hefty spoilers coming up.

SPOILER AL… No, you know what? Two alerts are enough! Proceed at your own risk.

Ok, so the big twist at the end of Split is that this is a sequel to Unbreakable. The M. Night Shyamalan film that came out in 2000 and starred Bruce Willis as a man that discovers he has superpowers, and Samuel L. Jackson as a man with bones that are extremely fragile, gaining him the nickname, Mr. Glass. So Split is basically a super villain origin story for James McAvoy’s character. At the end of the flick he unleashes a 24th personality called The Horde that has superhuman strength and eats human flesh. While this is a pretty sweet twist for fans of Unbreakable, it’s also kind of annoying.

I would have preferred it if they revealed the big surprise at least two thirds into Split, that way it wouldn’t feel like an unfinished story. The flick doesn’t have an ending and just leaves everything up to speculation. Throughout the movie, the girls that have been abducted by James McAvoy have so many opportunities to escape but they make one stupidly frustrating decision after another. We find out that Casey was abused by her uncle since she was a little girl, up until, presumably, the day she was kidnapped. This is a really sensitive and disturbing revelation that made me feel bad for Casey and thought that she deserved some much needed closure. They made it seem like Casey was this smart, observant and clever girl and I was expecting her to be the hero the whole movie but she didn’t do anything and her story doesn’t get resolved.

It’s as if she gets pooped on even more when, at the end, The Horde eats Casey’s classmates, gets away and lets Casey live, but she has to return to her abusive uncle. There is a moment when a police officer is telling Casey that her uncle came to pick her up and Casey gives the cop a look like she’s about to tell her what’s going on but, they just leave this ambiguous. Now, there is a possibility that there will be a third part to this story and all these loose ends will be addressed, but it kind of sucks that we have to wait, possibly years, to see what the ending for this movie will be. Will Bruce Willis go up against The Horde? Will The Horde take on Casey as an apprentice since he saw that she was as broken as him? Will I enjoy this movie way more when I watch it a second time? To all that I say, MAYBE, but we will have to wait and see who knows how long!

Well, Victor Valley, what say you? What did you think of the flick? Can you explain it to me? Leave your comments below and as always, have a great day at the movies and don’t forget to save me some popcorn.