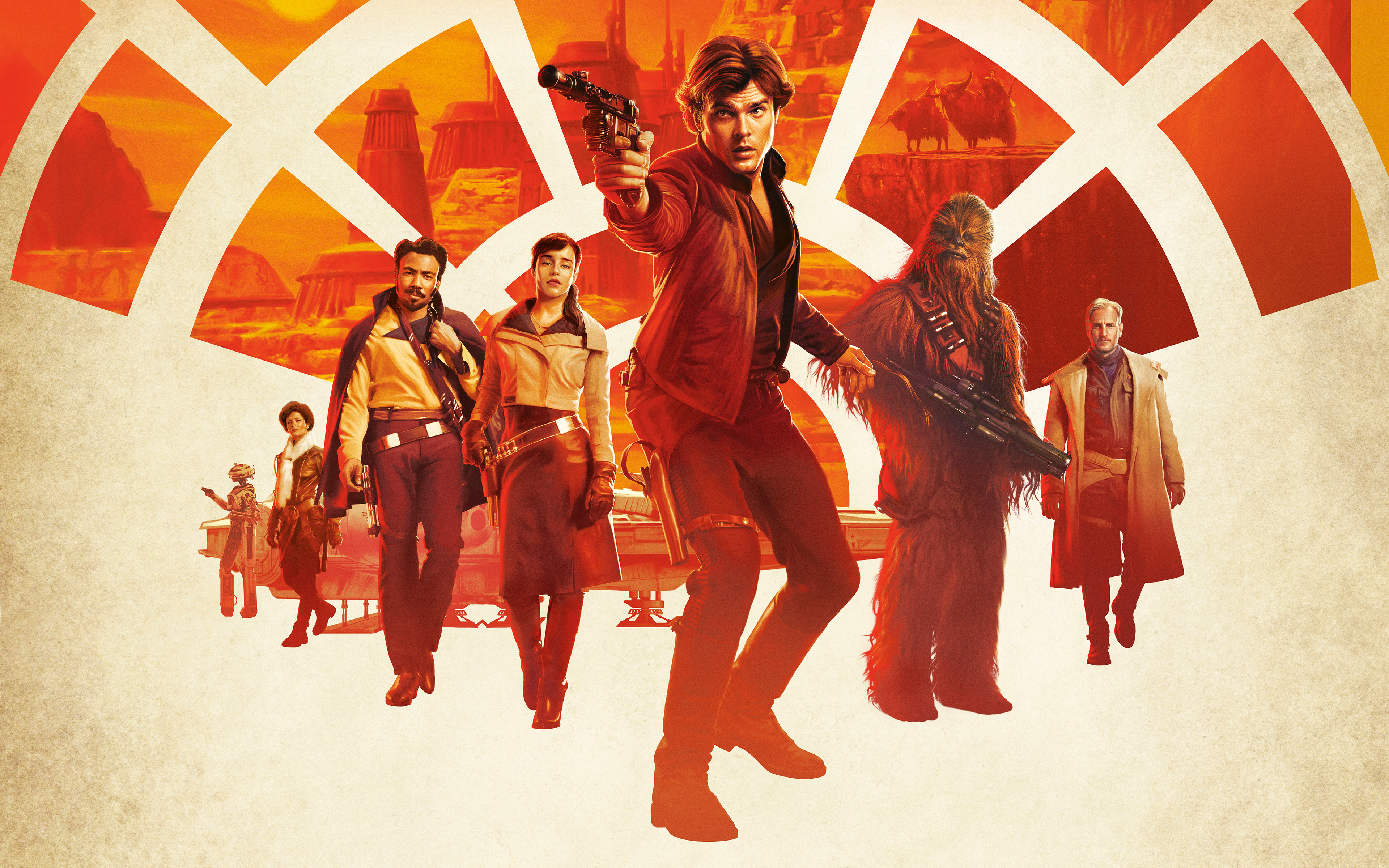 VVNG – For those of you who don’t know much (or anything) about the Star Wars universe, I have a good feeling about telling you this: This movie feels like less of a Star Wars movie than any of the other ones before it. I don’t mean that in a bad way. I mean it in the sense that it contains no Jedi, no lightsabers, and no Force powers. However, it does have plenty of blaster fights, space battles, charming droids, clumsy stormtroopers, lovable Wookies, and a cornucopia of other aliens to help remind all of the Star Wars geeks, that The Force has not forgotten about us. So, whether you love Star Wars or not, you are sure to enjoy this tragic, romantic, heist-flick that just happens to take place in a Galaxy, Far, Far Away.

Before we continue, let me get one thing out-of-the-way, NO ONE will ever be as good as Harrison Ford’s Han Solo. There is no point thinking that anyone can ever do as good of a job as him, because (spoiler alert) Harrison IS Han. In order to fully enjoy this story, you need to accept the fact that it is simply impossible for Mr. Ford to play a younger version of himself. Having said that, Alden Elrich, the guy who plays young Solo in this film, does a really good job as everyone’s favorite Scruffy-Looking Nerf Herder.

This tale takes place a long time ago when Mr. Solo was younger than we have ever seen him before. We get to watch when him and Chewbacca meet and when he obtains the Millenium Falcon while teaming up with a group of smugglers who are hired to do a job for a dangerous gangster.

I give Solo: A Star Wars Story, the “Checky™ Seal of Approval!” My excitement for this movie was at a shockingly low-level, considering that I am as crazy about Star Wars as I am about tacos (don’t judge me because I adore tacos). However, I am happy to report that I was pleasantly surprised while watching this Star Wars flick that contains plenty of action, intense scenes, great characters, funny moments and about 3 or 4 heartbreaking scenes that made me sad. It is  definitely darker, grittier and more somber than all of the other SW flicks before it, but that just makes this story, all the more interesting.

It doesn’t matter if you decide to go with someone or go… Solo (he he), just buckle up and head on over to the theater to enjoy the exciting tale of how a lonely kid went on to become a galaxy’s most famous and beloved Scoundrel.

So, what did you think of Solo: A Star Wars Story? Do you agree or disagree with me? Which flick are you checking out this week? Let me know in the comments below. Have a great day at the movies, don’t forget to save me some popcorn, and may the Force be with you!

Official synopsis: Young Han Solo finds adventure when he joins a gang of galactic smugglers, including a 196-year-old Wookie named Chewbacca. Indebted to the gangster Dryden Vos, the crew devises a daring plan to travel to the mining planet Kessel to steal a batch of valuable coaxium. In need of a fast ship, Solo meets Lando Calrissian, the suave owner of the perfect vessel for the dangerous mission — the Millennium Falcon.