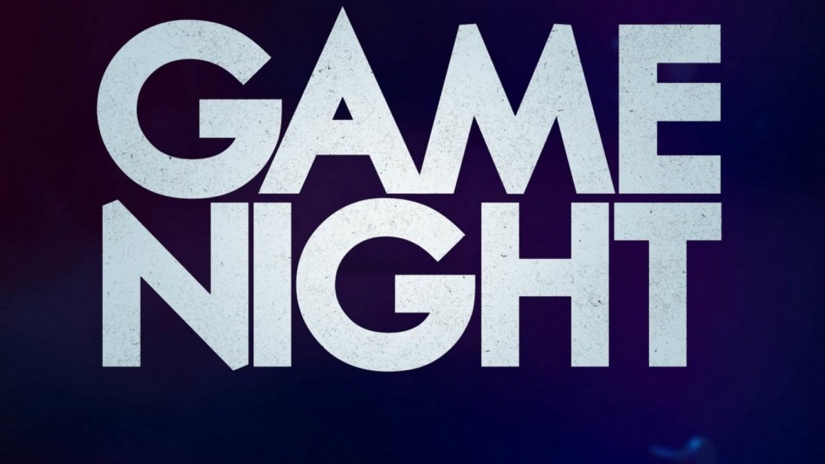 VVNG- A night spent aggressively competing against your loved ones is already crazy enough, right? Well, add kidnapping, murder and tons of other illegal activities to the screams, accusations, anger, confusion, frustration, and cheating, that passionately come out of everyone while playing games, and you got an action-packed and hilarious flick that takes your average game night to a whole nother level.

Max (Jason Bateman) and Annie (Rachel McAdams) are an adorable married couple who love beating their friends during their weekly game night (hey that’s the title of the movie). Things get real crazy, real fast, when they are all forced to turn the city into their own personal game board and look for one of the players who was kidnapped as part of what is SUPPOSED to be a fake scavenger hunt.

I give Game Night, the “Checky™ Sticker of Tolerance!” Everyone in the cast is a winner and helps make this flick a hilariously fun watch. The writing is clever, the camerawork is (surprisingly) excellent and the guy who plays Max and Annie’s neighbor always reminds me of Matt Damon (Jesse Plemons) and is great in this flick.  Sometimes the coincidences are too big to ignore and the characters are a bit one dimensional, but I love how the movie is so meta and self-aware that before I can point out any of its flaws, it makes fun of itself. All in all, this movie contains enough jokes and entertainment to make it worth checking out. 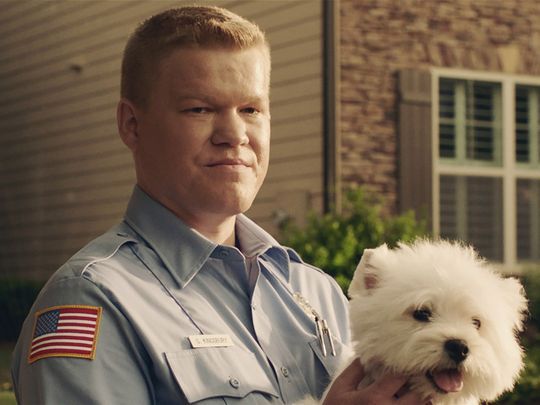 Matt Damon lookalike, Jesse Plemons, is hilarious in this flick and perfectly plays an awkward and creepy cop with tons of emotional baggage.

So, whether you’re thinking of watching this flick in theaters or at home, make sure you leave the kiddos out of it and watch it with the group of friends you normally have game night with. You will have a great time enjoying the witty comedy, fast-paced action and very likable cast in this film that keeps you intrigued and laughing until the real-life murder mystery is solved.

What did you think of Game Night? Do you agree or disagree with me? Which flick are you checking out this week? Let me know in the comments below. Have a great day at the movies and don’t forget to save me some popcorn.

Official Synopsis: Max and Annie’s weekly game night gets kicked up a notch when Max’s brother Brooks arranges a murder mystery party — complete with fake thugs and federal agents. So when Brooks gets kidnapped, it’s all supposed to be part of the game. As the competitors set out to solve the case, they start to learn that neither the game nor Brooks are what they seem to be. The friends soon find themselves in over their heads as each twist leads to another unexpected turn over the course of one chaotic night.

Death Wish Goes from Dark and Gritty to Overly Wacky