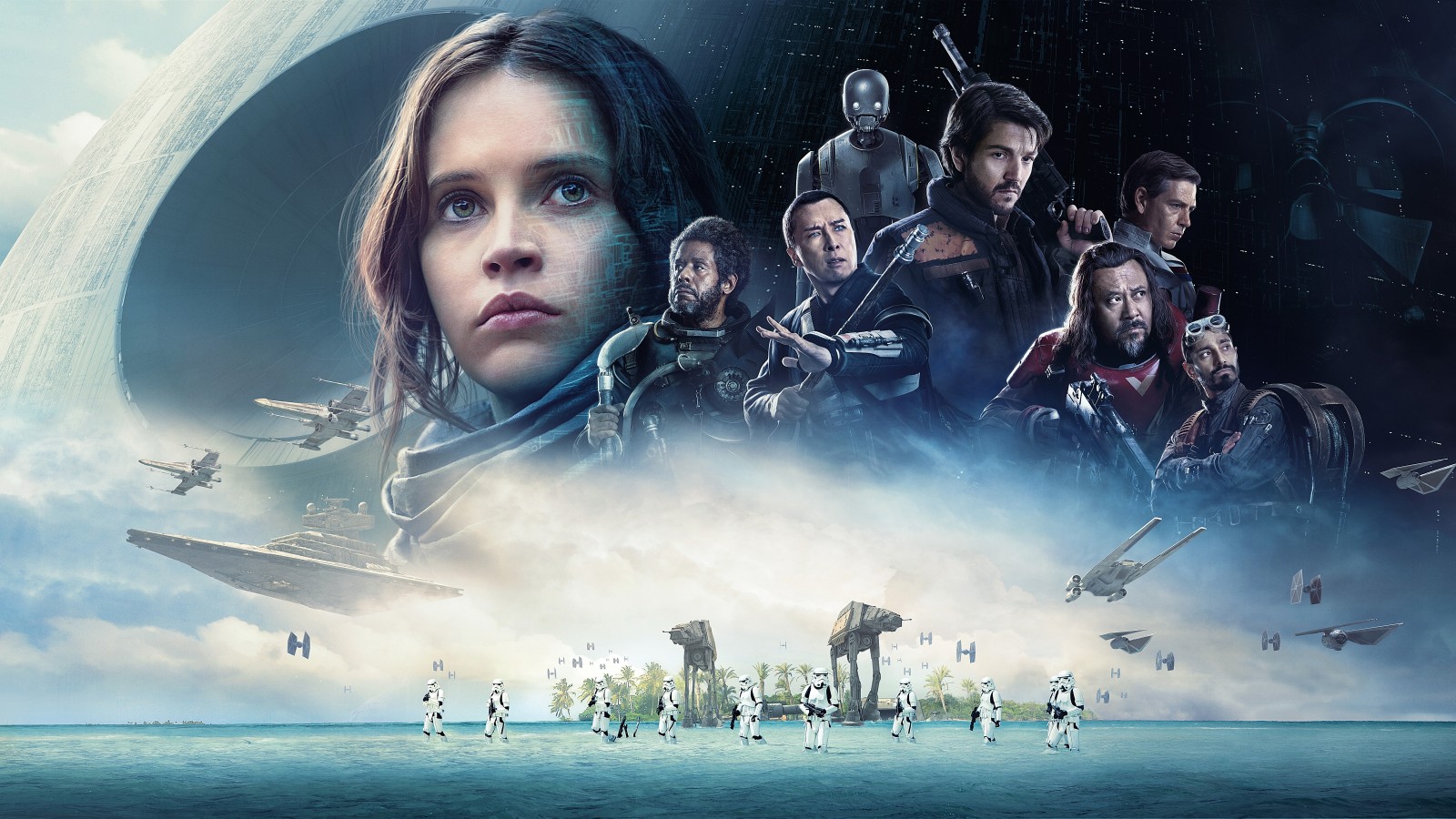 (VVNG.com)- I am ecstatic to say that I just witnessed X-wings flipping and turning while battling Tie Fighters and evading Star Destroyers. Rebels in a beach fighting Stormtroopers, Sandtroopers, Death Troopers and motherflippin AT-ATs. A Droid working alongside humans disguised as imperial officers infiltrating a military base to steal the plans of a Space Station capable of destroying ENTIRE FREAKING PLANETS… AND, if that wasn’t enough to make your Nerd-Heart skip a beat… I saw the Grand Dark Daddy himself, Mr. Darth Vader, be as ruthless as I have ever seen him be. In the words of a fellow moviegoer (that I overheard at Cinemark in Jess Ranch, Thursday at 7): “Mind… BLOWN!”

Now… If any of that made sense to you, I don’t need to convince you that this is an epic flick and you should go watch it like… RIGHT NOW!!!.. BUT!… If you were reading the previous paragraph and you were thinking that it was all gibberish, then maybe you should know a couple of things before deciding whether or not you should go check this out. I really think that this film was primarily made for Star War fans, and I’m not just talking about people who think that BB8 and R2-D2 are cute, NO, I’m talking about the people who know how fast the Millennium Falcon completed the Kessel Run. There is definitely enough entertainment for everyone that goes and checks this out, but I’m just saying that for the ones who aren’t THAT into Star Wars, you’re going to have to be a bit patient to fully enjoy this flick.

The first half of this movie is a bit slow and, again, it might be a bit hard to get into the flick if you are not soaking in all the wonderful references to the original Star Wars films and enjoying  how magnificent everything looks and feels like the classics, only newer and in perfect high definition. However, once the film establishes its characters and their motives, the movie becomes EVEN better. When the plan to steal the plans for the Death Star is in full effect, this marvelous film kicks into hyperdrive and delivers one of the best battles in cinema history. It takes the action from the ground to the air and even to space. Blending and combining some of the best things from the SW universe while adding a fresh new look and telling a great story full of hope, sacrifice and courage.

I, OF COURSE, give this The “Checky™ Seal of Approval!” I really liked the first half of the flick, but I LOVED the second half of this thrilling movie. The only things I didn’t like were that Darth Vader was a bit underutilized (but that scene where he comes out is completely badass) and I didn’t feel as emotionally attached to the characters as I would have liked. Other than that, I really HOPE every Jedi, Sith, Stormtrooper, Rebel, Scoundrel, Wookie Or Scruffy Looking Nerf Herder in the Galaxy goes to the theater and checks out this action packed, and hilarious (thanks to K-2SO) war story that is masterfully executed and perfectly connects the 3rd and 4th episodes of the ever growing, phenomenal Star Wars universe.

In a time of conflict, a group of unlikely heroes band together on a mission to steal the plans to the Death Star, the Empire’s ultimate weapon of destruction. This key event in the Star Wars timeline brings together ordinary people who choose to do extraordinary things, and in doing so, become part of something greater than themselves.