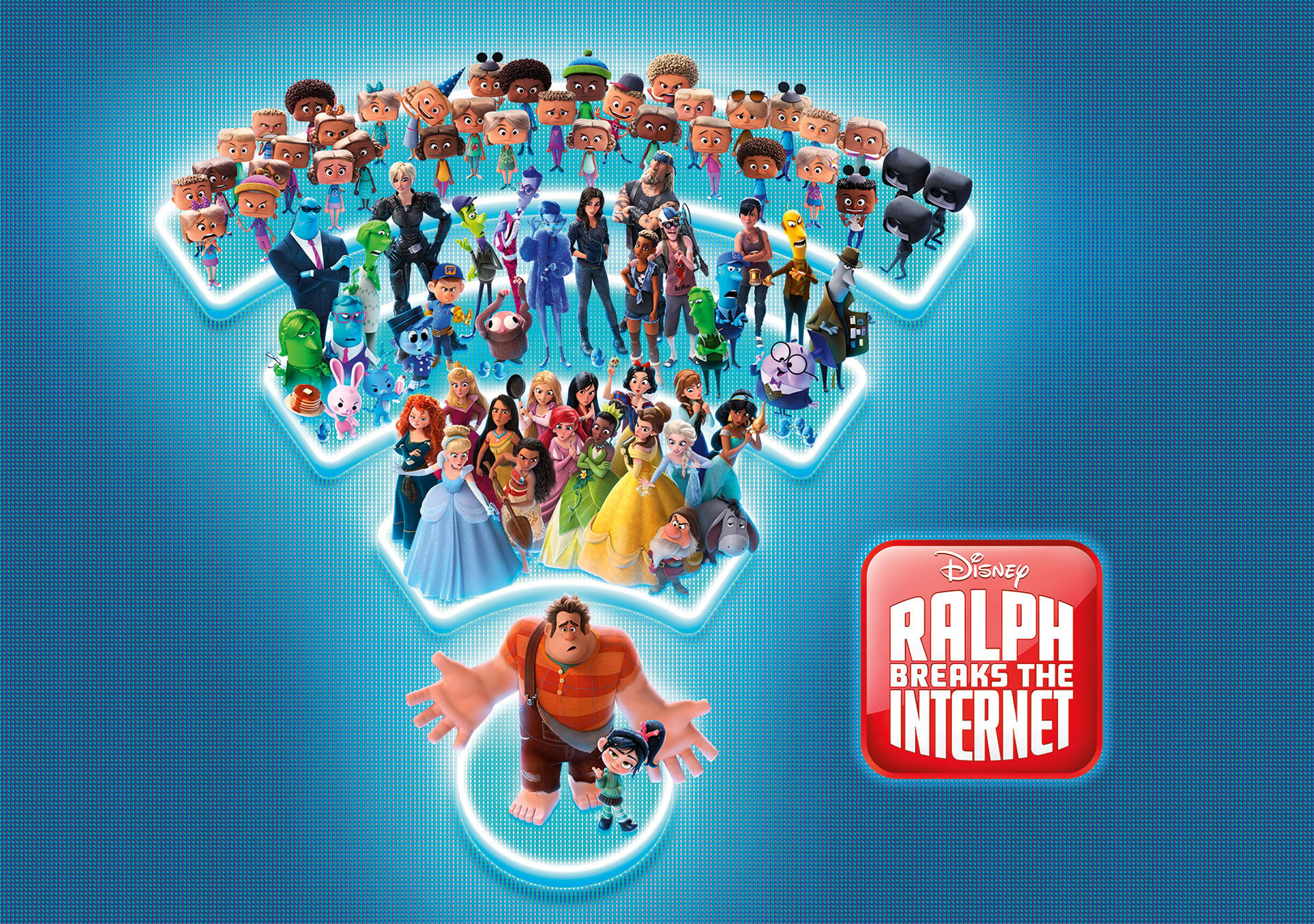 VVNG- You know that feeling of satisfaction you get when things perfectly fit inside of a suitcase, or the trunk of a car or… a pair of jeans? Well I got that same feeling when I was watching so many references, cameos, Easter-eggs, and characters from YouTube, video-games, movies, and the internet perfectly stuffed into this funny, uplifting and heartwarming family-film. Kudos to the filmmakers who could have just made a generic sequel in order to cash in on the success of Wreck it Ralph, for instead making a heartfelt film with a sweet message about friendship, while impressively encapsulating everything that is currently trending on the internet.

After a quick set up and a nice little recap of the previous flick, things really get going once Ralph and Vanellope decide to get on the information superhighway and travel to the internet to search for a broken steering wheel for Vanellope’s arcade game. As they race against the clock, Vanellope discovers that there is much more to her existence than racing inside of her arcade and hanging out with Ralph.

I give Ralph Breaks the Internet, the “Checky™ Seal of Approval!” Some of the plot points seemed a bit too convenient, but I really didn’t mind that much. I was still able to appreciate the clever and amusing way the filmmakers personify the internet and include so many fun little details throughout the movie. There is a part  where Vanellope goes to the Disney website and hangs out with all of the Disney Princesses (most of them voiced by the original voice actresses) and it is specially delightful. In addition to that, the whole flick is full of fast paced and exciting action, pretty funny jokes, and tons of heart.

It’s getting cold outside, so I suggest you gather up your entire family and go watch this enchanting flick, that way at least your heart will warm up as you enjoy an adorable story about friendship and selflessness.

What did you think of Ralph Breaks the Internet? Do you agree or disagree with me? Which flick are you checking out this week? Let me know in the comments below. Have a great day at the movies and don’t forget to save me some popcorn.

Official Synopsis: Video game bad guy Ralph and fellow misfit Vanellope von Schweetz must risk it all by traveling to the World Wide Web in search of a replacement part to save Vanellope’s video game, “Sugar Rush.” In way over their heads, Ralph and Vanellope rely on the citizens of the internet — the netizens — to help navigate their way, including an entrepreneur named Yesss, who is the head algorithm and the heart and soul of trend-making site BuzzzTube.