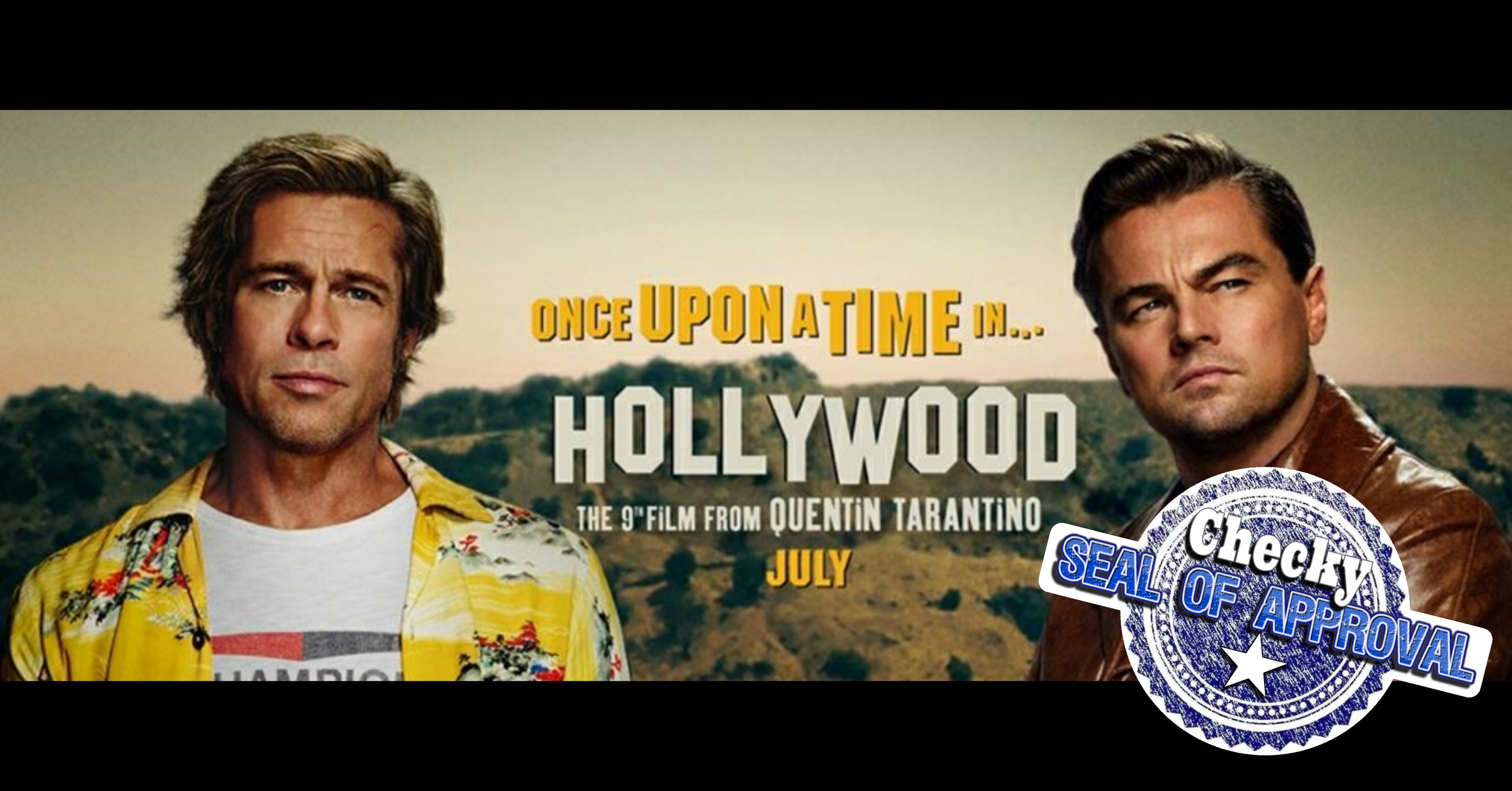 VVNG – Going to a frozen yogurt place is as delicious as it is frustrating for me because I always end up getting a couple of pounds of the dairy dessert topped with a nasty combination of almost every topping they have available. This inability to make definitive decisions applies to all aspects of my life, so I live in a world of doubt and uncertainty every single day.  In fact, I am only absolutely certain of 3 things: my wife is my favorite person, The Beatles is my favorite band, and Quentin Tarantino is my favorite director. I love Mr. Tarantino’s unique style and the fact that his films are always very original and very sensational, and that they leave me thinking about them long after I have seen them. This movie is no exception, and it gifted me with three more things I can add to my list of certainty: Brad Pitt steals the show, Tarantino’s still got it, and this movie has one of my favorite endings ever.

In a cast that includes Leonardo Dicaprio, Margot Robbie, and Kurt Russel, it seems almost impossible for anyone to stand out, but I have to say that the best performance was courtesy of Mr. Pitt. His charm is off the charts in this movie, which makes every second of his screen-time extremely enjoyable to watch.

The fact that I wasn’t bored during this (almost) 3-hour long movie that is not fast-paced, and includes plenty of scenes where people don’t talk for long periods of time, is one of the many reasons why Tarantino is still a master of his craft. He is able to make any scene interesting with drama, suspense, action and/or humor. This is especially true during the final part of this flick when he doesn’t hold back and goes full-Quentin in a very satisfying, brutal, and shocking way.

I give Once Upon a Time in … Hollywood, the “Checky™ Seal of Approval!” This (mostly) feel-good fairytale might not have any life-changing morals, and it might not be Quentin’s best movie, but it does have everything that Mr. Tarantino’s flicks always have; Very clever writing, fantastic music, phenomenal acting, a very original story, witty dialogue and humor, over-the-top violence, beautiful production design, and a top-notch cast. This is clearly a love letter to the Golden Age of Hollywood. A Hollywood from an alternate reality full of what-ifs that you should definitely check out in theaters, especially if you are as sure about loving Tarantino’s work as I am.

What did you think of Once Upon a Time in… Hollywood? Do you agree or disagree with me? Which flick are you checking out this week? Let me know in the comments below. Have a great day at the movies, and don’t forget to save me some popcorn.

Official Synopsis: Quentin Tarantino’s Once Upon a Time… in Hollywood visits 1969 Los Angeles, where everything is changing, as TV star Rick Dalton (Leonardo DiCaprio) and his longtime stunt double Cliff Booth (Brad Pitt) make their way around an industry they hardly recognize anymore. The ninth film from the writer-director features a large ensemble cast and multiple storylines in a tribute to the final moments of Hollywood’s golden age.