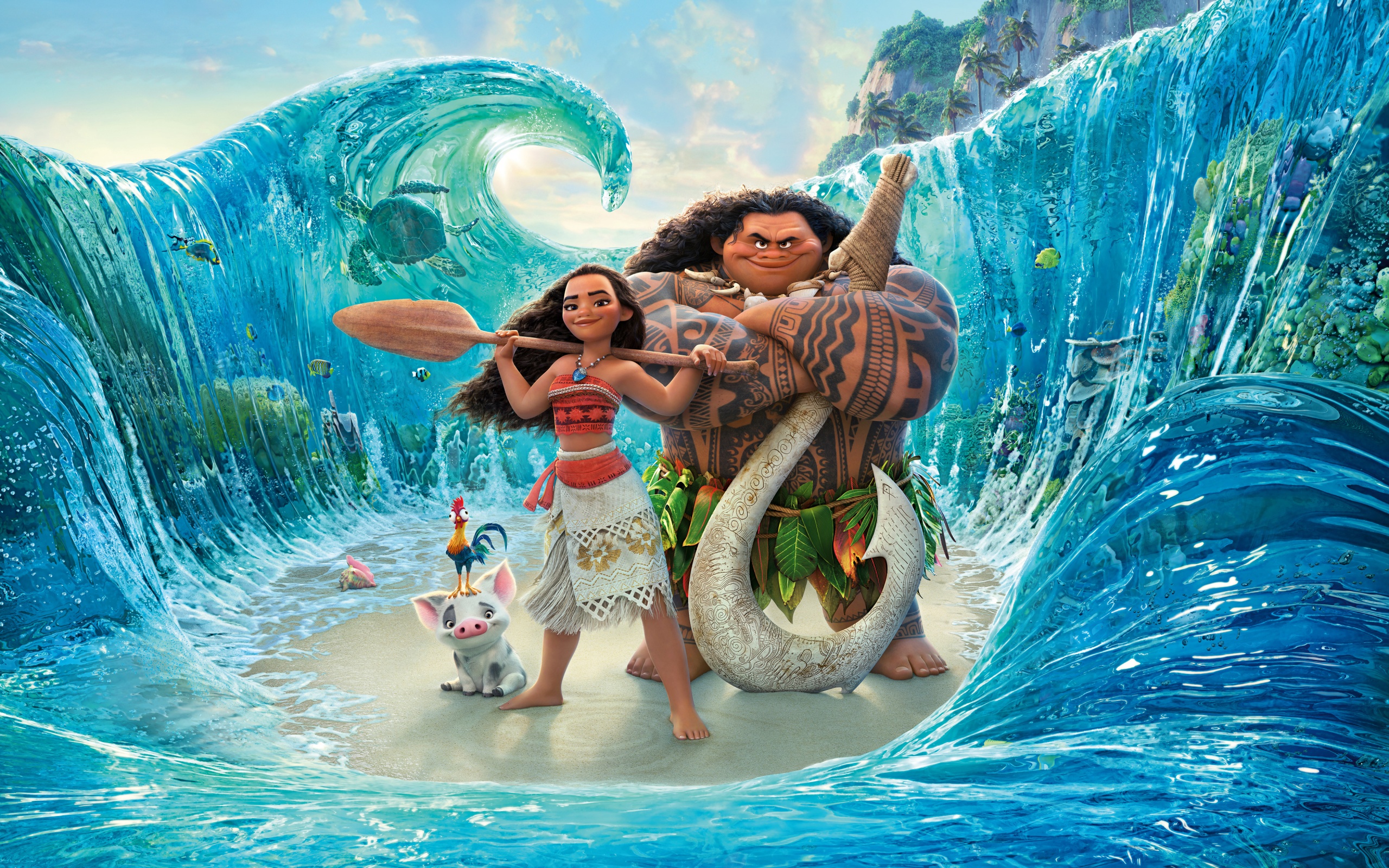 (VVNG.com)- I really didn’t need another reason to want to go to Hawaii but Disney did such an amazing job displaying the breathtaking beauty of the pacific islands that I am just itching to pack my bags to go visit… ASAP! Now I know this isn’t really what it looks like (because this movie is animated…duh) but if Hawaii looks ¼ as gorgeous as it does in this flick, then everybody should write this place down in their bucket lists. Besides being one of prettiest films of the year, Moana also has a great story, plenty of humor and a beautiful princess that is benevolent, badass and braver than all the other Disney Princesses (sorry Merida).

I had so much fun watching this excellent example of why Disney has so much money. The animation is so realistic, crisp and vibrant, the action was fast paced, the humor was humorous (ha) and even though I didn’t like the songs that much at the beginning, they got catchier and better as the movie went on and by the end of it I was tapping and wiggling my feet (much to the annoyance of the person sitting in front of me, sorry stranger, but just think of it as a free D-Box upgrade). Even when the pace is a bit calmer, there is plenty of stunning scenery to admire and a nice story that celebrates the unique and wonderful culture of Pacific Islanders.

I give this The “Checky™ Seal of Approval!” I can’t give enough props to Disney for making such a wonderfully emotional and powerful flick. Maui (Dwayne “The Rock” Johnson) is great as a charismatic, funny, conceded and misunderstood demigod. Moana (played perfectly by Auli’i Cravalho) is a magnificent addition to the Disney princess family thanks to being such a strong and independent female that girls can look up to. I was feeling all kinds of emotions during the film, specially during the final epic showdown/confrontation and when Moana realizes who she truly is, I was like: “I LOVE YOU MOANA!!!”

I definitely recommend you go watch this in theaters and consider watching this movie in 3D (the 3D looks great but is not really necessary). If you’re STILL not thinking of going, then you are going to miss out of an f-ing beautiful adventure full of murderous coconuts, a silly singing crab (no, not Sebastian), a scary lava monster, a cute little piggy, a hilariously adorable chicken AND a feel good short before the movie even starts that is cute, funny, clever and sad. So come on, hop onto your land-boat (car… I mean your car) and take your whole family to the theaters to watch this uplifting and heartwarming flick that will have your heart happy and singing until Disney makes another cash guzzler.

So, what did you think of Moana? Do you agree or disagree with me? Which flick are you checking out this week? What is your favorite Disney movie of all time? Let me know in the comments below. Have a great day at the movies and don’t forget to save me some popcorn.

Moana is a princess who lives on a Pacific Island full of people that are forbidden, by Moana’s father, to sail into the ocean, due to his fear of someone dying at sea. Moana has to disobey her father and embark on an adventure when she finds out that the ocean picked her to return a sacred stone that a demigod named Maui (The Rock) took from a goddess. When the stone was taken, the goddess unleashed a curse that destroys all living things. With the help of Maui himself, Moana embarks on a magical voyage to return the stone before the curse reaches her family’s home.