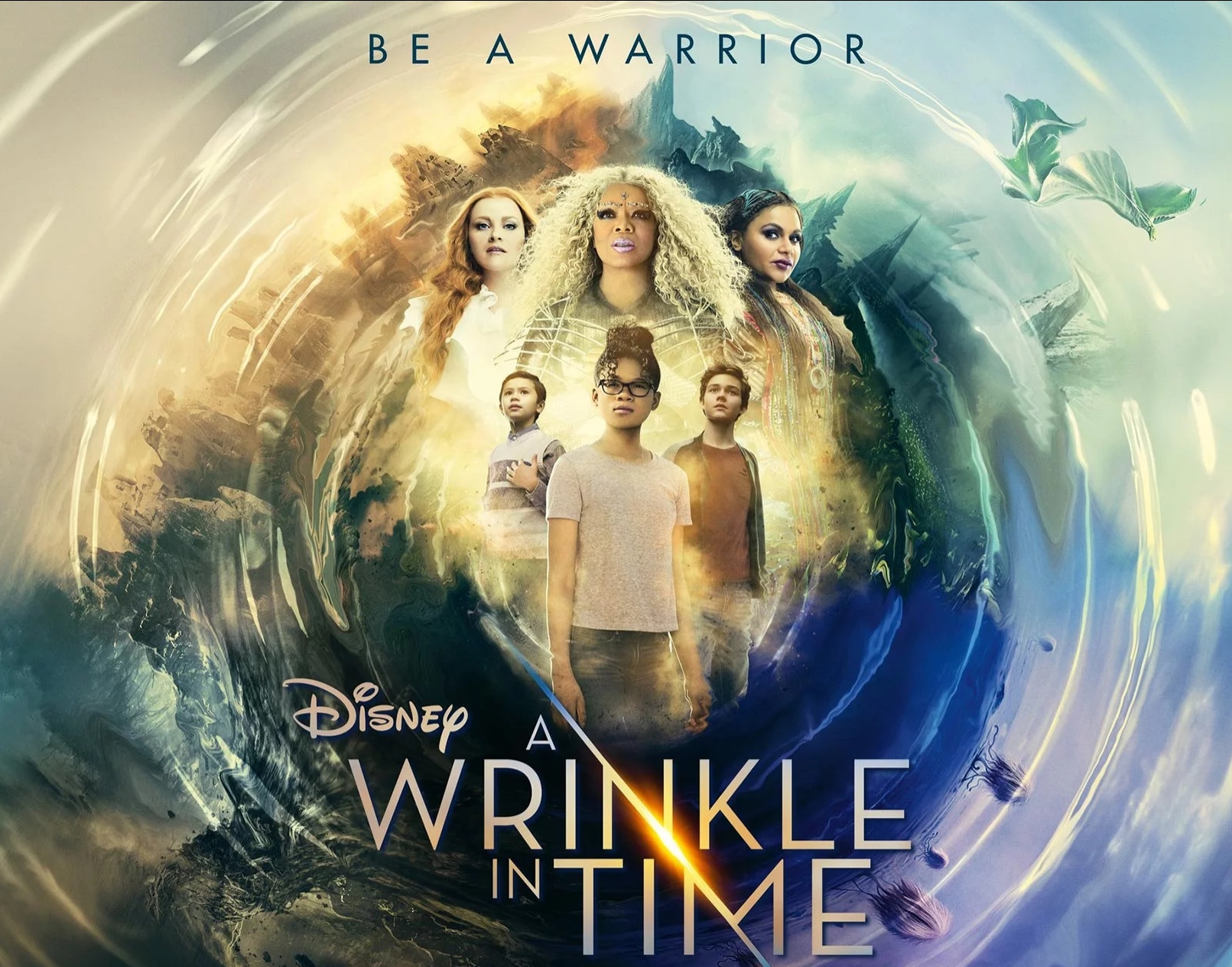 VVNG- There has only been one time when I haven’t finished watching a movie because of it being really bad. It happened when I was watching The Love Guru. Last night, there were more than a couple of times when I seriously thought of walking out of the theater in the middle of this flick. The only reason I finished it was because I wanted to warn everyone not to waste their time and money, and hopefully save at least one person from watching this magical, whimsical mess.

(Don’t) Embark on a journey, that the movie itself calls ridiculous (I’m serious, a character from the movie says the journey the main girl went on, was ridiculous), with three, mystically dimwitted, guides named Mrs. Who (Oprah), Mrs. Whatsit (Reese Witherspoon), and Mrs. Which (Mindy Kaling) who appear out of nowhere and help Meg (Storm Reid), a girl who is for some reason special, find her dad (Chris Pine) who disappeared four years ago when he traveled through time and space because he found a radio station that played a certain frequency. Oh and Meg’s little brother, Charles Wallace (who is very annoying), and her classmate Calvin (Levy Miller) tag along for the dull ride. 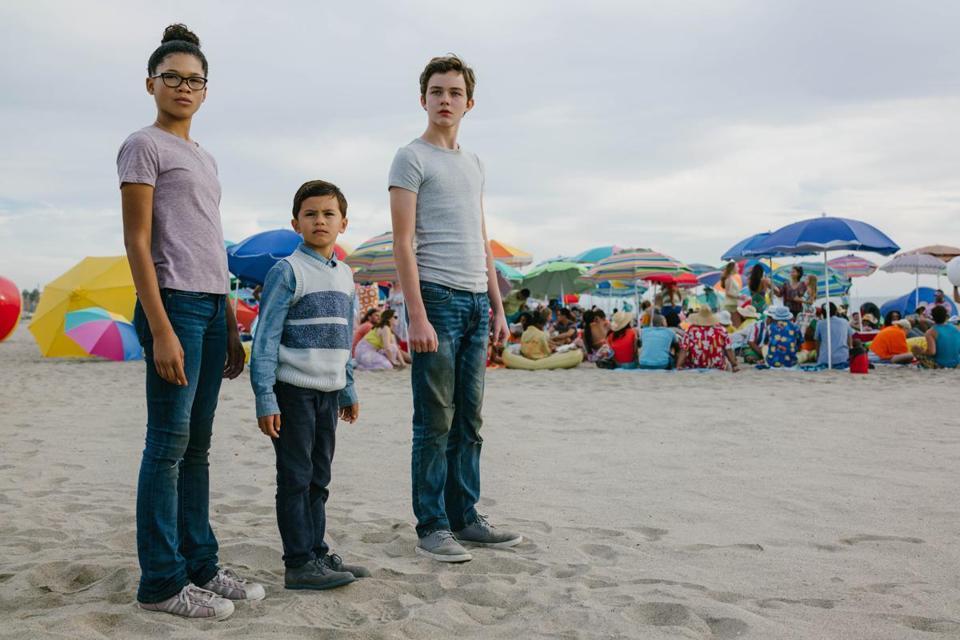 I give A Wrinkle in Time, The “Checky™ Brand of Shame!” I can’t believe how much I disliked this flick. Everything happened for no reason or with little to no explanation and nothing in it made sense. There was a scene where two scientists were talking about quantum entanglement and it made more sense than anything in the entire movie. The film tried to tackle important issues involving bullying, self-worth, family, kindness, love, and good versus evil, but it was not able to fully flesh out any one of those topics, so it just ended up feeling sloppy and ineffective.

Let me save you some money and tell you about some of the “fascinating” things that happen during this stinker. All of the Missus WTFs travel with the kids, to worlds made up of bad green-screen animations, by holding hands and closing their eyes. Every time they pop-up somewhere new, the Misuses inexplicably have a new outfit on and the kids have to do some lame task or face a lame danger to go to the next outfit… I mean, world. Some of those tasks or dangers include, riding on a flying lettuce (no joke), balancing on rocks, riding a log in a tornado, looking at kids bounce their balls at the same time, enjoying a picnic at the beach, and getting slapped around by a glowing tree, which by the way, spoiler alert, is the evilest thing in the universe… Yup, a tree that just needs a little lovin’.

It is such a shame that there is so much wasted talent in this film. All of the spiritual guides come off as idiotic ditzes. I’m guessing the filmmakers were trying to make them appear magical, but they all just seem like they are drunk or drugged or both. The movie is not funny, not interesting, not entertaining and not exciting. The soundtrack does not fit the movie at all, and sometimes the music would drown out what the actors were saying. The only MINOR redeeming qualities are Chris Pine, because he is always good, and Levi Miller and Storm Reid, because they are very likable and it’s not their fault this movie is bad. Storm Reid is obviously very talented because she does a great job acting sad or mad or happy in the short moments when she actually conveys emotion, but the director obviously didn’t utilize Storm’s talents and instead allowed her to be pretty much expressionless for about 90% of the flick. 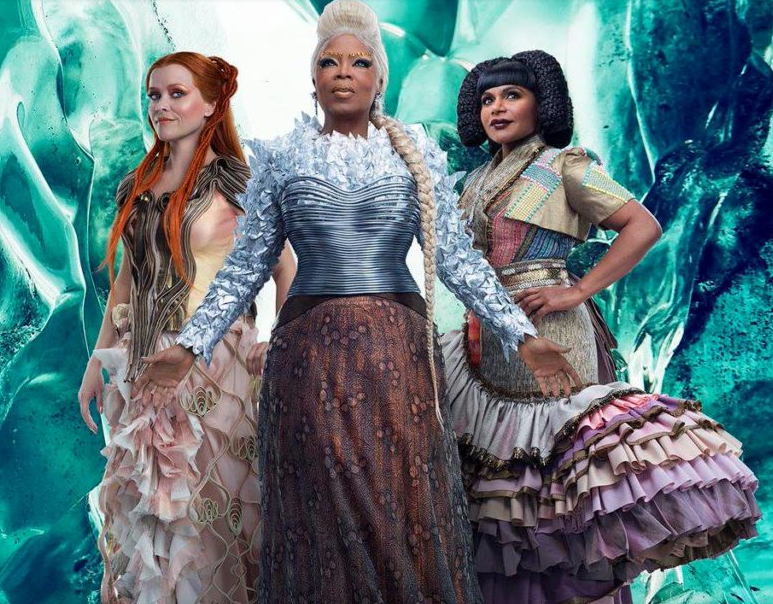 Look I understand that everyone has different tastes and if you already saw this film and loved it… Great!.. But, if you have not seen it yet, I recommend you keep it that way. Because if for whatever reason your curiosity gets the best of you and you end up watching this nonsensically disorganized, boring, and dopey flick, and you end up hating it as much as I did… I will suddenly appear like one of the Missuses, with glittery makeup spackled on my face, to say I told you so.

So, what did you think of A Wrinkle in Time? Do you agree or disagree with me? Which flick are you checking out this week? Let me know in the comments below. Have a great day at the movies and don’t forget to save me some popcorn.

Official Synopsis: Meg Murry and her little brother, Charles Wallace, have been without their scientist father, Mr. Murry, for five years, ever since he discovered a new planet and used the concept known as a tesseract to travel there. Joined by Meg’s classmate Calvin O’Keefe and guided by the three mysterious astral travelers known as Mrs. Whatsit, Mrs. Who and Mrs. Which, the children brave a dangerous journey to a planet that possesses all of the evil in the universe.

Death Wish Goes from Dark and Gritty to Overly Wacky