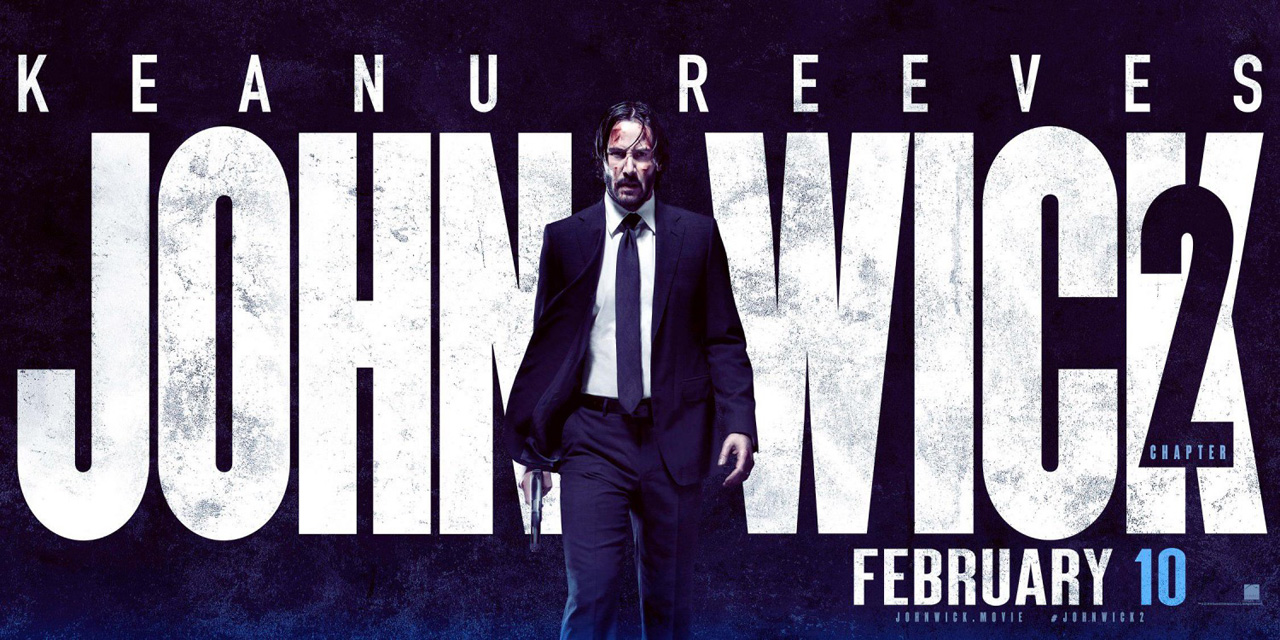 (VVNG.com)- I am about 90% sure that Rambo and the Bride from Kill Bill had a child, and I’m just as certain that they named him John Wick. Keanu Reeves does a marvelous job playing such a powerfully intimidating and nearly indestructible assassin that leaves a path of destruction whenever someone is stupid enough to mess with such a deadly and skilled half man-half terminator hybrid of total Badassery. I was blown away by this flick and it’s fast paced, high-impact and magnificent action and choreography…. Ladies and gentlemen, Mr. Wick is back!… And I am glad to say that he brought his ferocious and ultra-violent A- Game with him.

I give John Wick: Chapter 2, the “Checky™ Seal of Approval!” The only thing I didn’t love about this flick, was that there are some parts that are a bit slow, but maybe they just stand out because of how drastically different those scenes are, compared to the moments of awesome action. I really appreciate that the director didn’t use a shaky cam to record all of the glorious fight sequences. You get to witness, in great detail, every time good ol’ Johnny Boy (please don’t tell him I called him that, he hates it), uses his hands, guns, car or writing utensil to take down every criminal that gets in the way of his wrath.

I recommend you leave your kiddos at home and check this flick at the theater. That way you can take a trip into a criminal underworld that is full of car chases, car crashes, hand to hand combat,  gun fights and an incredibly high amount of headshots that will leave you wondering how a 50 year old Keanu Reeves, can still kick so much more butt than you.

So, what did you think of John Wick: Chapter 2? Do you agree or disagree with me? Which flick are you checking out this week? What is your favorite Keanu Reeves movie? Let me know in the comments below. Have a great day at the movies and don’t forget to save me some popcorn.

After returning to the criminal underworld to repay a debt, John Wick discovers that a large bounty has been put on his life.