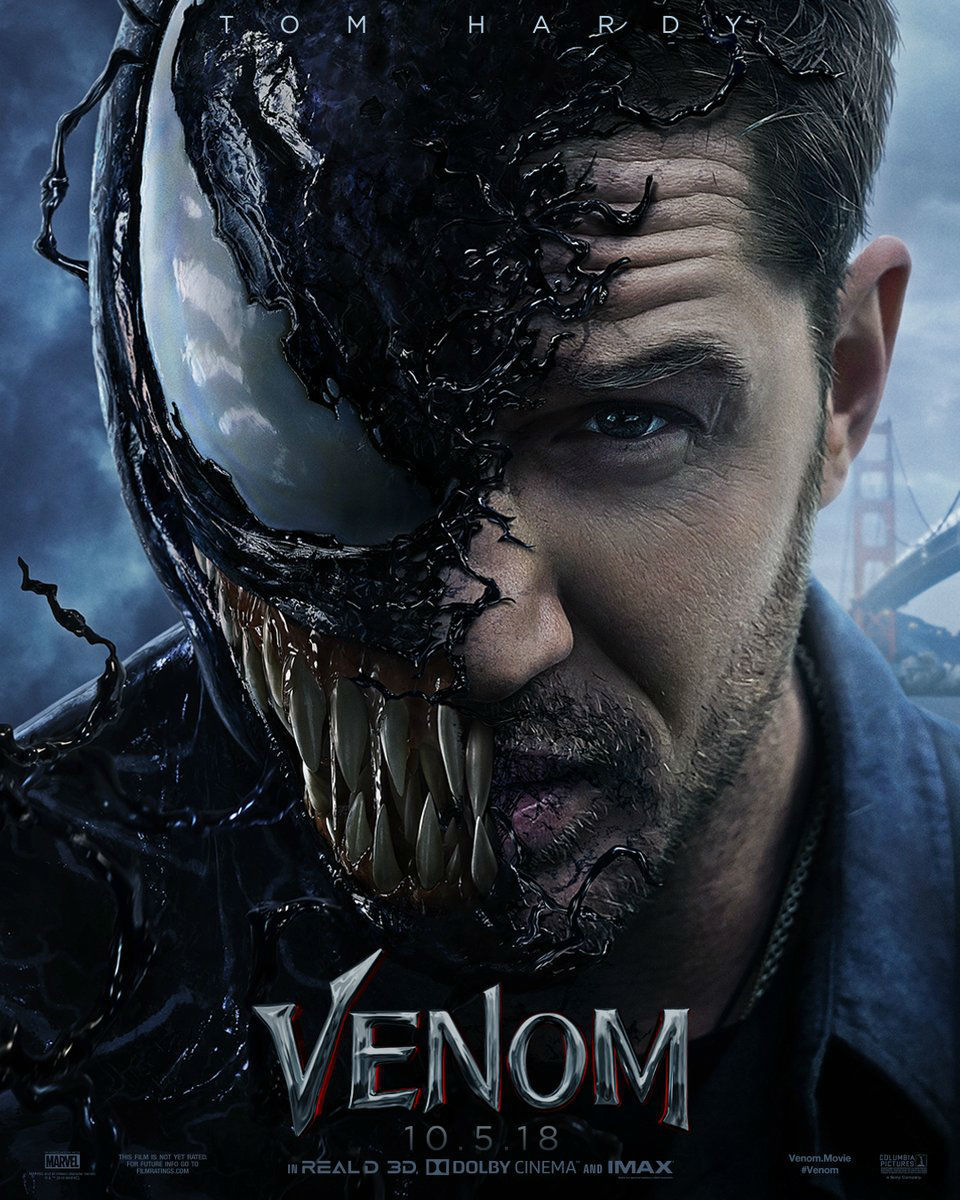 VVNG- When I told my friend Teresa that I watched this movie, she said she’d only heard bad things about it and that she actually heard a lot of people saying that it was as bad as Catwoman (the horrible one with Halle Berry). Suffice it to say, I was livid. There is NO way these two flicks are on the same level AT ALL. Venom is highly entertaining, with a great lead, great action and plenty of great humor. It is definitely not without its faults, but what (superhero) movie is?

I can only think of 3 reasons someone could have for not liking this movie. 1. -Tiny spoiler warning-  there is no friendly neighborhood Spider-Man in it, but I did not miss him at all. 2. The creators of this movie seemed like they changed some things from the graphic novel source material, but how can they fit over 30 years of history into a 2 hour movie? And 3. Because some people seem like they made up their mind about the flick before even watching it, and now they won’t admit that they actually enjoyed watching the bad-ass parasitic anti superhero alien kick butt in his very amusing origin story.

I give Venom, the “Checky™ Seal of Approval!” Tom Hardy is the main reason this movie is so enjoyable. He does a great job acting crazy, scared, sick, scary and confused. Sometimes it is a bit hard to tell what’s going on during the action scenes because of the erratic editing, but they are still really good. Even though the flick is a bit silly, I genuinely L’dOL more than a few times during it, and the story itself was pretty interesting and had a nice pace to it.

I don’t have kiddos so I can’t really advise you on whether you should take your younglings with you or not. I thought the movie was a bit too intense to be PG-13, but there were very young kids in the audience who were laughing and having a blast.

I say you should definitely check this movie out in theaters. Maybe you’ll love it, maybe you’ll like it or maybe you’ll even hate it. Whatever the case might be, I at least hope that you will admit that this film is far superior than Halle Berry’s Cat Lady (Sorry Ms. Berry, I still love you).

What did you think of Venom? Do you agree or disagree with me? Which flick are you checking out this week? Let me know in the comments below. Have a great day at the movies and don’t forget to save me some popcorn.

Official Synopsis: Journalist Eddie Brock is trying to take down Carlton Drake, the notorious and brilliant founder of the Life Foundation. While investigating one of Drake’s experiments, Eddie’s body merges with the alien Venom — leaving him with superhuman strength and power. Twisted, dark and fueled by rage, Venom tries to control the new and dangerous abilities that Eddie finds so intoxicating.