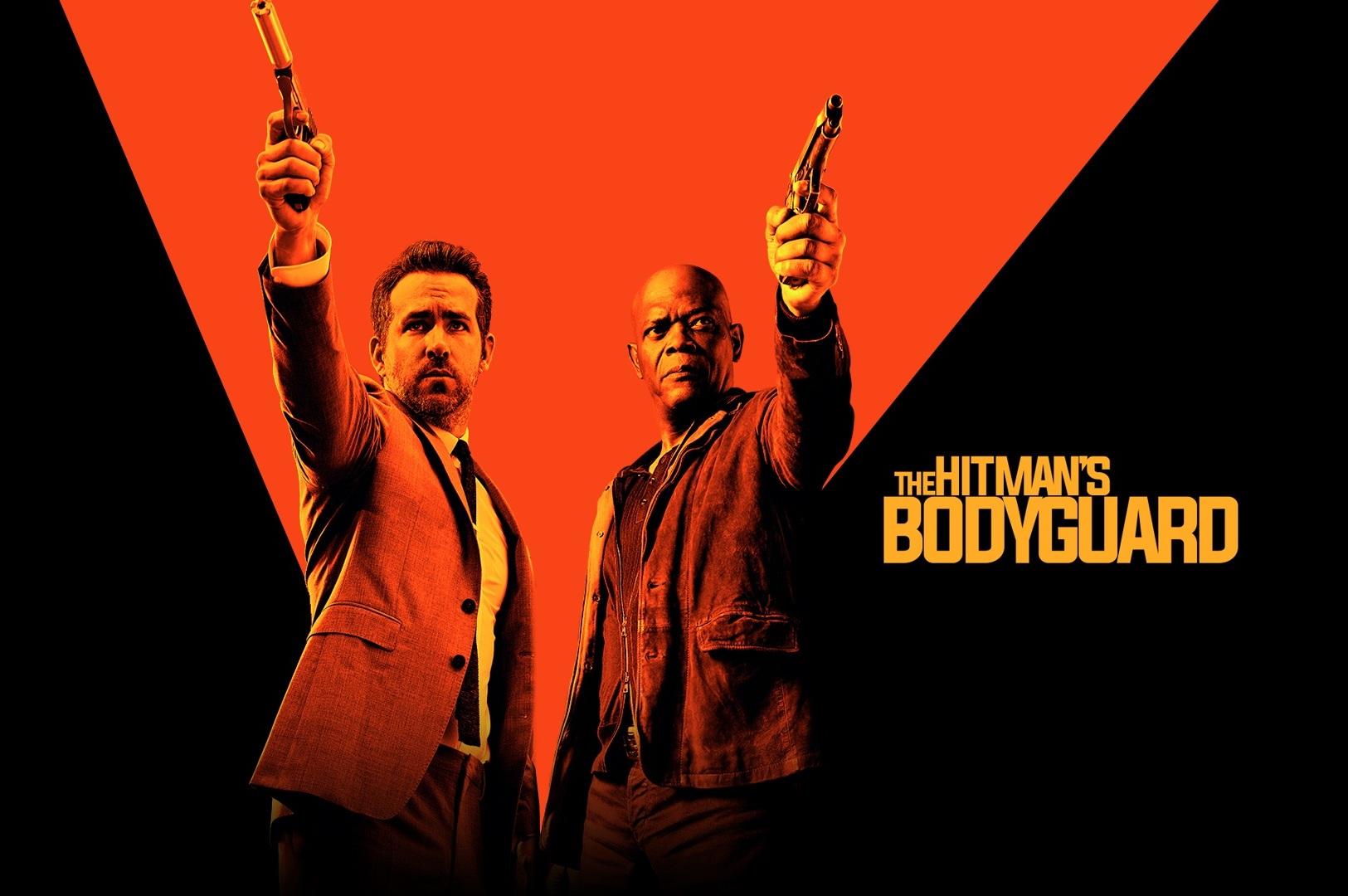 VVNG.com- The body count is almost as high as the number of times Mr. Sam Jackson says Mother-F****R, in this funny, fast-paced and action-packed rated-R flick.

Ryan Reynolds plays a debonair bodyguard that quickly falls from grace after one of his jobs goes terribly wrong. He hits rock bottom when he is tasked with protecting a highly lethal, extremely impulsive and unpredictable assassin played by Samuel L. Jackson. The arguments and fights quickly ensue between the deadly duo and, lucky for us, we get to sit back and witness all of the destruction and mayhem these two leave on their path to redemption.

I give The Hitman’s Bodyguard, the “Checky™ Sticker of Tolerance!” This film offers great comedy that might not make you drop to the floor and laugh, but it will at least keep you constantly chuckling throughout its entire runtime. In addition to the two main actors, Gary Oldman does a great job playing a very evil bad guy and Salma Hayek shines as a no-nonsense woman who is fierce, funny and oh so fine! The third act of the film is surprisingly intense and suspenseful and easily my favorite part of the movie. There are more than a few times where the events are really exaggerated and hard to believe, but they can easily be ignored by focusing on the high-speed chases, impressive fight choreography, and beautiful scenery.

Even though Ryan Reynolds and Samuel L. Jackson are basically playing an altered version of themselves, they are truly believable as the lethal characters they are portraying. I recommend you watch this flick because, even though it might be a bit forgettable, there is still enough action and comedy to make this action-comedy worth watching in theaters.

So, what did you think of The Hitman’s Bodyguard? Do you agree or disagree with me? Which flick are you checking out this week? Let me know in the comments below. Have a great day at the movies and don’t forget to save me some popcorn.

Official Synopsis: The world’s top protection agent is called upon to guard the life of his mortal enemy, one of the world’s most notorious hit men. The relentless bodyguard and manipulative assassin have been on the opposite end of the bullet for years and are thrown together for a wildly outrageous 24 hours. During their journey from England to the Hague, they encounter high-speed car chases, outlandish boat escapades and a merciless Eastern European dictator who is out for blood.