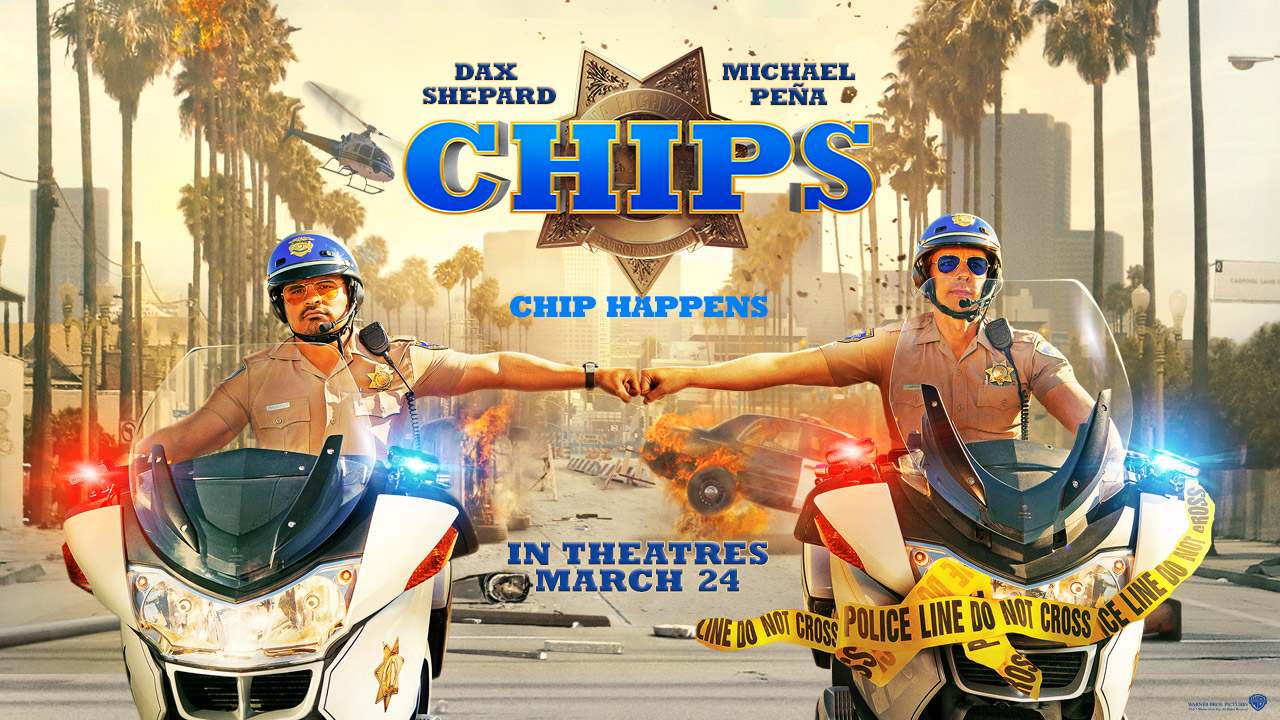 (VVNG.com) Honestly, I have only watched one episode of the 1970’s same-name TV show this movie is based on. The only thing I can say for sure is that this is NOT the family friendly story of two officers of the California Highway Patrol, like it used to be. Nope, this is a very funny but very crude remake, of said show, that takes the wholesome and innocent aspects of the original program and replaces it with nudity, violence and lots and lots of dirty jokes. Now I’m not saying this is a bad movie or anything. I’m just saying that it is not for everyone. There is plenty of clever humor and cool action sequences plus two main characters who are very likeable, but there is also an endless supply of nudity and sex jokes from start to finish. So if you were a fan of the show and are expecting to take a clean and harmless stroll down memory lane while watching this, you are in for a CRUDE awakening.

I give CHiPs the “Checky™ Sticker of Tolerance!” This flick might not be a non-stop gut-busting joke fest, but the story is entertaining and clever enough to maintain your attention while you wait for the many hilarity nuggets to drop and make you LOL. Michael Peña and Dax Shepard are very charismatic and likeable as the Highway Patrol officers Frank Poncherello and Jon Baker respectively, and Vincent D’onofrio (Daredevil) also does a really good job playing a supervillain-quality bad guy. I really don’t think you need to watch this in theaters and maybe you should stay completely away from it if you hate raunchy comedies. But if you are curious about it and want to give it a chance, you might just have a pretty good time watching (fictional) CHP Officers gone wild.

So, what did you think of CHiPs? Do you agree or disagree with me? Which flick are you checking out this week? What is your favorite movie based on a tv show, of all time? Let me know in the comments below. Have a great day at the movies and don’t forget to save me some popcorn.

Jon Baker and Frank “Ponch” Poncherello have just joined the California Highway Patrol in Los Angeles, but for very different reasons. Baker is a former motorbike rider who’s trying to put his life and marriage back together. Poncherello is a cocky, undercover FBI agent who’s investigating a multimillion dollar heist that may be an inside job. Forced to work together, the inexperienced rookie and hardened veteran begin clashing instead of clicking while trying to nab the bad guys.