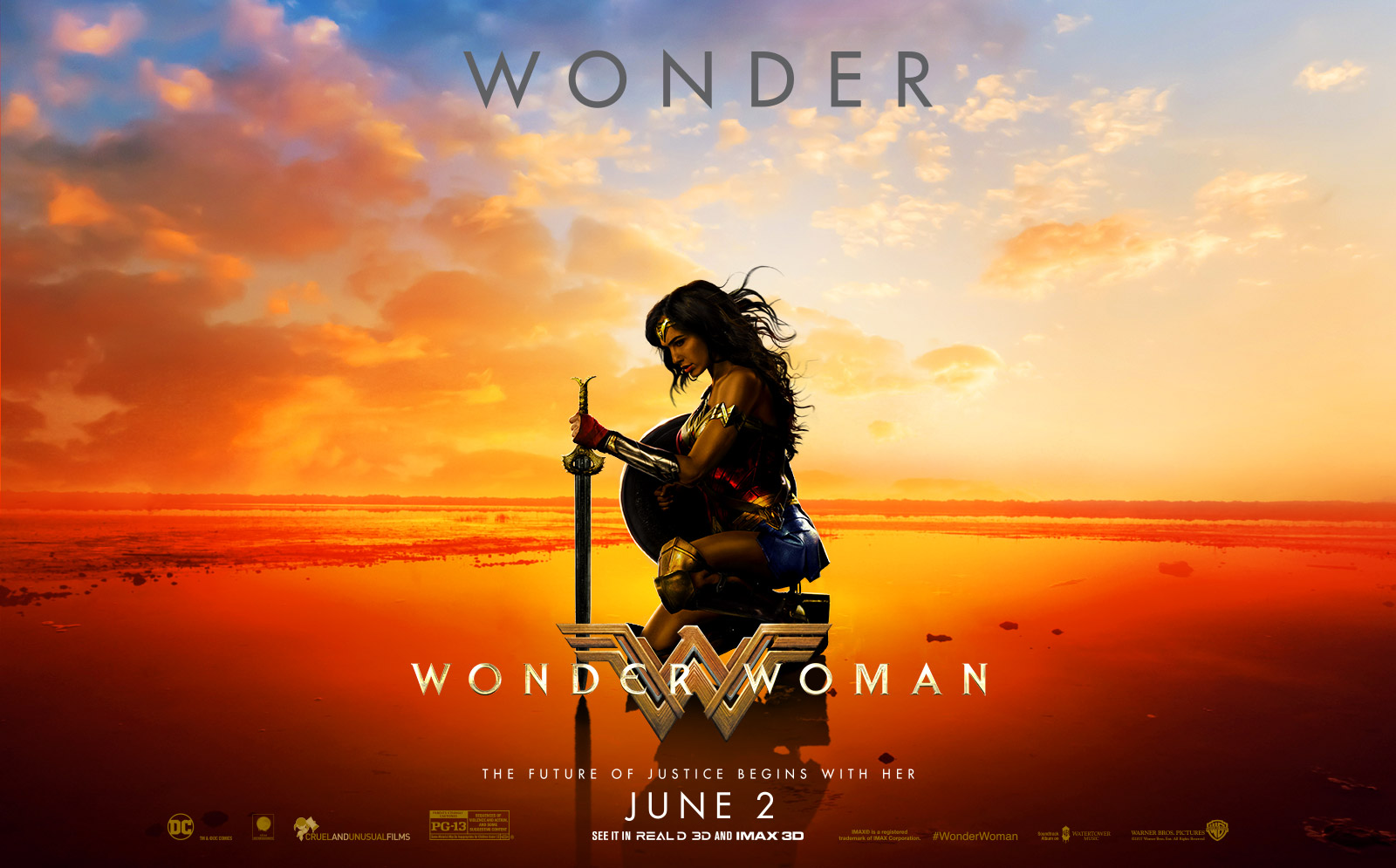 (VVNG.com) – I suggest you consult a physician if while watching this flick you don’t experience any of the following symptoms: Chills, accelerated heartbeat, giddiness, shortness of breath, spontaneous explosions of the mind, or an overwhelming feeling to get up from your seat to cheer and/or to ask Wonder Woman to marry you. Gal Gadot flawlessly embodies everything that makes the Amazonian Warrior such a badass. She expresses curiosity and wonderment in a very sweet way, she is believable when she is compassionate, she is strong when she is fighting, and she is tremendously brave when she faces anyone who is doing anything other than what is right. This movie may not be perfect but Gal Gadot sure as heck is, as a powerful, kind, righteous and oh so beautiful Wonder Woman.

I give Wonder Woman the “Checky™ Seal of Approval!” You will surely marvel at the elegant and powerful action sequences that showcase just how fierce the Amazon Princess is. Her fantastic theme song will give you goose pimples when it plays in the background, as she kicks lots of booty; and the way Wonder Woman, fearlessly, defends anyone who needs her help is truly inspiring.

I did have a few problems with the flick, such as the CGI being very cartoony in SOME sequences, the amazonian accents are annoying and sound robotic (except for Gal, she sounds natural), the jokes often feel forced and there are certain things in the story that don’t add up or prevent the flick from flowing more smoothly. However, these things become non-existent as soon as Wonder Woman does anything heroic and I think you should definitely watch this flick in theaters, specially if you are currently in the market for a new role model.

So, what did you think of Wonder Woman? Do you agree or disagree with me? Which flick are you checking out this week? Let me know in the comments below. Have a great day at the movies and don’t forget to save me some popcorn.

Synopsis: Before she was Wonder Woman (Gal Gadot), she was Diana, princess of the Amazons, trained to be an unconquerable warrior. Raised on a sheltered island paradise, Diana meets an American pilot (Chris Pine) who tells her about the massive conflict that’s raging in the outside world. Convinced that she can stop the threat, Diana leaves her home for the first time. Fighting alongside men in a war to end all wars, she finally discovers her full powers and true destiny.