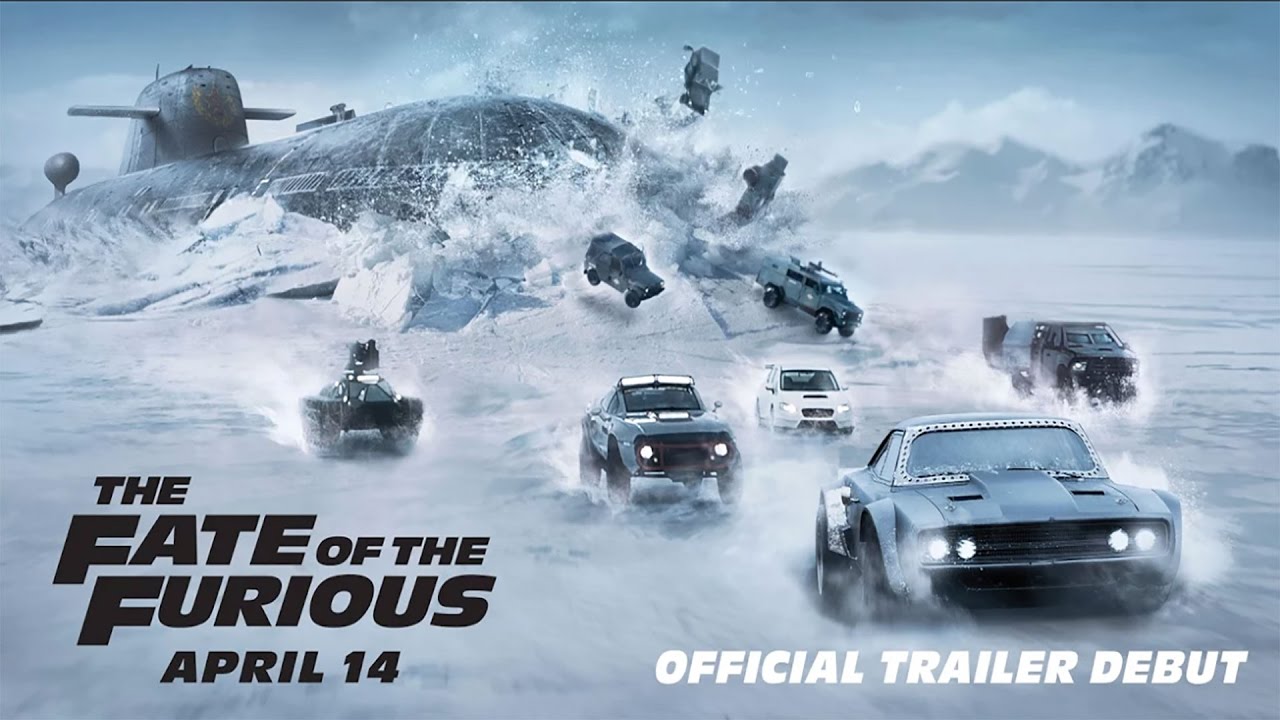 (VVNG.COM) – You want realism? Go watch the news. This is the Fast and the Furious franchise. If by now you haven’t learned that these movies replace logic with whatever they think will please their passionate fan base, then (that’s kinda your fault and) you will probably not enjoy this flick. Now, I’m not saying that the whole flick is nothing but mindless fun. The filmmakers actually do a great job making the unbelievable as believable as possible in a film where humans have superhuman strength, enemies become BFFs as long as they make each other laugh, and one bald mechanic street racer is so dangerous that no one in the world can stop him. So if you don’t mind all that and you just want to watch fast cars being driven, crashed and blown up in a furious manner across the globe, then this is the full throttle action flick for you.

The crew is back again for the 8th time (technically 7th because of Tokyo Drift) and, to change things up a bit for this occasion, they have to go up against their fearless leader, Mr. Dominic Toretto (Vin Diesel) himself. As they showed in the trailers, Dominic turns against his family and I was very satisfied with the reason he had for doing so. Now the gang must team up with former enemies to either take Dom down or to at least figure out why he is acting so cray cray.

I give the Fate of the Furious, the “Checky™ Seal of Approval!” Like I said, you know what to expect from these movies by now, if you want to watch actual car people doing realistic car things, go to Pep Boys. I will admit that this movie is filled with errors, cheesy comedy and far-fetched situations but it is also packed with lots and lots of fun. The effects in the movie are great, the action is explosive and fast paced, the story is interesting and a bit complicated but easy to follow and everyone in the cast is charming and fully committed to the insanity that is synonymous with these movies.  I appreciate that after popping out 8 of these flicks so far, the filmmakers are at least not cheaping out with the quality of the films. I suggest you race (not really, drive safe) to the theaters and have yourself a good time cheering for a group of criminals as they embark on another extremely improbable, but highly entertaining, adventure.

So, what did you think of the Fate of the Furious? Do you agree or disagree with me? Which flick are you checking out this week? What is your favorite Fast and the Furious movie so far? Let me know in the comments below. Have a great day at the movies and don’t forget to save me some popcorn.

With Dom and Letty married, Brian and Mia retired and the rest of the crew exonerated, the globe-trotting team has found some semblance of a normal life. They soon face an unexpected challenge when a mysterious woman named Cipher forces Dom to betray them all. Now, they must unite to bring home the man who made them a family and stop Cipher from unleashing chaos.

VVNG’s Entertainment News for the 2nd Week of April

VVNG’s Entertainment News for the 1st Week of April