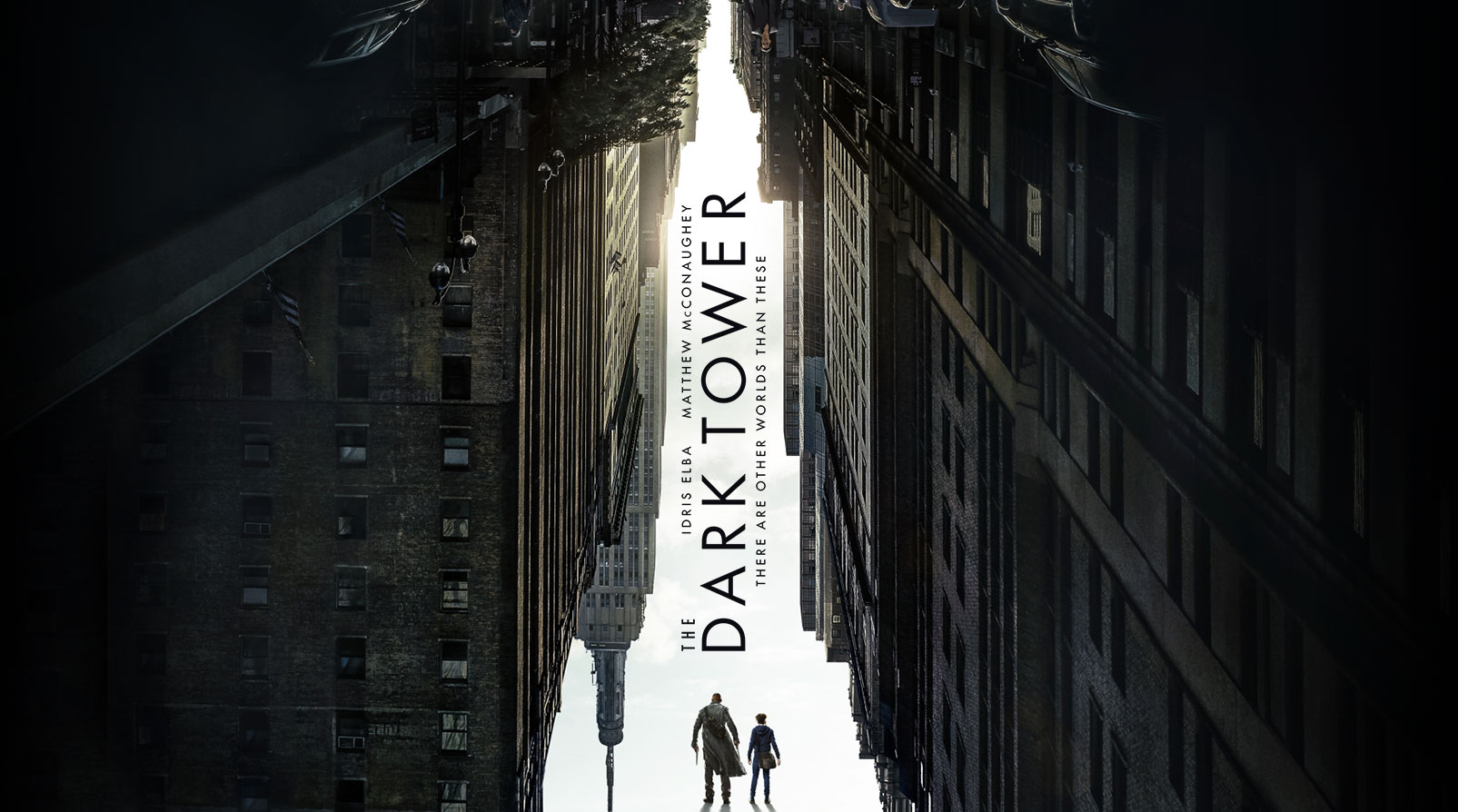 VVNG.com- It seemed like I was watching an excellent blend of sci-fi and fantasy in the first 20 minutes of this flick. However, I was tentatively waiting to see if this was going to be enjoyable throughout its entire runtime or if I was going to change my stance on the movie. After all, films that are based on a Stephen King book (and there are so many) are often times hit or miss, as far as quality goes, or they frequently fail while trying to live up to its source material. I have not read the Dark Tower series, but I seriously doubt that this movie is anywhere near as good as what the King of Horror wrote. Now I’m not saying that this film is a complete waste of time. I actually enjoyed the acting, the humor and most of the story. However, this movie leaves so many unanswered questions and has practically no emotional hook that I frequently found myself thinking about something else other than its uncompelling and thin plot.

The Man in Black (Matthew McConaughey) is trying to destroy a powerful tower that protects multiple dimensions in our universe. If he succeeds, darkness and destruction will fall upon everything in existence and only one man can stop this from happening, The last Gunslinger (Idris Elba). He must protect a kid (played very well by Tom Taylor) that has the potential to destroy the Tower if the Man in Black finds him and makes him use his brain power to do so. I don’t know why the Man in Black wants to do this, I don’t know who is inside that tower, I don’t know HOW the Tower produces its energy to protect us… None of this (and so much more) was ever explained. I think they are thinking of making a sequel but, they should have made this flick interesting enough for the audience to want to come back and hear what the answers to the unanswered questions are.

I give The Dark Tower the “Checky™ Stamp of Disappointment!” I really don’t think I will ever watch this flick again. I mean I don’t regret watching it, but the whole flick felt kind of empty. It didn’t have enough character development, things would happen without any setup, the motivation of the Man in Black is unclear and never fully explained, and I didn’t believe for one second that the world was in any apocalyptic-level of danger. Sure I enjoyed all the little easter eggs from other Stephen King works, I laughed at the scarce jokes and I was impressed with certain parts of the movie (like when the Gunslinger goes full John Wick), but I never really cared about anything that was happening on-screen.

I say you can skip this one. I really can’t recommend this movie if the first thing I will say, to someone who asks me about it, is: “Well I didn’t hate it.” This flick did, however, make me want to read the actual books whenever I saw little glimmers of interesting potential sprinkled inside this overall missed opportunity for greatness.

So, what did you think of The Dark Tower? Do you agree or disagree with me? Which flick are you checking out this week? Let me know in the comments below. Have a great day at the movies and don’t forget to save me some popcorn.

Official Synopsis: Roland Deschain (Idris Elba), the last Gunslinger, is locked in an eternal battle with Walter O’Dim (Matthew McConaughey), also known as the Man in Black. The Gunslinger must prevent the Man in Black from toppling the Dark Tower, the key that holds the universe together. With the fate of worlds at stake, two men collide in the ultimate battle between good and evil.