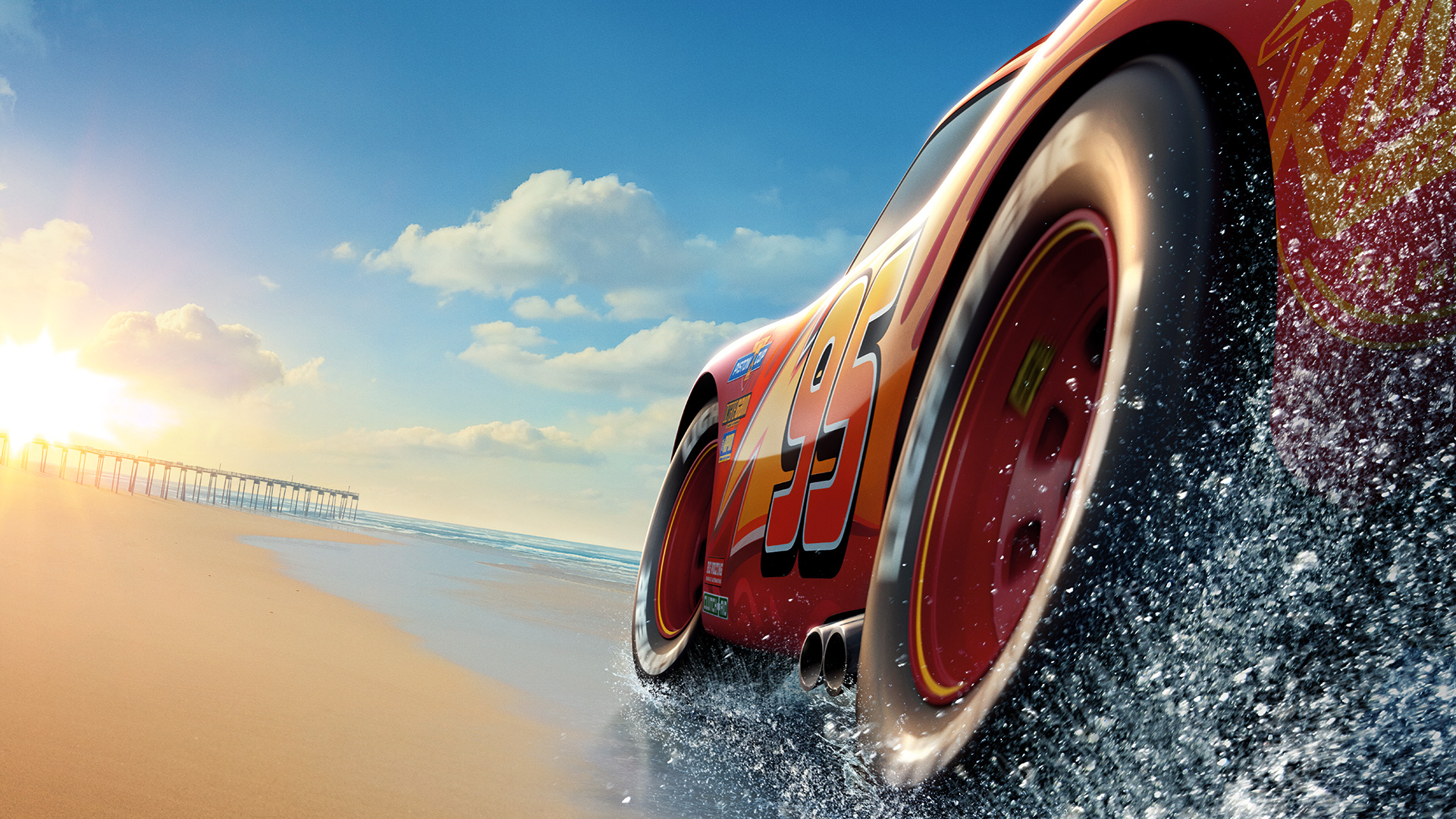 I am not really known for calling my car, “my baby” or for knowing how to fix its carburetor or flux capacitor or whatever. This is the first time that I can honestly say that I felt emotionally invested in automobiles and it is all thanks to Pixar for making such an emotional and fun, family flick.

I know the movie was made for kiddos but I had a heck of a good time, laughing and almost leaking some tear oil while watching this film. Leave it to Pixar to take inanimate objects and turn them into something I care deeply about.

In this 3rd part of the Cars franchise, Lightning McQueen (Owen Wilson) is not a young hotshot rookie anymore. He suddenly realizes that he is about to be forced into retirement when he has to race younger, faster and technologically advanced cars. Now it’s up to him to decide if he is just going to fade away or go out on top… And we get to enjoy watching as this exciting chapter in his life, dramatically (and comically) unfolds.

I give Cars 3 a revved-up “Checky™ Seal of Approval!” I like how they focused on the emotional side of the Lightning McQueen saga while still having lots of action and humor throughout the flick. The animated short that they show before the movie is very sweet and has a really good moral lesson. The jokes are never too silly and I appreciate that the movie doesn’t dumb down for kids.

The animation is not revolutionary or anything but it looks really crisp and colorful and the 3D is definitely worth the upcharge and makes you feel like you are right on the racetrack.

There isn’t as much Mater (Larry the Cable Guy) in this movie as before, but that’s ok. He already had his own spy movie. Instead, McQueen gets a new co-star named Cruz Ramirez (voiced wonderfully by Cristela Alonzo) that helps the movie be really funny and touching.

At times I did feel like the movie slowed down to the point where kids MIGHT start to lose interest, but it never gets boring. It felt like those slower moments were more for the grownups, so if your kiddos get fussy, just remind them who bought them their popcorn and tell them not to worry. Their patience will pay off once the exciting and exhilarating last part starts.

So, Ladies and gentlemen, start your engines and race (not really, obey all traffic laws) on over to the theater so you can reward your children for making it through another year of school with yet another Pixar gem that is pretty much what would happen if Rocky Balboa was a car.

So, what did you think of Cars 3? Do you agree or disagree with me? Which flick are you checking out this week? Let me know in the comments below. Have a great day at the movies and don’t forget to save me some popcorn.

Synopsis: Blindsided by a new generation of blazing-fast cars, the legendary Lightning McQueen finds himself pushed out of the sport that he loves. Hoping to get back in the game, he turns to Cruz Ramirez, an eager young technician who has her own plans for winning. With inspiration from the Fabulous Hudson Hornet and a few unexpected turns, No. 95 prepares to compete on Piston Cup Racing’s biggest stage.