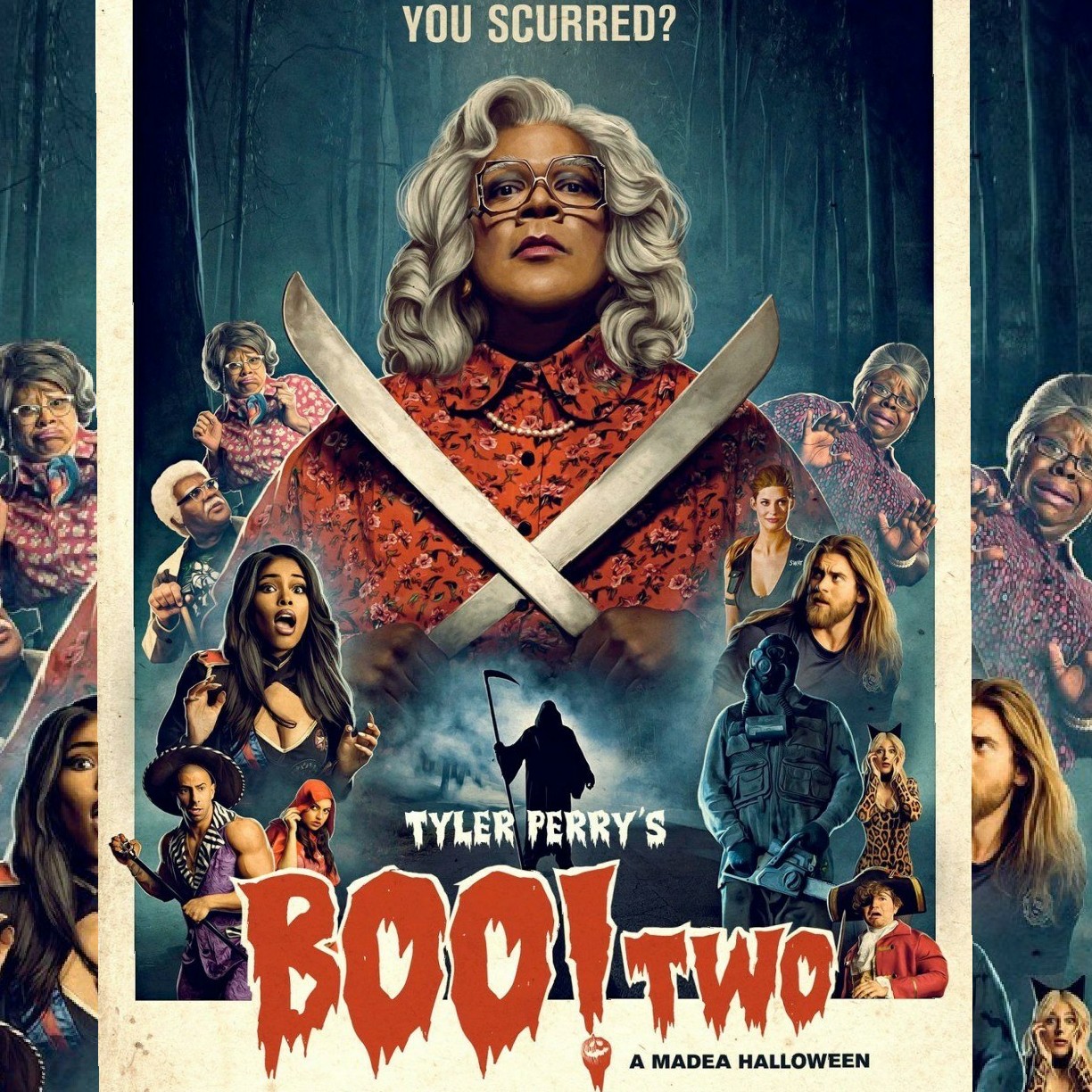 VVNG- There’s a reason why there are so many fast-food options available to chose from, because not everyone is going to like the same thing. If you enjoyed this flick or are thinking of watching it because you have enjoyed previous Madea movies, I have no problem with that, but you should stop reading this…. I hardly have anything nice to say about Boo 2!

The amount of times I laughed during the flick is nothing compared to the amount of times I cringed at the bad acting, bad dialogue, nonsensical plot and totally unlikable young cast. Tyler Perry’s acting is not the reason this movie is bad, he was actually pretty good as the 3 characters he plays (although the “hoe” jokes from the old man got repetitive real quick). The physical comedy in some parts is hilarious, some of the jokes made me chuckle quite heartily and I was able to catch a very tiny glimpse as to why people love Madea so much. However, there isn’t enough to save this lazy film from being nothing more than a juvenile cash grab, full of stereotypes, that does not respect its audience enough to give them any sort of artistic quality.

Tyler Perry throws a birthday party for his super bratty, unlikable and ungrateful daughter. While attending the birthday bash, Madea overhears the daughter planning to go to a Halloween party with her friends at the lake where some murders happened. Madea tells the parents and they do nothing to stop the girls. Madea then goes and checks on the partygoers and they get scared when scary characters start to appear.

I give Boo 2! The “Checky™ Brand of Shame!” Back to my food analogy, whenever I watch a film, I don’t expect it to be the best movie (meal) ever made I really don’t need every movie to be a masterpiece (delicious ribeye steak) in order to appreciate it. Sometimes I like to enjoy a cheap burger-flick that I know has no nutrients and is totally bad for me. This flick, however, is more like the week old sandwich at a gas station everyone should stay away from. The dialogue is unrealistic, the acting feels like it’s straight out of the kind of porn movie people make fun of in other media, the plot is very thin and makes almost no sense at all and the young characters are really unlikable and annoying (except for the the best friend).

I say you should try to avoid this flick if you are not sure whether to watch it or not. Don’t let this be the first impression Tyler Perry has on you.

So, what did you think of Boo 2? Do you agree or disagree with me? Which flick are you checking out this week? Let me know in the comments below. Have a great day at the movies and don’t forget to save me some popcorn.

Official Synopsis: After venturing to a haunted campground, Madea, Bam and Hattie must run for their lives when monsters, goblins and the boogeyman appear.

MOVIE REVIEW-The Foreigner: Jackie Chan Is Almost Completely MIA In His Own Movie